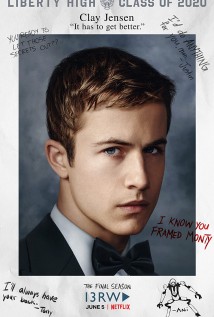 Follows teenager Clay Jensen, in his quest to uncover the story behind his classmate and crush, Hannah, and her decision to end her life.

Ani is a getting on my nerves. She is nosy, two-faced and a liar. Had to try 4 times to watch the series and get past her annoyingness. I just want the old gang back without her.

Disappointed is all I'll say. People may disagree but this is honestly how I feel about the show.

Season 1 was 9/10 for me. Brilliant season. The shock factor made this show stand out. It felt like a refreshing presentation of not very commonly talked about situations. I do advice a little discretion if you're going through a tough time as it can have negative effects inadvertly. The show should have ended right here, and no one would've complained.

Season 2 is a drag. A very huge dip. It still ties to the main story but draws a lot of different branches, each of which explore the main plot from Season 1. Still watchable.

Little "extra" details ahead: Season 3 is a disaster in my honest opinion and hence you see the earlier 9/10 become a 3/10. I don't want to spoil anything exactly, hence I can't give away precise details. The third season doesn't even feel like 13 Reasons Why. It is so overly obsessed with "who does what" and "who is it" over 12 episodes while contributing contents of character development which doesn't even get utilized in the 13th (finale) episode. There's a new randomly introduced character and that character is supposedly someone the viewer should care for, for some odd reason. They tried character development to impact the viewer's perspective, but I feel like the execution was poor.

Season 4, here we go. Not as big a disaster as Season 3. I've seen people hate it and I totally understand why. The season is weirdly paced. Sometimes it feels dragged, sometimes it feels forced. There's too much unnecessary information again. What started off with the first season has zero relevance to this season, at this point. That being said, I think it's good to see them wrap it up. It could've been worse. Coming out of season 3, I didn't know what to think. But it is not as worse as I imagined it to be. It's still below average in my opinion, but at least they concluded the story without making an even bigger mockery of it. The emotional touch at the end did influence my opinion on the season.

Dylan (who played Clay) was great throughout the series. Katherine Langford did a really good job with potraying Hannah. Tyler, Justin and Bryce were well acted out too.

The show had a very limited shelf life. The show should've ended with Hannah's story. I think the creators should've acknowledged this simple fact. The story fell apart as the timeline progressed, even though the acting was top notch. It's a shame. Regardless, the first season of the show will always stand out to me. It will always be one of my favourite seasons of any show. Anything after that? I'd probably avoid.

I mean why she has to poke noses of all. She is out of nowhere character.

I have never written a review on here before, but use it religiously when watching something new. For people like me I felt like I needed to write a review about season 3. I am only giving it a four because season one and two were actually good. But season 3 is so disappointing, and makes my rating that low. This new character Ani is horrible! Everything about her is annoying, her voice, her personality, her lies, EVERYTHING. She came out of left field, doesn't even fit with the original characters. She has absolutely nothing to do with Hannah, which was the original point of this show. It's just very disappointing and she should of never been brought into the group.

I have seen 2 episodes of S3 and I cannot stand Ani...It took 2 seasons to understand all the characters and they are giving more screentime to the new chick, it doesn't work that way.

Ani makes me feel like we accidentally turned on audio description & can't turn it off.

The first series was exceptional and I did enjoy season 2 despite the Hannah visions. Season 3 though...... How is this new girl trusted by everyone? How did she become so close to Clay so quickly? Why is Hannah barely mentioned? The tapes were released publicly she could easily have listened to them. She is obviously ridiculously interested in the group so it makes no sense that she wouldn't listen to the tapes!

I do think the whole storyline for series 3 would have been great without the awful commentary from Ani. It's just completely unnecessary! It makes sense that Bryce could be killed but we are so connected to the other characters that they would have been able to explore this story without the need of Ani! Nothing against the actress, she does a good job with what is written. It's the whole part that is just completely unnecessary & highly irritating.

I am English, so it's not the accent that grates on me. It's the personality of the character. It's making it very hard for me to keep watching! I have watched series 1 & 2 a few times each. The music & the intertwining stories were great but I will never be able to watch this series again. I want to press mute whenever she speaks!

I came here to write a review specifically about the character Ani, but upon seeing previous reviews, there's nothing left to be said. The show apparently needed a voice in the background because Hannah isn't there to do it, so they introduce us to a RANDOM character and make us believe she was included in this very VERY closed off group because...that's exactly how high school works, right? Love the actress, hated the character. This show turned teen detective very quickly, and the main story line is everyone is lying about something, but what clue can us teen detectives find at the end of each episode to bring truth to a lie. Every time.

I DO have to say something about the cinematography and lighting and editing. That was awesome and these poor teams hardly get credit. The seamless transitions to flashbacks worked like, for the lack of a better term, like magic. You watch a character walk away, but in the same shot as the lighting changes see the character emerge again in the flashback. Standing ovation for that. I loved it.

First season brilliant. Second was alright but the third is awful. You can't add a new character and make her the main part. I hate her and can't watch it because of her. Going by other reviews I'm not the only one. Whoever wrote her part needs punishing 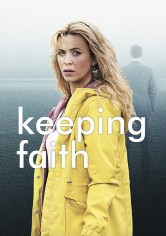 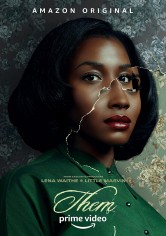 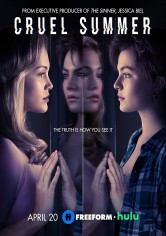 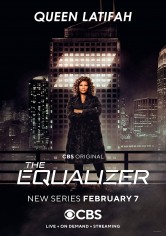