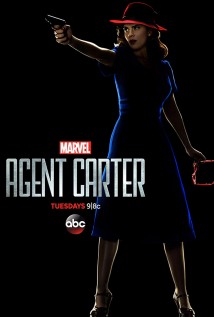 In 1946, Peggy Carter is relegated to secretarial duties in the Strategic Scientific Reserve (SSR). When Howard Stark is accused of treason, he secretly recruits Peggy to clear his name with the help of his butler, Edwin Jarvis.

piabet yeni giriş. If you loved Peggy on Captain America: The First Avenger then this show is a must watch. The first season was just fantastic and I loved everything about it; the plot, the characters, the settings, etc but season 2 didn't have the same captivating plot but I still enjoyed it either way and I'm so annoyed at how it ended. I need a season 3 to see what happened.

If you loved Peggy on Captain America: The First Avenger then this show is a must watch. The first season was just fantastic and I loved everything about it; the plot, the characters, the settings, etc but season 2 didn't have the same captivating plot but I still enjoyed it either way and I'm so annoyed at how it ended. I need a season 3 to see what happened.

Agent Carter watchseries. Incredible really, how Haley Atwell and cast along with the writers, costume dept, action/stunt organisers as well as set designers have created something highly unusual: a high quality film production disguised as a TV show. So what exactly has Agent Carter done that's different? Well, dear reader, every scene's astonishing attention to detail might have something to do with it, suggesting the people involved love AC, having taken it to their hearts and boy does it show!

What an amazing breath of fresh air, the dialogue is exceptional, the period design extraordinary, the premise thrilling and the action exciting, somewhat more reminiscent of Indiana Jones than your typical TV fare.

Meanwhile, the ratings reflect audience appreciation, even though the show has not been marketed heavily, episode by episode the numbers have really started to pick up with DVR outdoing live viewing which itself is an outstanding achievement. Agent Carter compares very favourably to AoS as well as Gotham even though they both received a high level of promotion. It is this fact as well as all the other favourable elements that suggests Agent Carter is here to stay and hopefully other networks might learn a lesson or two on how it should be done.

I look forward to many more of Peggy Carters adventures with a reborn sense of fun and excitement!

I love the retro theme and Agent Carter herself is just so appealing. Classy, elegant, yet smart and knows how to kick some butt! They've taken a supporting character from the Captain America films and gave her her own world, and its full of adventure! The only thing I don't get is what is Jarvis' motivation for risking life and limb for Ms Carter. It made sense in season 1 when they were both trying to clear Stark's (Jarvis' boss) name, but in season 2 it just seems weird.

But that weird thing aside, the show is great! It's very different from other Marvel shows or movies.

I also like how they are gradually building depth into the character such as when they showed a bit of her history back when she was engaged to someone. This makes her more 'real' and humanizes her.

I really loved the two hour premiere. Loved the time setting, loved the spy plot, and loved the supporting cast (Edwin Jarvis is great!) Haley Atwell as Peggy Carter is just wonderful. Great actress, great role,and she is very easy on the eyes. I hope they bring in more Super Hero related items or characters too (Cap wasn't the only one). Perhaps smaller characters like the Human Torch and Toro, or the Sub-Mariner. Heck, maybe even the Winter Soldier. As long as they keep the theme essentially the same, and build on the world, the show is a winner for me.

Looking forward to the next episode.. :)

We need this show renewed, despite the Low amounting viewers, there are people who loves this show and need more seasons, especially when we landed on a cliff hanger, I love the actress and actors. Please someone renew this wit more seasons and longer episodes

Agent Carter turns out to be an interesting espionage and period series. It serves as a nice prequel to Agents of SHIELD, and if not a better TV series overall, although it's early to tell.

All the references and "easter eggs" in the two part episode premiere are great but this is not what makes the series special, it is the feeling you get watching Agent Carter. The music, the cars, the typical diners, the jazzy clubs, 1946 New york,... All this elements make Agent Carter a stylish piece, relying on Peggy Carter, not only as an action hero but a woman in the 1940s.

If you love Marvel, you're going to have fun with this one. And even if you're a non-marvel fan-boy/girl, you'll be satisfied with the tone of the Series and Peggy Carter kicking some ass.