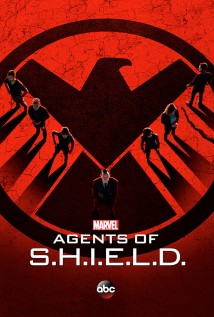 The missions of the Strategic Homeland Intervention, Enforcement and Logistics Division.

matbet. It started really slow on season 1 kept on watching for the fact that Phil Coulson was in it but my god what a journey the show has made for past 7 years. It was emotional, humorous, action packed, thrilling and intriguing. The ending season was basically a gift to long time watchers by bringing back so many old faces and story-lines from previous seasons. Very logical and satisfying ending of the series and creating a big possibility for spin-offs.

It started really slow on season 1 kept on watching for the fact that Phil Coulson was in it but my god what a journey the show has made for past 7 years. It was emotional, humorous, action packed, thrilling and intriguing. The ending season was basically a gift to long time watchers by bringing back so many old faces and story-lines from previous seasons. Very logical and satisfying ending of the series and creating a big possibility for spin-offs.

Agents of S.H.I.E.L.D. watchseries. I reviewed the show during the first season, when it was just off to a rocky start, and I said it had potential. But that potential has been satisfyingly reached, and continues to increase with every consecutive season. Without giving any spoilers I'd like to know that there are a lot of twists later on in the first and second season, that really make it a lot more worthwhile to hang in for, and when you go and re-watch the first season with those twists in mind, you realize that it wasn't just something they threw in to make it more interesting, it was something they planned from the beginning and dropped little hints towards that no one noticed. Ward was my least favorite character, until his true nature was revealed, and then when you go back and look at it with the experience of later events, you can see that there's much more underneath the surface. They were playing the long con, fooling people and thinking they were an average episodic show, when they had much more in mind for it. I have never been excited for any episode of agents of shield as I am the season three premiere, and I can't wait for the secret warriors story arc. The 10 I'm rating this is a bit preemptive, because I expect that season three maybe one of the best things to happen to the Marvel universe since Iron man 1, but it's also a bit of an apologetic rating for misjudging it early on in the first season. I now prefer agents of shield to arrow which used to be my favorite superhero show, but is now trailing in a close second.

The visual effects get a 10 out of 10, on par with supernatural or fringe The acting gets an 8 out of 10, added points for Agent may, Skyes impressive character development, and a lot of the humorous moments between Colson and Nick fury, or the infinite likable agent tripp, points docked for Fitz and Simmons "trying to sound smart" speak in season one, although a lot of their more annoying badly written character quirks are ironed out by season two The writing gets a nine out of 10, mostly because hard to write something I don't see coming a mile away, though it might be a bit generous considering a few of the missteps in the early episodes of season one

The fight choreography gets a nine out of 10 for how well it blends with the visual effects, though it might've been a 10 out of 10 if daredevil hadn't come out with that awesome fight scene in the hallway the same year

I now have nothing but high expectations and hopes for the show and I hope it only improves further. A few areas of improvement include Bobbi Morse who is not likable at all, and maybe some kind of seriously superpowered villain, or possibly the skrull invasion, or something on par with that? So far the major antagonists are a bit interchangeable, Whitehall being the major exception, who is probably the best written villain yet. But I feel this show does best with the villain that is both superpowered and covert, mixing subterfuge, espionage and superpowers in action. But the good news is they set up the foundations to make something like that happen spectacularly

Agents of S.H.I.E.L.D had a rocky start considering it's inception was the brain child of Joss Whedon and with backing of Marvel off the back of the hugely successful Avengers movie. The show suffered from being in the shadow of the movie verse and over promised on something that it never had the ability to deliver which was a story inter-woven with the events of the movies. I could pick apart the show's first season for hours talking about the trouble of episodic T.V in a world that has moved on from that and the poor execution of and end of season twist with one of it's characters. Most viewers tuned out after that and it's a shame because the events The Winter Soldier was the best thing to happen to the show. It allowed the show runners to break away from the movie's and to do it's own thing and this is where the show became interesting. With a greater focus on it's own cast and telling their own stories this is a show that season by season has taken some exciting twists and turns and broken out of the mould it's own frame work. AOS has done unusual of starting bad and getting better each season, it has matured well and I would encourage anyone with an interest in good sci-fi or hero-esc stuff to give it another go.

Agents of SHIELD is by far the best TV show based on Comic character (beside Netflix Marvel series like Jessica Jones Luck Cage , Daredevil and Iron Fist ) the characters are well develope . It's not like typical Superhero show with particular Villian and our hero defeat him and save the world , it's very complex and well written . the story is running parallel with the Marvel's movies (but without huge spoilers ) , and make you feel that marvel's world is so big and connected . Phil Coulson is the protagonist in the show but they don't focus on that , they give other character a very huge part in the story and you keep forgetting that there is a central character , and the character are so intersting , facinating and complex . It's worth watching and i hope they continue produce more seasons .

I remember how I felt after watching the first episode. It was 'meh' to describe it best. I think it was only out of sheer boredom I continued to watch it. I especially didn't like Skye. I found her too intrusive and irritating for my liking. But I knew the show still had some potential. The other characters entranced me. Sure the plot was bland and boring but I knew it was only the first few episodes out of twenty two. This meant there was room for development. And by gum did that last episode delivered.

The things with new series are is that they require patience. You have to be very picky if you expect an amazingly complicated plot right at the beginning. A slow start makes sense. It matters on where the show takes us afterwards. And we've been to a lot of places in AoS. It just took time to pull everything together for a neat finish. And I'm glad they took their time; how else are we able to achieve such a deep and rich relationship with all the characters?

I find it really funny how some of the viewers are still bitching about how there were no major SUPERheroes featured in the show. Well, the show made it clear that it was gonna be about the agents and the strength of humanity. Who cares the mains don't have any superpowers? It made me admire them only more.

This show lacked nothing at the end. But perhaps I shall give it a nine for the minor inconvenience of the first couple of episodes.

This show is simply amazing, it has great writing, superb acting, unpredictable storylines, deep and interesting themes, great attention to details, and amazing pacing, it's the best show when it comes to using a 22 episode season without being full of filler. The characters on this show are quite well written, they feel, talk and act like real humans , I care about all of them to some extent..in fact, I might be more invested in their lives than I am my real friends..oops! It's not only the main characters though, I often find myself really loving characters that only show up for few episodes, all the props to the writers and the cast. Now the show isn't perfect, it does take some time to gain momentum, the first season while enjoyable is rather slow compared to the rest of the show. also the show tends drop storylines or leave some things unexplained, that doesn't bother me personally, but might bother others. There is also the connections to the rest of the MCU, which some people see as not enough, others too much, and yeah it can be a bit frustrating when the crossovers you imagine don't come through, but it's not something I'd hold against this show, I think they write around the MCU well enough, all things considered. In fact, I like that the show adds a 3rd dimension to the movies, It is more interesting to me than characters showing up for a quick team up or the like.