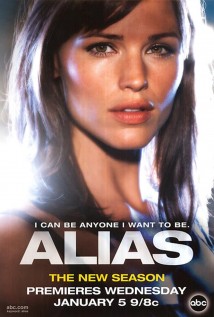 Sydney Bristow is an international spy recruited out of college, trained for espionage and self defense.

piabet güncel giriş. Simply amazing, from the second I turned it on to the last episode (after which I didn't know what to do with myself) I literally couldn't stop watching. I needed up staying up til 3am watching its immense. Such a strong female lead with so many twists and turns. A show perfectly done- the writing, the acting, the costumes, etc. I'm still hoping for a spin off.

Simply amazing, from the second I turned it on to the last episode (after which I didn't know what to do with myself) I literally couldn't stop watching. I needed up staying up til 3am watching its immense. Such a strong female lead with so many twists and turns. A show perfectly done- the writing, the acting, the costumes, etc. I'm still hoping for a spin off.

Alias watchseries. ALIAS is the drama series I could never decide whether to be loved or hated. Probably one the most entertaining shows I've ever seen on TV, but also one of the biggest disappointments in my life. Now, how comes that? Arguably, Alias is a great example on how to ruin a drama show that started out with such a great potential. Not with a ground-breakingly original idea (the show obviously resembles La Femme Fatale Nikita and dozens of similar espionage stories), but with its interesting characters and slightly unrealistic but rather clever story lines and plot twists, it DOES manage to get you hooked, after just a few episodes (provided you get to see the right episodes). It sounds good so far, so what the hell went wrong?

Well, during its 5-years run, nearly everything. Too bad Alias never managed to become a mainstream show, somehow it always remained kind of underground, a cult show, having said that its ratings never were what network executives expected. Which, despite the initial hype around the show, really was a shame. That was why the network finally decided to tamper with Alias, and the results were somewhat mixed. So it wasn't long before the show started to lose its fanbase, its core audience, and since the show never had sky-high ratings, I consider losing its fanbase... well, the obvious downhill of Alias. For me, it definitely was season four, when ABC had an attempt to introduce Alias to a larger audience, so they had JJ Abrams reboot the show, yet again. Nothing wrong with that... except it went horribly wrong, in my opinion. ABC's idiotic mandates such as avoiding any potentially great long-term plot or mystery (including Rambaldi) made the show so simplistic, so dumbed down, that you might as well have watched any other drama series involving dumb CIA agents fighting dumb terrorist organizations. Gone are the plot twists, the interesting story lines, even the cliffhangers, Alias had lost nearly all of its elements that kept us watching it week to week, only to introduce awfully uninteresting, clichÃ©d stand-alone episodes and dumb criminals that no-one ever cared about. Only when the fourth season came to an end, it was terribly disappointing too. The writers' attempts to make up for the boredom in the first half of the season were absolutely ridiculous, and I just couldn't believe why the same producers that banned Alias from being intelligent and creative (not to mention the Rambaldi storyline) let the season's (and apparently the Rambaldi storyline's) conclusion turn into something that resembles some low-budget 70's horror flick. Undoubtedly that was when I realised that Alias had turned into something it was never supposed to be, and I was praying that the fifth season would somehow make up for the disappointment of the fourth.

Sadly, it didn't. Banning Rambaldi again for about the half of season five (but at least not being so desperate about the self-contained format as in season 4), the network clearly had no idea about what they were doing and how much harm their tampering would cause to the show. However, it quickly became clear that Alias would be cancelled, so all we could expect that all the story lines and mysteries would finally be resolved. We also hoped that it would go out with a bang - with the same bang it was introduced to us. But every now and then, we were let down. Really let down.

Most of the blame should fall on ABC, for constantly dumbing down Alias and turning it into something it was never supposed to be, and JJ Abrams, who had

This show is one of the most consistently entertaining shows I have seen. If you've a mind to, as many seem to do, you can find any number of reasons to rate this programme lowly but it is undoubtedly one of the best shows of recent years. It doesn't take itself too seriously but manages to involve the viewer time after time with character development and the intricate plotting. Garner takes on the lead role enthusiastically and, even in the most absurd situations, carries it all off with great aplomb. Victor Garber, as Jack Bristow, is the mainstay of the show and deals with everything that comes his way in a professional and confident manner. All the other characters (and actors) fulfil their roles superbly. Anyone who thinks this show is poor either enjoys badmouthing or cannot appreciate simple enjoyment. Sit back and enjoy.

I simply cannot understand anyone who slates this show, unless perhaps they simply were not intelligent enough to follow it's superbly complex and intricate story. The immaculate acting of both Victor Garber and Ron Rifkin alone should be enough for anyone, but the incredible plot twists and threads, superb character development and, dare I mention it, exciting action sequences too, just add to this outstanding show.

Personally, I was hooked from the first episode, but I strongly urge anyone who has either never seen it, or seen a few episodes and dismissed it, to give it a chance. I agree it might be a little frustrating, particularly in the first two seasons, because (much like that other fantastic JJA show, Lost) each episode leads directly into the next and so missing an episode can be confusing, but it really is worth it.

Watching the final episode and understanding just how everything in the past five years has been building up to the conclusion made me realise just how talented the writers were. Although I am glad the show went out on a high (although there never really was a low point), I still mourn the loss of possibly the greatest television show on Earth.

Just watched the whole series again. Still one of my all time favourites. Extremely binge-worthy! Loved every moment. Amazing actors, a fantastic storyline and awesome dialogue. The perfect combination of action, romance, intrigue and wit. Do yourself a favour!

I love this show. That being said, it has some flaws. You can tell when it went downhill is when J.J. Abrams stopped working on it regularly. Season 1 is great, Season 2 is great, Season 3 was OK, Season 4 not so great, and I'm going to pretend Season 5 didn't happen. I'd have to agree with some of other reviewers on here, it seems like they ended up with a bunch of different writers that lost direction or understanding of what the show was about and where it was supposed to be going. It started out as a spy show with a hint of sci-fi, and ended up the other way around which was just weird. It seems like the only person who really understood the whole Rambaldi thing was JJ. I think that the actors did a good job with what they were given. Watch Season 1-3 if you want to check it out. Its on Netflix as of 8/16.