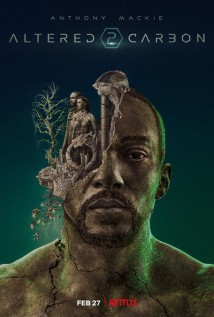 Set in a future where consciousness is digitized and stored, a prisoner returns to life in a new body and must solve a mind bending murder to win his freedom.

Season 1 is one of my favorite SciFi-Shows of all time!

The story is intelligent, full of twists, witty, brutal where it's appropriate and overall highly enjoyable. It explores the effect of the stack technology on society and personal life from so many different angles: Many consciousnesses in one body, one consciousness in many different bodies, one consciousness in many cloned bodies, copying consciousnesses... On top of that we get a "Sherlock Homes" detective case, a shakespearean family drama and tackle the question what it can mean if humans live forever and become like greek gods. The production quality is awesome, the characters are believable and well thought out, the dialogs fit the characters, soundtrack is great, camerawork also, so is the editing. Nothing feels cheap about it. And then Season 2 comes around...

And is none of that. Characters are flat, the story is predictable and boring. Scenes are often so dark that you don't see anything. Camerawork is sloppy, editing feels rushed. Even the soundtrack is not that good.

Honestly, season 2 feels like I am watching a cliche sci-fi show without any noir/ detective/ dark feels. These are the things that made season 1 great and you guys completely removed them in the followup. Please don't make season 3 if you are going to make it like season 2.

I'd like to let any writer, producers, actors in the second season know that I've been looking forward to season 2 of Altered Carbon for a year now and I am so thoroughly disappointed. The writing is trash, the acting lacks, and the overall feel of the show is ruined. So many mistakes made with season 2. If I don't even want to finish it, who will?

3* goes to Season 2!!! AC first season was 11/10! The best in the past decade! And I was waiting so badly and so long for season 2, but after watching it, I'm so disappointed!!! Season 1 with Kinnaman and Purefoy and that fantastic world and flawless script was the best ever. Netflix really made it, probably on real cost!

But season 2 is a budget, boring, childish story. And without Kinnamann and originals script writers it is only 2/10!!!

Season 1 was one of the best Sci-Fi shows to come out since Firefly, but I must admit, I have given up on season 2 three episodes in. The script is mind-blowingly stupid and the lead character has apparently also lost some IQ points since the events in season 1. The actors do what they can, but there is no way to salvage such poor writing and directing. Season 1: 9/10 Season 2: 3/10

Why Netflix, why? The show had such a bright future since season one was just great. How is it even possible to torpedo a brilliant storyline like this? It really is an accomplishment.

So this is not much of a review. Just needed to get this stuff out.

Who is this? This is NOT Takeshi Kovacs! Anthony Mackie has a revelation here - he does not have a very good range. Since Joel Kinnaman is the previous Takeshi, he should have studied and followed his style more. His Takeshi is TIRED and utilitarian, with a disembodied stare that almost watches it's own body move and breath. Mackie's Takeshi shows far too much emotion, far too much eyebrow acting. Kinnaman's Takeshi has the slack, the grit and swagger of an exhausted warrior with relaxed habits that he seems to have done things countless times before. Mackie, even after his Marvel films, has no grace, his posture is always stiff, arms are always to his sides and his neck is too stiff, as if he's thinking so hard about the script. Kinnaman knows how to sway them around, to make a dynamic, almost drunken stance, and he can control his neck and head to react to certain scenarios and emotions.

I'm not even bothered by the difference between Kinnaman and Lee, because Lee's was a younger pre-Envoy version, and in the previous season he was mostly a flashback.

And this world... is so bland and one-dimensional, it's as if it's a 2-second brain fart. No culture, no depth, no nothing. You wouldn't love the planet, you wouldn't hate it, and you definitely wouldn't care about it, after all - it's a flat drawing. It's like the groundbreaking idea is... 'oh let's put them on a different planet, and the place is a future city with rich and poor people' That's it?!

Season 2 has no flavor, no dark humor, no depth and no life. It's a plot you've seen countless times, with a script so bland and boring a highschooler could have written it. I couldn't even call Season 2 cyberpunk, it's just... 'a high tech soap'. Remember the scene when Takeshi murders all those scientists and random people and grabs his girly UNICORN backpack close - and hilariously hangs on to this random guy's severed head. There's none of that here, it's all just bangbang-talk-iloveyouforever-talk-bangbang. Mackie, and all the directors and scriptwriters... you've all just ruined a perfectly good show.

Season 1 is very good 8/10. With some problems but great ideas and acting. I just started to watch season 2 and already think about turning it off. Was it supposed to he a joke? Falcon looking for Falconer. Bad joke.

Ok. I did watch the whole second season. You can just make it a drinking game like Armageddon and drink with every stupid idea. Every 5 minutes of second season will kill you...

Everything I liked about the first season is gone in the 2nd. Changing the main Actor was a mistake.

Season 2.. Is a different show, it might as well be called something different.

They should not have changed the main character. Season 2 is boring and although I like Falcon, he sucks in this role. It's like he has no idea how to play his sleeve. I literally finished Season 1 for the third time a week ago and they seem nothing alike. The writing seems dumbed down and obvious. There is no mystery keeping the tale alive. The rated R material that kept a future world facinating seems completely taken out and replaced with some punk rock/hippie/rave enthusiast phase. The only good part about Season 2 is Edgar Allen Poe. 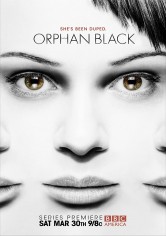 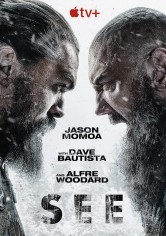 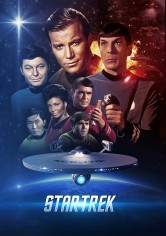