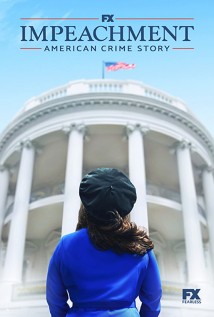 An anthology series centered around America's most notorious crimes and criminals.

-Sarah Paulson was fantastic as always

Overall this was extremely well played.

This series is riveting, well directed, fast-paced and informative. The casting is marvelous with one little exception: OJ Simpson!! Cuba Gooding is a fantastic actor, but he completely fails to portray OJ Simpsons incredible charm and charisma that actually enabled him to sliver through years of abusive behavior and the cold-blooded double murder. Gooding is reactive and unsophisticated, while the cocksure Simpson is just missing. This is an incredible failure of casting where the remaining characters are spot on and compelling. Why not Dwayne Johnson or someone with the physical charisma and cool? Travolta deserves great kudos for taking this on, but one has to wonder why he allowed the utter miscasting of the major role. At any rate, this is a worthwhile series to watch and it surely is award-rich.

I barely knew about the OJ Simpson scenario so everything about that is glorious while being outrageous! I'd like to see the second season for now I am the middle of season 1, it's quite enjoyable and intriguing. Ryan Murphy the creator/writer is a mastermind for many projects, I would definitely recommend this show.

The People vs O.J Simpson & The Assassination of Gianni Versace are both outstanding mini-series. Both, are completely two true events so it's hard to compare, if not at all.

From watching both of the series you can tell how much thought, research and care that the exec producers, director and cast(s) put into both of the mini-series in order to portray the events and every person correctly. The two series are outstanding and so well thought out and it's incredible to watch, they both feel so natural and realistic when you're watching them!

What I love the most about American Crime Story is that they don't just focus on the one side (e.g., People vs O.J Simpson and focusing that he's guilty (again, just an example!)) but they focus on both sides equally and allows you to see it on both sides for a further understanding of the two events which in my opinion a lot of people who have tried to make a series like American Crime Story have really flopped on.

American Crime Story is the only murder/crime/thriller genre-based series that has me absolutely hooked and itching for the next episode/season!

Ryan Murphy, you are an absolute genius! Roll on Season 3!

I enjoyed the first series revolving around the OJ Simpson murder trial, the second series is all about the assassination of fashion designer Gianni Versace.

The emphasis throughout the series on the serial killer Andrew Cunanan rather than Versace himself, although we do get to see a good amount of backstory on Versace also.

We get a real raw insight into Cunanan's psychotic mind, background and his shocking killing spree. It is a very gripping series and Darren Criss played the role of murderer Cunanan absolutely outstandingly and in my opinion deserves an award for his portrayal of this complex character.

My only criticism is the timeline jumps were confusing at times, when there's a week between episodes and each episode centering on a different year and back and forth rather than chronologically, I did get confused at times of what took place when. It did all come together though in the final episode.

Season 1 of american crime story is one of the best crime drama I have ever seen, I was very surprised since this season is based on the OJ Simpson case, everybody already know what's going to happen. The writers and directors of the first season somehow still made the show suspenseful. The acting was also top notch in season 1&2, Darren criss delivered an impressive performance in season 2. I did not like season 2 as much as season 1, it had great episodes but instead of the actual crime, this season really focuses on character's personal stories, the plot was still interesting though.

When I read the critic's reviews of this fascinating portrayal of the trial of OJ Simpson, the most common complaint was John Travolta's performance. So I was expecting to find it a bad, cheesy performance and everyone else to be great.

Instead, I thought Travolta did an excellent job as a supercilious attorney who finds himself increasingly outside his own case. True, Travolta has had so much plastic surgery that he looks like he was sewn together by a dollmaker, but his performance is, while not as notable as the really terrific performances by Nathan Lane and, more surprisingly, David Schwimmer, it's a solid performance.

The truly awful performance is by Cuba Gooding as O.J.

When I watched the movie, I thought Gooding seemed wrong based on my vague memories of O.J. I'm not a sports fan, I didn't follow the trial, which at the time I thought of as just another lurid celebrity crime, and I'd only seen Simpson in a small part in a movie years ago. I thought Gooding's whiny, unpleasant, crybaby performance seemed untrue to that memory, but I couldn't be sure.

Then I watched the terrific documentary series. O.J., Made in America, and I realized that Gooding was really horrible. He lacked O.J.'s famous charm, and instead came across as ineffectual where the documentary portrays O.J. as a strong force in his own defense.

If you've never seen Simpson at all, perhaps the performance would seem fine, but it's an absolutely wretched performance from the point of view of verisimilitude. It's easily the biggest flaw in an otherwise gripping portrayal.

Why the critics didn't notice that I can't say.

The great news for me is that SE3 is coming soon and I can't wait to watch it! SE01 and SE02 are so entertaining that they have made me believe FX series are no exception of great story-telling works (The Americans, Fargo etc). Keep going FX! I hope the series can come one after another and after all there have been many crimes worthy of adaption.

Honestly the best television I have ever watched. A masterpiece told in reverse, superbly acted and directed. The missing pieces of the story are filled in, in a way which gives us empathy and sympathy for all involved, helping us to understand what went wrong and that life is not black and white but grey at the edges. I was gripped.

My only complaint about Season 2 is that there is to much conjecture about Cunanan's relationship with his some of his victims. We see an entire episode about him traveling with David, conversations they have, David's reluctance to escape...no one but Andrew and David knows what really happened in the apartment or the days following, or what conversations took place. Maybe Cunanan had a gun on him the entire time. Same with Miglin and the discussions about his Space Needle, or Miglin willingly allowing Cunanan to tape him up. Things may have in fact been very different. 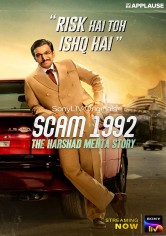 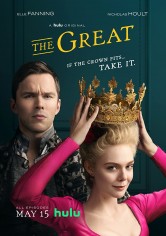 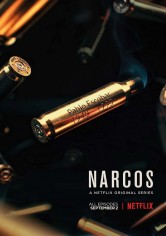