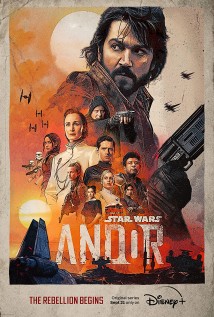 Prequel series to Star Wars' 'Rogue One'. In an era filled with danger, deception and intrigue, Cassian will embark on the path that is destined to turn him into a Rebel hero.

piabet güncel giriş. I don't get the positive reviews. Nothing happens in these first 3 episodes until the end. I completely zoned out and nearly fell asleep while trying to watch this.

Instead we get these Blade Runner-vibe wannabe-cops who can only be described as Jar Jar Binks-level clowns, especially the chubby Chernobyl coal miner who ran around with his exposed wiener, who acts as unintentional comedy relief character, I guess.

Hope it picks up the pace, because this is nothing. Not bad. Just ... nothing. I'd rather watch Obi-wan again. Obi-wan was bad, but at least it was Star Wars.

I don't get the positive reviews. Nothing happens in these first 3 episodes until the end. I completely zoned out and nearly fell asleep while trying to watch this.

Instead we get these Blade Runner-vibe wannabe-cops who can only be described as Jar Jar Binks-level clowns, especially the chubby Chernobyl coal miner who ran around with his exposed wiener, who acts as unintentional comedy relief character, I guess.

Hope it picks up the pace, because this is nothing. Not bad. Just ... nothing. I'd rather watch Obi-wan again. Obi-wan was bad, but at least it was Star Wars.

Andor watchseries. There is some production value, of course, and the cast is not bad, but Andor is way too slow, on top those flashbacks (writer: I like Lord of the Flies) put additional brakes on the pace. The writing, like in all the other Star Wars shows (and movies), is the weakest link. Disney should have made shows and movies based on all those novels written under the label of Star Wars Expanded Universe. Those material is not perfect but easy superior to all those bad stories written on auto-pilot. The money to get the rights for them would have been well spend. Alone the first scenes of the first episode are all cliche in: some bullies and of course that beast peed on the bot - how funny... Anyway, Andor may proof to be watchable if you' just need some stuff to kill some spare time. But after those first three episodes I'm out.

Last note: I wait for the day when a show or movie of a big corp starts with a rating of 11+ ;)

I wasn't expecting much from this show. The last two Star Wars shows (Kenobi & Boba Fett) I had mixed feelings about but this show is already off to strong start with great quality and drama. However it's too early to tell if this will be on the same par as Mandalorian.

I appreciate how it follows Rogue One's lead and maintains that dark, gritty tone, however there a few moments when some people may find it distressing. At times I got vibes from Blade Runner and heck even DUNE (2021), but it's welcoming and doesn't feel out of place.

I know it's a spin-off show for a character of a spin-off movie, but so far (episodes 1-3) it's a good start and worth checking out.

Idk about this, we are 3 episodes in and the only thing that caught my attention was the fight at the very end of episode 3. Other then that i was actualy zoning out, i wasnt interested in the characters and the story is progressing at a snails pace. The dialog is fine, the acting is fine, its just bland. This is average as average can get except for again the final encounter in episode 3, but i need more then just 1 good scene to keep my interest in a show. I would be giving this show a 5 bc it's just so average, nothing is really good and nothing is really bad except for how it looks. The shots look good, the cinematography is better then i expected. The show overall looks really good and thats why i give it a 6, but again, everything else is just bland and unless it picks up quite a bit i'll be moving onto a different show.

The first episode was so slow and boring. I still have no idea what the plot is other than the speculation that comes with being a sequel.

You know how most first episodes, even if they have a slow start, leave you with a cliffhanger that really makes you want to watch the next episode? Not here! I literally have two more episodes available to watch immediately and zero interest in watching them.

Is this even a Star Wars series? You wouldn't know from watching it. Yeah they have a droid, but it's not a droid that reminds me of Star Wars. I think I heard them mention the Empire once or twice but at that point I was already half asleep from watching this.

Andor has proven to be my favorite of the Star Wars Disney+ series, because it simply provides the basics of storytelling. Characters have motivation and personality, the dialogue is smart and snappy, and the stakes feel personal and real. The production team has also done a wonderful job creating a world that looks and sounds blue collar - no Jedi or Sith, just billions of working persons trying to make a living and simply get by. All the flash of Star Wars - the lightsaber fights, space battles and blaster fights, come second to simply telling a decent story. And for that alone, I think Andor is a step in the right direction. 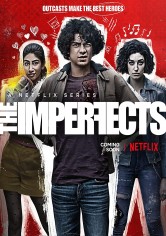