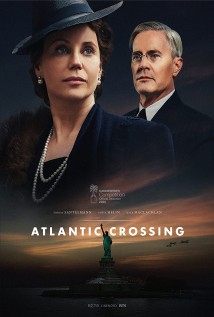 The story of Crown Princess Märtha, who fought for her country and her marriage during the tragic events of World War II.

As many have noticed, this story takes the "inspired by true events" a bit too far on occasions. But still I recommend watching it as it gives another side of the grim events more than 70 years ago. I find the acting credible and good but as said.. the historical correctness is highly questionable.

So much of this story is genuinely interesting, especially to an American audience that most likely is not aware of Norway's history during WW II. Or knowledgeable about the friendship that developed between the Crown Princess and FDR. The sets and locations are great (except the production team seems to think it snows a lot in WDC, which it doesn't), the costumes have been done well and, as I mentioned in the title, the acting is superb. However, if someone were to watch this and not know much US history they would think all FDR needed to run the country was one advisor, one girlfriend, his wife and the Princess who got together at cocktail hour for a laugh. The way he is depicted borders on the ridiculous (and I'm not referring to his roving eye). Our country was in the middle of a depression and, eventually, at war and all we see FDR do is eat, drink and be merry as if he had no responsibilities or a care in the world. I've just finished E.6 and we've seen FDR in exactly one Cabinet meeting (that lasted a nano-second). I think the moment that really strained credulity was FDR being driven 30 minutes out of WDC to see the Princess on the evening of Dec. 7, 1941. Really?! The US is attacked by the Japanese that day and FDR is having drinks with his lady friend instead of being in a cabinet meeting?! I realize the focus of this limited series is more human than political (although we're seeing an awful lot of political meetings in Norway and London) but the 'lighter' side of FDR should have been balanced with at least some gravitas. He didn't win four elections because he knew how to flirt and drink Scotch. Where are the producers at Masterpiece?! Am I the only one seeing how this one-dimensional depiction of our wartime President diminishes the whole series.

This could have been a masterpiece of historical storytelling with a script that focused on the Norwegian peoples' suffering under Hitler and the Royal family's many efforts to free them. But after the first riveting episode, the script becomes stuck inside Sweden's politics, Buckingham Palace and Washington DC with boring storylines that go nowhere. Honestly, I was insulted for the brave Norwegians and their Royal Family. They deserved far better, especially from Masterpiece Theater.

This may strike other viewers as trivial nitpicking...but it made me wonder how careful the series makers were about other matters. Episode 3 has Norway's U. S. Ambassador greeting the Princess after her transoceanic voyage, to lead her to the press briefing he's set up. He's quite proud to tell that representatives were present from all the press, radio broadcasters, AND TV!! In 1940, what's 'TV'?!

Atlantic Crossing is not a documentary and should not be viewed as such. Nevertheless I was drawn into the drama of the exiled Norwegian Crown Prince and Princess, a family that were separated during the Second World War, due to duty and circumstances. Whilst living in seperate host countries and having absolutely no political influence and power, the drama portrays how the prince and princess, in very different ways, did everything they could to contribute to the war effort. The ultimate cost of their efforts placing an enormous strain on the royal marriage. Atlantic Crossing is well worth watching, but perhaps for a more mature audience.

The historical accuracy of Atlantic Crossing is debatable but comments that there was no TV in the U. S. in 1939 and 1940 are dead wrong. During the 1939 World's Fair David Sarnoff, president of RCA, unveiled the first commercial publicly accessible television broadcast. I know because I was there. During the opening ceremonies of the Fair on April 30th, FDR became the first president to be televised. TV sets went on sale to the public the next day and were featured in NYC store windows.

From May through December 1939, NYC NBC station (W2XBS) of RCA broadcast twenty to fifty-eight hours of programming per month, Wednesday through Sunday of each week. The programming was 33% news, 29% drama, and 17% educational programming, with an estimated 2,000 receiving sets by the end of the year. The coverage area for reliable reception was a radius of 40 to 50 miles (80 km) from the Empire State Building. In June 1940, W2XBS covered the Republican National Convention for 33 hours during a five-day period. W2XBS also began transmitting NBC News with Lowell Thomas on February 21, 1940.

There has been a lot of controversy with this series about whether the events are historically correct. What was said between the princess and Roosevelt is not known. Most of the series is based on rumors and speculation. The Norwegian royal family was related to the English royal family when Haakon's wife was an English royal. It was therefore natural that they would support England, but the Norwegian people were more divided on whether they should support Germany or England. Most chose to be indifferent. As a historical series, I think it is exciting and emotionally engaging. Much better than others Norwegian series that have described the war, which are mostly heroic epics. We could need more World War II series about those who sided wrong, and why they acted as they did?

Surprisingly many episodes for a story that could have been told in half the time.

Although it is based on true events a lot of the plot is made up to the extent that Norwegian national broadcast NRK felt the need to set up a web page explaining what was actual real events, and what was made up for the sake of dramatic effect (and it really was a lot). Knowing that most of it is not actually true to the real story (which could be a good story without the stiff acting performances and without the overly dramatic additions of suggested romance) it was hard to watch.

For me the best thing about it were the well made costumes and scenery. Beautiful to watch, a shame the rest didn't live up to it.

What are the limits to the catchphrase, "Based on true events"? Cardboard characters with historically-inaccurate personae (Eleanor Roosevelt, to name but one) render "Atlantic Crossing" as a pulp romance that fails to honestly document Norway's royal family during the war years.

King Hakkon VII, Crown Price Olaf and wife Martha are largely portrayed as ineffectual, all too easily overwhelmed by parliamentary government and storybook emotions. In reality, their strengths leading up to, and following Norway's declaration of war against Germany, including the monarch's heroic preservation of Norwegian democracy, are far more decisive and admirable than the treatments given here. "Atlantic Crossing" simplifies its characters into good or evil, carelessly shaped by innuendo and gossip of their day. Screen 2017's feature film "The King's Choice" for a far more truthful telling.

The basic premise of this series could have been truly interesting. If the writers hadn't drifted into third-rate soap opera, forgotten every rule of editing and narrative structure, and decided to make up their own damn "facts." It's hard to evaluate the quality of the performances considering how ridiculous the script is, but Kyle MacLachlan's FDR comes across as a simpering horndog with an astounding amount of spare time on his hands for someone supposedly busy rescuing America from the Depression and masterminding one of the largest and most complex military efforts the planet has ever seen. Eleanor Roosevelt is played as a Bizarro Opposite World version of her real-life self, and Harry Hopkins is a bland drip, utterly wasted here. Anything potentially worth knowing about Scandinavia's role in WWII is glossed over or grossly simplified. And the injury to actual historical truth goes WAY beyond the bounds of what's reasonably permitted by the "inspired by real events" sort of artistic license. I'm stunned that PBS wasted time and money acquiring and airing this utter piece of garbage.

Yes, the series might have some incorrect historical events or incidents. But if you love great adventure-drama, this is a good production. And TV-series dosent have to be perfectly accurate according to history anyways. It's set during the second war in Norway, following the royal family. Acting and writing is in good quality. I would rate it 8/10, but give it a 10 - because of the unfair rating people give only based on some fake events. 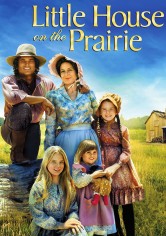 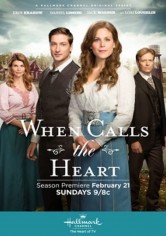 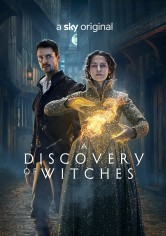 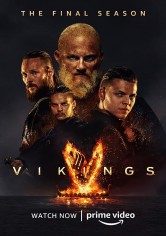