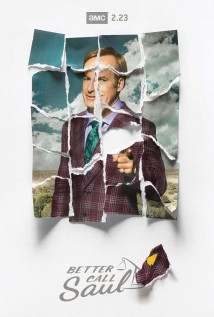 The trials and tribulations of criminal lawyer Jimmy McGill in the time before he established his strip mall law office in Albuquerque, New Mexico.

Watchseries; Normally this kind of attached serials are getting bored easily however this serie is getting more and more original on each season by little details.

Normally this kind of attached serials are getting bored easily however this serie is getting more and more original on each season by little details.

Better Call Saul watchseries. With every episode it gets heated a bit...... and you won't even realise when the water stars boiling......

The 2 seasons are kinda slow but trust me it gets better every episode and i love all of the scenes in Better Call Saul!

So here it is at last: one of the most highly anticipated new TV-shows of the year, the spin-off from probably THE most highly praised TV-show in the history of Television. Naturally, expectations were over the roof - and it was a forgone conclusion that meeting those expectations would be next to impossible. Well, here's the good news. Judging from the first couple of episodes, 'Better Call Saul' will be good. Just how good remains to be seen, but as far as promises go, those first episodes made a big one.

For those who haven't seen it yet: relax - I won't spoil a thing about the storyline. Instead, I'll concentrate on all other aspects of the show. The first thing you notice (as was the case with Breaking Bad) is the camera. The photography is simply gorgeous. All the visual trademarks I've grown to love so much in BB are there: the playful camera angles; the creative ways to establish even a simple scene with unusual, interesting shots (yet without ever distracting from the storytelling) - it's just beautiful to look at.

Then there's the music. From the wonderful introductions (before the opening credits) to the last scene of an episode, music is not just used as background "noise": carefully picked songs are there to give clues and are as much an integral part of the story as they help establish the tone of certain scenes. And the original music by Dave Porter feels as organic to 'Better Call Saul' as it did in 'Breaking Bad'.

The writing, directing and acting (so far) are on par with BB; anyone afraid this would be a rushed production trying to surf on BB's success can relax; not for a second did I get the feeling this was somehow not well thought through or cheaply constructed by a committee of writers - and although we do of course get some of our favorite characters back, new ones are introduced that promise to be just as original and interesting as the ones that helped turn BB into a cultural phenomenon. And adding high calibre actors such as Michael McKean ('This Is Spinal Tap') to the cast is probably an indication that Vince Gilligan and Peter Gould will not content themselves - or us - by mainly exploring the characters we already know.

And then, finally, there's the magnificent Bob Odenkirk. Starting off as a slightly one-dimensional character and comic relief in BB, the character we've come to love as the sleazy, slick Saul Goodman has already shown more layers in the first half of the first season of 'Better Call Saul' than over his entire run on BB. And that's as much thanks to Odenkirk as the fantastic writing: the actor obviously relished the opportunity to show what he's capable of as his character charms, squirms and threatens his way through his scenes, but - somewhat unexpectedly - he also manages to move you during the more quiet moments.

To sum up my overall impressions: 'Better Call Saul' is a darkly comic, multilayered story that could end up being just as unusual and exciting as we all dared to hope. The tone may be consistent with 'Breaking Bad', but make no mistake: this is very much its own thing. The writing, directing and acting - as well as the production values - are top notch, and if what we've seen so far is anything to go by, we're in for a great first season of a very promising new show. My (provisional) rating: 9 stars out of 10

Let's face facts: Spin-off TV shows tend to fare poorly to the original content. I was furious when I heard about the spin-off to the amazing Break Bad. Nonetheless centering around the buffoonish clown of a character Saul Goodman?! I was livid and heartbroken. I wanted Breaking bad to end on a high note and not let this potential disaster ruin it's legacy.

Breaking Bad was an absolute masterpiece of a show, with an amazing story, script, cinematography; you name it, it's there. But the one thing that made Breaking Bad shine, and in my option, be one of the greatest series ever made was it's deep, deep burial into the characters that made us either absolutely love or loath them. It didn't rely on special effects and had no fat to it whatsoever. No other show encapsulated a slow unfurling of characters so well that it was as if we were getting to know them in our real lives.

I finally decided to give Better Call Saul a shot after hating it's first episode on release. I figured, maybe I could eventually forget about the fact that it was attached to my favorite TV show, and when everybody who watches it is telling you it's amazing, there must be something there.. right?

Boy, were they right. Better Call Saul is just as good as it's predecessor. It maintains it's very high standard to every aspect of the production, and most of all, character development, motivation and relationships are centerfold once more. It is easy to find Better Call Saul even better than Breaking Bad, although I would chalk this up to it being more current and therefore more in the forefront of our minds in the Breaking Bad universe. If you, like me, have hesitated to give this show a shot for the same reasons, stop it. Let yourself feel uncomfortable for the 1st half of the first season, and then let it get it's clutches into you.

I'm so, so very happy I finally decided to give Better Call Saul a shot again 4 years later. With no hesitation, 10/10.

I don't remembering rating and reviewing a TV show before but for better call Saul I had to. Its just too good. 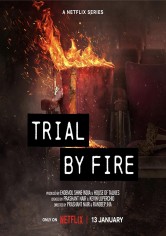 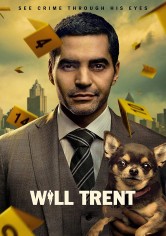 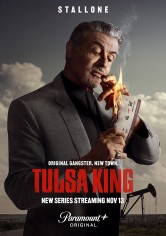