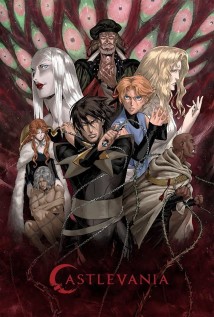 A vampire hunter fights to save a besieged city from an army of otherworldly creatures controlled by Dracula.

This show is really really perfect and so underrated, i wanna thank the creators and all who contributes to make this show, please make more shows like this 💕💕

I'll cut this short. Castlevania is only 4 episodes due to it being the prequel to the actual show, Season 2 will feature 8 episodes based on Castlevania 3. Adi Shankar might have questionable taste in makeup, but his work ethic is incredible. Every person working on Castlevania was made to play Castlevania 3 on an NES from Ebay. This show wasn't made to rake in dollars, its first and primary concern is to make it into a goddamn masterpiece and while its not finished so I really should be more responsible with the way I'm rating it, from what I've seen I'm damn impressed. The animation quality is incredible, above most Japanese anime which this show clearly mimmicks. Voice acting is perfect across the board, the action is visceral and gory, but not mindless. The story and its pacing is unique and doesn't pick up on many generic tropes. It's a unique prequel to what is yet to come.

This show is for adults, its almost objectively the best western "anime" (Korra was primarily animated by a Korean studio, that said I'd still rate this higher) and unless you like good bad movies enough, its the best video game adaptation I've ever seen.

Honestly I haven't felt hyped for anything for possibly a decade now, I've learned that hype results in nothing, but considering the directors work ethic, his past work, experience and what Castlevania is right now, I can't feel anything but hype.

You know, I never imagined Netflix's Castlevania would turn out to be such a solid series back when the first season came out. Season 2 was phenomenal and Season 3 might be even better.

Taking place not long after the events of the last season, Castlevania Season 3 starts off strong with a focus on dialogue and character development which continues on for the majority of the episodes in a slower pace than what we've been used to before but justified and interesting since now there are several new characters, the world and lore is expanding (amazing worldbuilding), and the characters we know already getting further development (well-written and voice acted). There's also a lot of politics and scheming, kinda giving you early Game of Thrones vibes, and all of it was intriguing.

And while that's great and all, we are also treated to some truly magnificent fight sequences where the animators flex like crazy. And since the story grows and flows properly, those sequences become even more enthralling and thrilling aptly personifying the world 'Climax'.

On a technical level, it's a straight-up bump across the board. The art, the animation, the sound design, the soundtrack, all of it has been improved and I loved it.

It's hard to say whether I prefer season 2 over season 3 or the other way around because my favourite character is Dracula. But what I can safely say is that if you've enjoyed the previous two seasons, Season 3 will surely blow your mind. There's so much in it I didn't even expect or imagine that I'm purposefully being vague in order to not spoil anything. Watch it asap, I highly recommend it. And if I were to rate Season 3, I'd give it a 9/10.

P.S Trevor and Sypha are so cute together. And BADASS!

MUUSST WATCH , Every episode is much better than the previous one all actions all twists and full of enjoyment you will never regret it and please leave good ratings so people watch it too

When I went in to watch Season 4 , I had my doubts. Usually , by the time of later seasons , some shows lose the narrative and wander around here and there but not Castlevania. Season 1 builds the story , Season 2 improves it , Season 3 focuses on character development and Season 4 brilliantly brings it to a close. Belnades and Belmont , "The" Alucard and the forgemasters. Each of their individual stories are brought to a fantastic close leaving the viewer satisfied as hell. No stone in their story is left unturned and while you once hated characters like Lenore , you warm up to them and while you once loved characters like Saint Germain , you turn cold towards them. Isaac who was a side character by season 2 but becomes one of my favourite in Season 4. Hector who I also come to admire later. The only cons I have which are in no way major is that the dialogue felt a little recycled as the writers just needed to fill out some space. The actions scenes were cool as hell but maybe too overused. The comedy was amazing and you have to give credit to the voice actors as their delivery is on point. For anyone that hasn't watched Castlevania , It is witty , funny , filled with suspense , brimming with horror , has amazing character development , has epic storylines that all come to interjoin with each other. THE best anime I have ever watched especially outstanding and unique amongst it's western animes. This show is a MUST watch.

The Castlevania anime on Netlfix was fantastic. As a huge fan of the series, this was truly what it needed. I wanted it to be much longer though; at least 13 episodes or so. You can tell Konami took no part in the creation of this, because it actually had love for what the series was. On top of that, it follows my favorite Belmont, Trevor. While of course it had no "Vania-esque" music like the games, it did not need it. It felt in every way like a faithful Castlevania anime. Ignore the low ratings on here. Their opinions are utter garbage and are awful reasons for their scoring.

I eagerly await the next season and so should you.

Netflix made a good choice adapting this franchise. Castlevania has a fluid history line, with iconic characters and a beautiful art design. The soundtrack is not bad either, some Gothic and melodic songs, that make you chill with every encounter through the series. The only problem with Castlevania is the lack of explanation in some parts, and the size of the first season (only 4 episodes).

Castlevania is loyal to the games and has some incredible art design.It deserves your attention.

The latest season keeps up the momentum of the first two seasons. I just want more, so much more. I want a 100 episode season more.

When I fired this up, one of the most amazing things happened. I was 5 minutes in before I openly realized the characters were voiced in English and not Japanese! And really, really good voice acting! I know there have been good American animated shows and movies made, but to me, the last time I saw such great English voice acting paired with Japanese (style) animation was the Spawn animated series. I consider that series a classic and outsider... and now we may well have another!

There are obviously a number of quality pieces put into place to make this series - production, cast, writing. This is exactly the type of project a fan holds their breath and hopes, but does not have too high of expectations. Expectation shattered - this is high quality stuff! Very brutal content including horrific deaths of innocents, graphic violence, and no mercy shown... Hooray!!!

The villain, Dracula, is humanized immediately, which gives him cause and texture - not just a mindless slayer. The hero has a number of anti-hero qualities, which just makes him more interesting. Undoubtedly this series will unfold with a number of awesome battles and conversations that question morality, cause and purpose.

The content obviously will not be for everyone - wholesale slaughter of religions figures, women and children may prove to much for some, but for others? A true surprise and fun refreshing release.

edit: finally got to the 2nd season, and while I won't change my score, the 2nd season is a disappointment. Everything is in place for success, production wise, but the content (by comparison to the first season) is restrained, common, Boring. the charm of the first season was how refreshing the content was, which included exciting, entertaining, sinister content. The first scene in season 2 attempts this, but does so in a completely anti-entertainment manner! All the fun of the first season is absolutely smashed right to begin with, then the viewer gets 2-4 episodes of dialog, with very little action, and when thing finally do get going? Not that interesting! What happened? It's like the main creative force behind the first season was intentionally fired, and someone more PC was hired to make a generic, boring (albeit well produced) sequel! I doubt this is what happened, and likely good intentions just led to an average product. But damn! I expected a way better follow up to what I considered an instant classic first season.

Really solid production from Netflix that knows its target audience and doesn't pull any punches. Make no mistake; this is animated fare strictly for adults. And that's perfectly fine.

The 2016 production of Berserk has sadly skimped on production values, leaving fans of the longtime manga series with a sour taste in their mouths. Castlevania, however, scratches much of that same itch. It's gratuitously violent, dark as pitch, and set in a medieval fantasy world. The writers go straight for the jugular and pull no punches, obviously inspired by Berserk and other series like it. It's refreshing considering that the original owners of the Castlevania IP, Konami, have taken an obvious downturn in the quality production of their various legendary properties recently in favor of instead developing pachinko and gambling machines and firing longtime creative leads such as Hideo Kojima. Fans of the series need not worry, plenty of the classic Castlevania feel is here, treated with proper reverence by the shows writers and directors.

The animation is very good, and the art in particular is superb. Animated features and series have been steadily improving since the dawn of the HD era, and Castlevania continue to represent them well. The English voice cast shines as well, with Armitage's performance standing out among the others. He does a fantastic job as Trevor Belmont.

My only complaint here is the brevity of the series. Four ~23 minute episodes is not that much content, and it makes me wonder whether Netflix wouldn't have been better served to put this "season" out as a feature-length prologue film instead in order to advertise a lengthier season 2. But all-in-all, it's worth the time, especially to those interested in the Castlevania series, but even to those unfamiliar with it and in search of a gritty, well-animated, well- acted piece of dark medieval fantasy.

This series is a gem. Everything about it seems like art. It's always emotionally complicated when a story has as sympathetic a villain as they do here with Dracula. I found myself literally rooting for both sides. I hope there is a 3rd season and if there is, I hope they find a way to keep the story as top notch as it has been.

Ellis' character development is absolute second to none. I have watched every episode multiple times each. So tender, so brutal, so melancholy. If you are a fan of the game series, you will watch in utter glee. Every season, every episodes builds and builds and builds but never disappoints. This franchise has been delivered into loving hands who have created an almost masterpiece. Thank God Nexflix seems to keep its popular animated titles going. YES I DID JUST KNOCK ON WOOD! 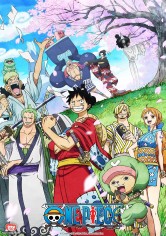 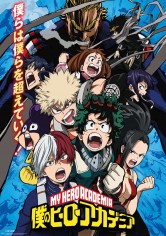 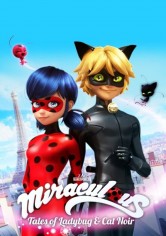 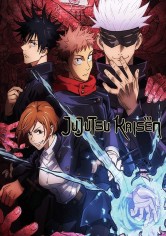