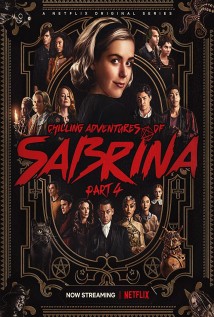 As her 16th birthday nears, Sabrina must choose between the witch world of her family and the human world of her friends. Based on the Archie comic.

In the beginning this show was a breath of fresh air. The sets and overall visual style of the show created such a rich atmosphere and the story was enthralling to watch. Witch shows are rarely this dark and satanic but it worked.

Unfortunately, each season the writing/story got worse, not better. In the end, season 4 was an empty, boring mess. I actually get why Netflix cancelled it because the quality of the writing had drastically decreased with every season and the expensive budget surely wasn't feasible any longer considering people have definitely stopped watching.

This is the second show that Roberto Aguirre-Sacasa has now destroyed with his horrible writing/pacing. He's quickly becoming one of those showrunners who cannot sustain good storytelling throughout a series run.

Season 3 is Scooby Doo meets Highs School Musical. The musical numbers that are jammed into the episodes make no sense

I really enjoyed season 1 and season 2 was watchable and fun at times... but season 3 is like a bad high school play written by the students. I feel bad for the adult actors in this show.

I really liked the First two seasons of this show and then I hoped it would Come back and finish strong in season four. Because season three was a big disapointment. But for every episode i watched in season four my disapointment just grew and grew. And dont get me started about the ending...No, The show should have ended after season two. I was close to give the show one star but i give it four because of the two first seasons.

Why Sabrina is a musical now? I am very disappointed.

This series had a strong start but the more I watched it the worse it became. The dialogue and storyline just got more hoakey and tacky, to the point where it was cringe worthy. At some points it got so bad I yelled out give me a break!

I would not recommend this show, it's like a dark-updated version of the original but with rip-offs from Harry Potter and twilight. Basically it's a train wreck. And there a lot of holes in the plot. I'm not going to reveal them but they just don't make sense or add up.

Great show for a teenager going thru a phase, horrible for a 29 year old looking for quality entertainment (me).

I'm exactly who this show is aimed at. I'm a 20-something who grew up watching the original, and now quite happy to enjoy a bit of nostalgia!

As everyone has noted, the similarities to the original exist with proper nouns and little more. This is a much darker take on it, and that's fine by me.

What I did find disconcerting is just how overtly Satanic it is ('Satanism' here refers to an odd mix of Wicca, various pagan belief systems and theistic Satanism). I don't have any strongly held religious views of my own, but I found this rather tasteless and the writers seemed to deliberately want to cause offence.

This clashed terribly with the characterisation, which is cutesy and oddball. Zelda and Hilda ooze with personality with great performances by Miranda Otto and Lucy Davis. Richard Coyle is sufficiently sinister as Father Blackwood, the Satanic high priest, and Michelle Gomez is excellent in everything she's in.

The younger performers do my head in. Ross Lynch plays Sabrina's boyfriend Harvey, and it's not really Lynch's fault, but boy is Harvey is a complete waste of space - you have to wonder what Sabrina sees in him beyond his looks and endless stream of cheesy dialogue which could only be the result of a screenwriter's first draft. Kiernan Shipka is a great actress, and she's perfect for the role of Sabrina, but she's so righteous it's annoying.

The show's political agenda is cloying and watching it has made me realise why conservatives hate us lefty-liberal millennial snowflake types (use whatever terms you like). Their attitude is so holier-than-thou in the face of Hollywood clichés (because we've never seen bullying jocks on screen before) and they're quite keen to advertise how enlightened they are, which only causes division, entrench views and inhibit constructive dialogue. It's unhelpful.

I long for the day when we can watch a film or TV show and see diversity on screen without having it telegraphed at us. Producers and screenwriters seem to struggle with 'naturalistic' diversity and instead like to draw attention to it rather than simply have actors and characters that fit the narrative. The best show I've seen on this recently is Thirteen Reasons Why, and while I have mixed views about the show itself, the characterisation was excellent and the diversity never felt shoe-horned, but natural.

In Sabrina, this detracts from the narrative as we flip between the interesting horror elements and the rather dull real-world storylines. Plot threads come and go, and the pacing is all over the place. At one point, Sabrina gets tasked with solving a puzzle that people have spent years attempting to crack. We know she's going to solve it eventually, but rather than see her work and study at it - unravelling a mystery and having an adventure on the way - she just solves it. Blink and you'll miss it. You're left thinking: oh.

The show is well-made enough. There are some odd editing choices and filming style that will irk some people, but it didn't really bother me. It looks really good.

Otherwise, I really just wish they'd made a solid fantasy/horror show for adults - something in a similar vein to Buffy or even Stranger Things. It didn't need all the extra clutter.

P.S. Oh yeah, and Salem...beloved Salem. He's there, only now he's just a cat who doesn't do a whole lot. His character has been replaced by a guy called Ambrose wh

For a show that was hyped by Netflix heavily in the run up to its release, the final product lacked considerably in appeal.

The season was finished largely by the viewer on Autopilot almost a "I've started this so I'll finish it" objective rather than enjoyment.

The episodes themselves felt drawn out and lack lustre and often times disjointed. If you're in to the supernatural, you could most likely do better than this. Perhaps season two might deliver better but between over acting on some parts and under acting on others, it would take magic to breath life into this dead witches tale. 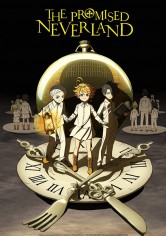 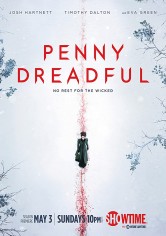 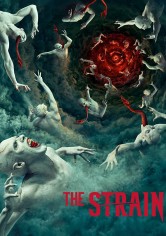 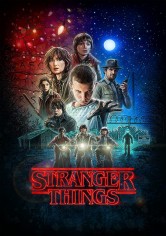