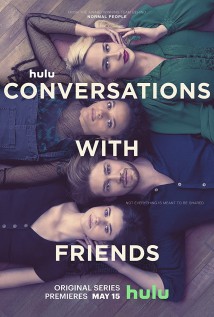 Two Dublin college students, Frances and Bobbi, and the strange and unexpected connection they forge with married couple, Melissa and Nick.

A pretentious and derivative story that is neither as creative nor as sophisticated as it would like to be!

Started watching it because - Normal People and Sally Rooney and it did start out very promising but went downhill pretty quick after episode 6 ... For me the worst bit was the lead roles ...unlikeable and less than convincing performances ... Frances and Nick come across as self absorbed and dull and really not very nice people at all ... Bobbi and Melissa sort of save you from wanting to slit your wrists part way through the series In summary - too long ... too unnecessary, too pretentious and too booooring ... I wanted to skip to to the end and put myself out of my misery.

Not the worst but then when you are comparing to 'normal people' , it fails quite miserably.

Because it was never trying to be. Not really sure about the low ratings. This isn't a masterpiece by any stretch, but there's a lot here that people just aren't seeing, or aren't bothered to.

First off, the entire point of the story in the book is that Frances and Nick struggle desperately to express themselves properly. It's what makes their conversational interactions awkward whereas their physical interactions are where they feel more comfortable. I'm not sure how people are claiming this is "unrealistic" or "bland". I mean sure, real people can be bland at times but if you can't be bothered to look beyond the surface, why are you even bothering with this? But either way they're certainly not unrealistic. The way the show depicts Frances and Nick's frustrations in expressing themselves is how it was in the book and how it is for many people in reality. In that sense then I competent disagree with the criticism that they were miscast. Both actors did entirely what was required of them as characters. If you find that boring then ok, you're entitled to your opinion but again I'm not sure why you bothered watching it at all.

I think the performances are very delicate and detailed, and just like Normal People it feels real. Although that's the only comparison I'd dare to make between the two shows, because as I said one was never trying to be the other. If you believe CWF was true to its novel then the criticism makes no sense anyway, seeing as though CWF was written before NP. So wouldn't that make NP the copycat?

After reading some of the reviews, I'm wondering why most Americans bother watching European films/series in which most of the focus is on the dialogue. No one is murdered, there are no frantic car chases. But what there is happening appears to be very beautiful, a look inside two young women, very different, who react in different ways to a charismatic couple who they get into a complicated relationship with at the beginning of the first series. For me its been absorbing, thoughtful, and therefore making me think too.

Was intrigued by this one, Hulu shows are always interesting but it just dosent deliver. The show is nothing new, nothing revolutionary. At least it keeps you interested enough to finish the show.

The acting is quite bland. I think the ones that save the show for me was Jemima and Sasha. I gotta say that Joe and Alison's acting is quite boring and bland. The chemistry between them two is okay but I gotta agree with some reviews that they are just boring.

The pace is quite slow and even tho is interesting enough to keep you going I found myself doing things around the house to keep myself from changing it.

I guess the final thought would be it's a nice Sunday show, you finish it in a day and you move on. I won't be remembering this one.

I'm not sure if it was just casted incorrectly or what - but the dynamics and relationships that developed just felt heavily unrealistic. The entire time I was wondering why there were references to Frances being "very interesting" because she couldn't have been more bland or boring. What did either of them see in one another? I truly could not get a gauge on any of their personalities AT ALL. Zero character development and you could tell it was trying so hard to be deep and thoughtful. It missed that mark completely. You learn nothing about them as people other than they're 21 and very insecure. Blah.

I binged this whole series so that I could give an honest review. I wish I could get some of that time back. The story drags on and quite honestly after 12 episodes it is still not clear to me why the plot line even exists - I mean does anyone truly care for anyone else in this story? I kept waiting for these self-absorbed characters to have some level of depth as to why it made their choices and decisions worth it. The only reason I am giving it 6 stars is because the acting was good and it's not the actor's fault that they had to play self-absorbed people.

... so far not yet quite through half the episodes and it's been little else than exceptionally boring... with a script moving along at glacial speed are characters that are altogether-uninteresting, most times peering around as if they're looking for something-anything to happen... doesn't ... now to decide to stick with it or just give up... latter's-best-bet

... against better judgment have now stuck with it for several more episodes... this remains still the most boring series about anything to do with-sexual-relations in memory... hours & hours and not one person has become visibly upset or raised their voices... does this continue on to the end

... does take longer to get where it's going.. but when it does, wow... can't remember another production where my overall rating has been altered so much over the course of just one season from beginning to end... patience is rewarded with this work, and we can all use lots more of that.

I'm five episodes in and I'm bailing. It's not bad but I don't believe I'm the target audience. If you're young and female, it's for you. There's nice scenery from Ireland and Croatia.

I loved everything about this TV show. The Actors were all perfectly cast and the way they brought this book to life is a real testament to their skills. I have seen reviews saying Frances and Nick are awkwardly portrayed and they have no chemistry. This makes me wonder if these individuals have read the book? Frances and Nick ARE awkward so the fact that this has come across on the screen is incredibly well done. I don't think they come across as having no chemistry, I mean those steamy scenes don't come across badly at all.

All in all, for what my opinion is worth, Conversations With Friends the TV adaptation is a phenomenal success and I loved every moment of it. I may even re-watch.

I'm assuming a large amount of people watching this show is only watching due to the success of Normal People.

Whilst I loved Normal People, I found CWF very dull and boring, and found the characters pretentious and privileged.

I'm trying to be as objective as possible watching this show, but like I said most people watching the show is only because of Normal People, and this show is extremely inferior in every way. 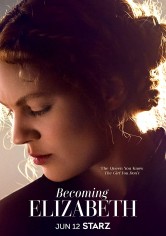