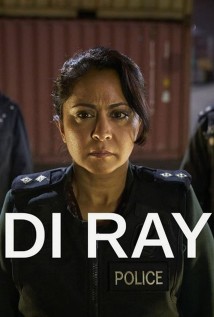 Newly promoted DI Rachita Ray takes on a case that forces her to face a lifelong personal conflict.

Great to see an Asian led drama set in Birminham on ITV prime time, unfortunately it wasn't that great.

Script was the main problem, setup was poor the story wasn't very original, there was little drama and a lot of the dialogue was clunky and expositional chit-chat.

The other big problem was the protagonist, who was plain dull, she seemed to be on auto-pilot all the way through.

Average production values, looked very low budget with few outside locations. For me it just never got going, needed a lot more oomph to grab the viewers.

The lead character highlights the low and not so low level racism inherent across English society in a measured and realistic way. On the downside the story is a bit thin and leads boss is very annoying (as they always seem to be in British police dramas).

In the era of 50 minute police procedurals, spending 4 hours/4 episodes on one case is asking too much of viewers. And as usual, the script is a big problem. Writers obsess with creating conflict and this is full of needless conflicts like that between Ray and her boss. And Ray's partner also being a cop and her relationships...the script goes down too many rabbit holes it's not focused.

I have no major problems with the cast, it was nice to see Jamie Bamber and Helen George. Ray doesn't have to be involved in every interview. It would be nice to see the rest of the cast independently doing interviews and collecting evidence.

A good British police drama which to be fair isn't bad . Really worth the watch and don't be put off by negative reviews and I hope that DI Ray returns for another series.

You can see some twists coming but I loved the portrayal of subtle racism that POCs face in everyday life, the scene at the restaurant where the waitress just assumes which two people are part of the couple was wonderful. Bring on season 2!

I watched all 4 episodes and its not good. It really isnt. But I have lived all over Brum, apart from the famed farquhar of course. So I did love the location spotting. It got an extra star just for that. 4/10.

Amazingly other people score it higher than Godfather or Shawshank.... But honestly its basically Doctors with swearing and sadly only 1 main point of the script, and its not about murder.

The chemistry between ALL characters is hilarious. Its like first day script reads.lol. The main character clenches everytime her "fiancé" comes near even though they just got engaged. Some of the swearing is soooo forced and unnatural and made me chuckle. Why bother?

A couple of the known actors with 10, 20 and 30 yrs experience seem to have forgotten how to act, maybe just a paycheck.

On a side note, if you want to know how to film racial commentary drama with truly intriguing and engaging scripts, then DO NOT watch this. Instead hire the likes of Michaela Coel or Ronan Bennet. They can tell a story very well and address racial issues along the way without beating the audience over the head with it. Obviously there others who do social commentary drama very well...But definitely nobody attached to this show.

Detective wise I cant pretend this show is on a par with Luther or Clarice in silence of the lambs, because it just isnt.

And I cant pretend the overly levered in racial issues dont become a bit tiring after a while. We get it, everything and everyone is racist, now how about a story too??

I'll get called the R word like the other negative reviewers have been, but Ill just say that no one knows me or who I am married to or what my friends and family look like. And You'll be calling me the R word for pointing out that this programme isnt very good. All because there happens to be an asian lady in the main role and racism is in every second line of script. But its still not very good..simple.

You dont have to agree with me but the difference is I wont call you names for having a different opinion...thats what children do.

Really enjoyed it and the last episode was really good with a great twist at the end (which my wife guessed).

Just give it a go, I hope they make season 2.

Interesting that some have a negative view of this 4 part series. I cant say the same thing! It IS pretty good with the central character being brought in to solve a crime. It isnt clear until the final episode who Mr Bambers character is, which is helpful. The officer does crack it and it will be interesting to see if they bring her back for a 2nd series.

I was interested in seeing what the Bend it like Beckham actress was up to now. Sadly it turned out to be this. I generously gave it 2 stars because it's hardly her fault, but the dialogue is just atrocious. I understand the need for diversity right now, but probably best to take on someone who can actually write well, because this was pretty terrible. This instantly renders it unwatchable for me personally, though I'm sure there will be people less concerned with that who will enjoy it.

As someone else pointed out this show has alot of WOKENESS in it which distracts from the show itself. You have an Asian women brought in as the DI to probe into the muder of an Asian man. Who was found dead stabbed in his car. She heads up what is termed Culturally Specific Homicide or CSI. A term she never knew of it was that new. Unlike Vera where each episode is a different crime, this is more like Unforgotten where the crime is investigated through the full season. In all this show is a decent watch if you over look the obvious stereotypes that are easily spotted through out the show!

Remember the good old days when grownups acted like grownups and made sensible decisions, acted their age and said sensible things?

Wow, you ARE old, aren't you, because that hasn't happened since the 1980s!

Now the feeble-minded woke kiddies are in charge and all we get for our time is this infantile garbage. The minorities are so obviously crowbarred into this dross that they should be wearing signs on their backs!

This unwatchable and pointless rubbish is as about as entertaining as watching your clothes in the tumble dryer while your eyes are being sandblasted and your ears are being smacked.

Just terrible and an embarrassment to everyone concerned. 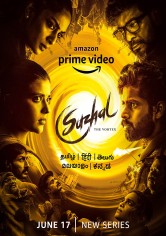 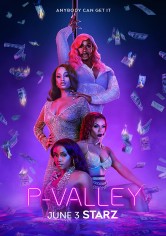 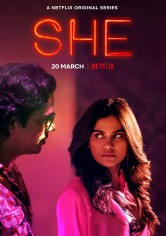 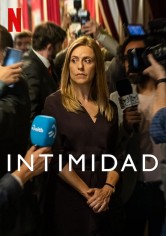