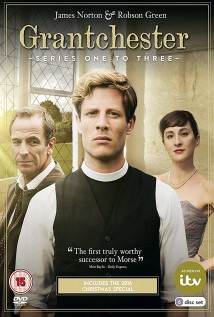 A Cambridgeshire clergyman finds himself investigating a series of mysterious wrongdoings in his small village of Grantchester.

betsat giriş. For starters, Grantchester isn't really a mystery. It's a 21st century soap opera dressed up as a 1950's period piece. Very little time in the very short hour of the program is actually spent on any mystery or how it's solved. The show revolves around the sordid lives of most of the characters. An alcoholic, chain-smoking, carnal Anglican priest, a cop who cheats on his wife, a wife who cheats on her husband and so on and on. I think the only honest, honorable character is Leonard, the homosexual priest, who takes his vows and commitment to the church seriously and really is a good man. Not a single social justice issue or talking point escapes the writers even though most of what they're lecturing viewers about had nothing to do with how anyone in the 50's lived. They seem to have no idea at all of history. All the characters and especially the Vicar seem to have no problem making excuses for their terrible behavior. Giving in to temptation is just fine because God wants them to be happy. What a sad, ugly, depressing little show.

For starters, Grantchester isn't really a mystery. It's a 21st century soap opera dressed up as a 1950's period piece. Very little time in the very short hour of the program is actually spent on any mystery or how it's solved. The show revolves around the sordid lives of most of the characters. An alcoholic, chain-smoking, carnal Anglican priest, a cop who cheats on his wife, a wife who cheats on her husband and so on and on. I think the only honest, honorable character is Leonard, the homosexual priest, who takes his vows and commitment to the church seriously and really is a good man. Not a single social justice issue or talking point escapes the writers even though most of what they're lecturing viewers about had nothing to do with how anyone in the 50's lived. They seem to have no idea at all of history. All the characters and especially the Vicar seem to have no problem making excuses for their terrible behavior. Giving in to temptation is just fine because God wants them to be happy. What a sad, ugly, depressing little show.

Grantchester watchseries. Two extremely hot men (in my opinion), James Norton and Robson Green, star in "Grantchester," a series about a vicar (Norton) and the mysteries he solves with the help of a local police detective (Green).

Chambers is troubled by his war experiences and views his parishioners with great compassion and a sense of forgiveness. As he says, "I'm in a profession where people tell me everything," to which Keating replies, "That's funny, because I'm in a profession where people don't tell me anything." Chambers becomes somewhat of an amateur detective. After a rocky start, he and Keating become friends and bounce ideas off of one another. Keating likes that Chambers is more human than vicar-ish, not above a night on the town. Keating is married with a family; Chambers is pining for his love, Amanda Kendall (Morven Christie) who is marrying someone else.

The setting is a small British village, Grantchester, immediately post-war. It is beautifully photographed, has many light moments and many dramatic moments.

Norton does a great job as a contemplative man grappling with his own thoughts and feelings as he tries to help others. This for me is a different kind of role for Robson Green. There was a time, back in his Reckless days, when he was where Norton is now - young and hunky. Now he's older but just as sexy. In this series he gets to show his talent for humor as well as pathos, playing a tired, sometimes grouchy, jaded man balancing a family of a wife and small children and his caseload. Once he asked Chambers if someone was honest. "Well," Chambers says, "he wants to be an MP." Keating says, "I'll take that as a no." Really good series, entertaining with lots of eye candy. And I like Chambers' sermons.

Clerical detective series have been done before, and done better, as with Cadfael, Father Brown, Father Dowling, etc. etc. Grantchester is a mixed bag. I like Inspector Keating -- and his wife and kids -- but the portrayal of the vicar Sidney Chambers is problematic for me -- he comes across as a man doing everything BUT his clerical duties, except for the gratuitous little sermon at the end of each episode. The roles of vicar and hobby- detective are poorly integrated. Chambers is a kind man, but he appears to be a vicar who would far rather be solving crimes than serving his flock and saving souls, habitually leaving his co-worker Leonard to handle his clerical duties. Chambers doesn't just help Inspector Keating a little, he becomes completely engrossed in the crime, to the point of (needlessly) walking out of church during a children's Christmas presentation.

Furthermore, the vicar lacks an appreciation of the sanctity of the confession, as well as the need for basic trust and confidentiality with his parishioners. He actually uses confession and trust as a tool to solve crimes. I am surprised he isn't defrocked. The episodes with the youth, Gary, who spoke privately with the vicar, comes to mind, for one example. (By the way, his church pews are never full, and rarely half-full. Is this consistent with post-war England? Maybe.)

In the first episode I quite liked the luscious vicar, Mr. Chambers, but after watching the first two seasons, I was willing to stop there. I grew quite tired of his boozing, smoking, and jazz. In the TV series, his character gradually comes across as increasingly irresponsible and self-indulgent, rather than broody-sexy. As he cavorts around with various women, he appears foolhardy, careless of his reputation, and somewhat stupid, even (recklessly boozing it up in a woman's bedroom, while she is half-dressed, while suspecting she might be a killer). As a vicar, he is anachronistic for the time period.

I am not crazy about his main love interest, Amanda, even though I sympathize with her. I have read that in the books her characterization was handled better, but the television series lacks something.

I love the stern but soft-hearted housekeeper, Mrs. Maguire (what the dickens!?!) and the humble vicar Leonard, who struggles with timidity and homosexuality. They make the show. Mrs. Maguire is the foil to Chambers, and Leonard's character engenders more sympathy than does the vicar Chambers.

For non-clerical period British detective series, my current top favorite is the new Endeavor series, portraying a young constable Morse, before he became the sometimes arrogant and unlikable Inspector Morse -- apparently a hit series back in its day. Also, I quite enjoyed the George Gentry series, which is set in Manchester (or Newcastle?) in the 1960s. Agatha Christie's Marple series is quite good, too.

I also highly recommend the Vera (Stanhope) series, and the Shetland series, but they are set in the 21st century, with cell phones and computers (both series were based on books by Anne Cleeves). For a British crime-detective series that focuses more on the judicial court proceedings, I like Kavanaugh, QC.

As the wise Mrs. M. knows, I NEED Sidney Chambers. Even though ALL of the remaining actors do a wonderful job, for me the show WAS Sidney Chambers. I didn't watch it to find out whodunit! I watched it to see Sidney's world, the murder mystery was incidental. Without his character brilliantly portrayed by James Norton, Grantchester is just too sad. I don't want to be reminded constantly of the loss. S4E1 was the end for me, too.

As another has written, I came to Grantchester after a few seasons of Father Brown. While another "priest+cop" series seemed redundant, Grantchester is brilliantly written and acted.

Sydney Chambers (the Vicar of Grantchester) is conflicted...almost tortured by the choices he faces; the complications of the crimes that drive the main part of the story don't make Sydney's life any easier. (No add'l info on this as that would be a spoiler.)

The last time I was this caught up in a British detective series was with Jeremy Brett's Sherlock Holmes. Yes; it's that good - even better.

Go with it; you won't be sorry.

I have just finished viewing the sixth episode of Granchester and am pleased to see that the series is being continued for another season. After viewing the sixth show, I detect a dramatic shift in the characters who have now become very close friends. The show has also matured into a somewhat dark, psychological drama where the pain and the character flaws of the two men are as much a part of the show as the murder mysteries they solve together.

At the start of the series, the police officer, Geordie Keating, played by Robson Green, was suspicious of the idealistic vicar, Sidney Chambers, played by James Norton, whose life was so different than his own. After a few months, Sidney wins Geordie's friendship by using his intuitive skills to help him solve the ongoing murders that plague the village. Geordie is a no nonsense police officer with a wife and four children who is made to appear almost as a "Columbo" figure (from the U.S. television show in the 1970's and 80's) with his worn-out raincoat and hunched figure. He is a drinker and a World War II veteran. Chambers also likes to imbibe, a bit too much, and has had a series of ill-fated affairs, going against the grain for an Anglican vicar. Chambers is well aware of his shortcomings but he has a huge heart which not only endears him to women but enables him to see the best in the people of his village.

Chambers also helps Geordie through a serious crisis in his family when one of his children becomes seriously ill and Geordie is unable to be with his family and share the pain that his wife Cathy is feeling; he has been trained in both war and peace to keep emotions in check. Chambers has a great heart but he is no fool and when there is a murder, he jumps right into the action, giving the overworked Geordie the benefit of his insights. We see a number of sub-plots in the series, with some comic relief from the vicar's housekeeper, Mrs. McGuire, who treats her boss like a wayward son, finding the empty whiskey bottles and watching his liaisons with the women in his life. Then there is Sidney's curate, who is unwise to the world and full of false dreams about his idyllic life as a country priest. His naive nature soon takes a beating under the patient and watchful eye of Sidney, who has much more experience to draw upon.

Sidney must also navigate around the impending marriage of his former lover who he stills sees socially from time to time. It is clear that the two still care deeply for one another. The show has some dramatic flashbacks for Sidney that haunt him long after the war. Geordie has also been through the ordeal of war and knows the moral ambiguities that Sidney faces. The personal sides of the two men have become more pronounced as the show moved through subsequent episodes. I am looking forward to seeing the next season. 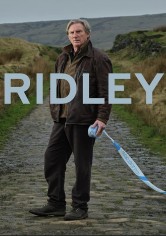 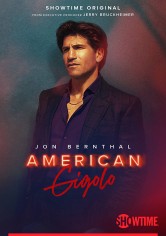 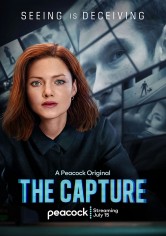