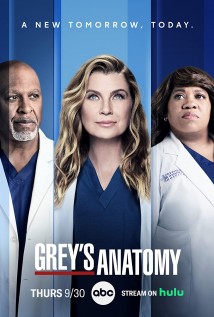 A drama centered on the personal and professional lives of five surgical interns and their supervisors.

I used to love this show. Couldn't wait for Thursday to come. What are they doing?! Social issues are important, but does every single episode have to be a freakin' sermon?

The Network From Nowhere really knocked me for a loop by smacking the viewing audience upside its collective head with THREE strong series that came out winners: "Desperate Housewives" and "LOST" being the first two.

Now that we are well into the second season for both of those, and their story arcs are looking a little 'iffy', it's the third and most surprising contender, "Grey's Anatomy", that looks to be the strongest of the bunch. As the follow-up riding on "Housewives'" coattails, I was ready to dismiss it outright as "Ally McBeal in hospital scrubs." But not having much else to watch in that time slot, I decided to give it a try, and was I pleasantly shocked! Though there ARE some moments where the principal characters come off as self-centered, neurotic and at times downright eccentric, it never reached the level of absurdity that "Ally" often did, and thank God for that! Ellen Pompeo as Dr. Meredith Grey comes off as likable and probably more self-aware and introspective than self-absorbed and scatterbrained, though there are moments you do want to reach into the screen and give her a good shaking.

And good call on the ensemble casting! You really have to give props to any show that FINALLY figures out how to effectively showcase the sweet-and-sour charms of Sandra Oh, who was good enough to elevate a sow's ear of a show like "Arli$$," if not to save it. And not to mention give assorted actors who have all been great in projects not up to their talents, the chance to really shine in some very well-written roles, and I want to single out Katherine Heigl, Justin Chambers, Chandra Wilson and especially T.R. Knight as George, who is really coming into his own as this season progresses.

Not to snub Isaiah Washington, James Pickens, Jr., Kate Walsh or the so-hot-it's-criminal Patrick Dempsey. Seasoned vets all, it's just good to see them all land in a nice place where they can do great work with some sense of job security. (WE HOPE.)

Realistic enough to be accessible but not a turn-off, and whimsically light enough at other times without straying into "Stefan-the-Frog" territory, (are you listening, David Kelley?), "Grey's" should remain as a dependable Sunday night staple as long as creator/producer Shonda Rhimes and her crew are able to continue to strike that balance, and keep its newfound audience interested and entertained with the trials, tribulations and trysts of the staff at Seattle Grace Hospital.

I seem to remember this being a medical show with medical procedures/situations. Now just a cheesy soap opera.

So far, I'm enjoying this show. I consider it a more serious "Scrubs".

To be honest, I started watching it because of the beautiful vistas of Seattle that they show at the beginning of the first episode. I love this city and most of the city views they showed so far would be very hard (or impossible) for me to get otherwise. Seattle is breathtaking on a sunny day.

But this was just what caught my attention initially. I fell in love with the cast and up to this point I enjoyed every minute of "Grey's Anatomy". Some people think it's not realistic and I agree with them, but what TV show is? And if it WAS realistic, I don't think I would watch it. Have you ever been to a hospital? Was it interesting? I didn't think so.

I hope the show stays interesting and funny and if you're looking for reality, don't watch TV.

I'm done with greys anatomy they should end the season when still good. Covid 19 and black lives matter if I want to see all this I watch the news 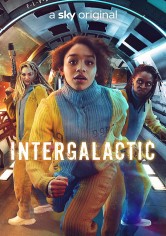 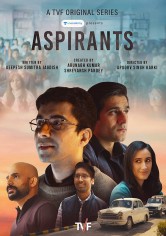 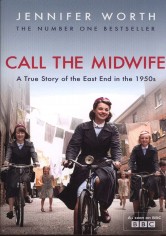