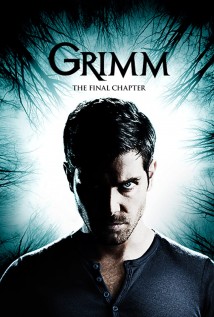 A homicide detective discovers he is a descendant of hunters who fight supernatural forces.

This is a GREAT show!...Cleverly written and the actors are wonderful! Our Family LOVES this show! The way the writers mix the Grimm's Fairy tales into present day plots are very interesting. Seeing Portland,Oregon in all it's beauty and lushness is quite breathtaking. We especially liked the refrigerator repair man on "Danse Macabre". Of course Monroe is always fun. Kate Burton was a wonderful surprise on the pilot episode. David Giuntoli and Danny Bruno are AWESOME!!!!!!! The special effects are amazing. We like the autopsy scenes too even though pretty gruesome! It's way cool! I hope that NBC does the smart thing and keeps this one going... It's certainly a HIT in our house. Sincerely, Nancy Di Leo and Family.

After viewing the pilot of this show, I think it has a lot of potential. Yes it follows the tried and true formula of expose modern individual to some sort of secret war/history/duty/etc, but there is a lot they can do with it from there. It did its job as a pilot: introduce characters, introduce conflict, and give you the general idea how the episodes will go. I think it is about time we had a new show that runs the good old man vs. monster bit, especially one that isn't prone to becoming some touchy-feely WB-esque teen drama. While its too early to judge the show as a whole, it promises good things. I hope it delivers.

I was skeptical when I heard of a cop procedural meets fairy tale show. We've already got something pretty close to that (or we used to) with Supernatural. But while in the folktales course I took this year, my TA suggested it and gave it good reviews so I figured why not. And I'm so glad I did.

This show gives a refreshing spin to the stories we all grew up hearing from our parents and grandparents. For once, they weren't being spoon fed to us as these colorful tales that always had a nice, neat happily ever after. They're dark and menacing and a bit terrifying just as they were intended to be when the Grimm brothers wrote them down in the first collections. The portrayals of the "monsters" is a great blend between scary and amusing that brings back the nostalgic Buffy fan in me (which makes sense seeing as David Greenwalt helped create this). There are some rough spots and the characters need some more development (more Monroe, please!) but that's nothing a bit of time can't remedy. A lot of shows are a little shaky during those first few episodes and start to get their stability once they've found their voice. Seeing as we're only six episodes in, I think things are going pretty well.

As for all the negative feedback from various sources saying it isn't as good as Once Upon A Time, the two are completely different entities. Despite the fairy tale connection, they barely have anything in common. Once Upon A Time is to Grimm the way that Disney is to Horror films. They aren't even in the same drama. Not that there's anything wrong with Once Upon A Time but to constantly compare the two and debate which is better is a waste of energy and time. Hopefully, Grimm can pick up a bit more favor or reviews with a little less bias in favor of OUAT. Either way, we've got till May to see if these fairy tales have happy endings for all.

Grimm is a really good show where you basically learn that Grimm's fairy tales was not really fairy tales after all. Nick, the main character, is coming to terms with this whole new world and the fact that he is a Grimm. I like that this is the type of show that you can watch with friends, kids, and even your grandmother because it's good for all audiences. I love supernatural type shows and this is a really good one. The only real complaint that I have about the show is the acting, mostly, Juliette's acting. She is just not a real character that you learn to grow and love like most shows typically do. When things happen to her it's pretty much just like whatever, he's better off because her acting or lack there of can get pretty annoying. Anyway, really good show and do recommend.

Wow. I'm only on season 5, but I am beyond blown away with this show. I'm surprised a NBC show was so beautifully written. It hooked me instantly on the first episode. Each episode you dig deeper and deeper and you get more and more sucked in. My only negative comments revolve around the acting, Claire Coffee who plays Adalind Schade is by far the most annoying character. I think her character could've been played by a much better actress. On top of that it took me awhile to get into a Juliet's character she was very annoying in the beginning but then you grow to love her. I am sad I didn't watch this when it aired on tv, but I am glad I found it now. Can't wait to finish it, but it is definitely worth watching. I recommend it highly. Hopefully it doesn't let me down when it ends.

Grimm largely follows the line of most crime dramas, but with the fun twist that the bad guys are characters from fairy tales and folk-stories. The main character is reasonably interesting, his partners (one his human police partner & a new friend that is basically a big bad wolf) are mildly amusing, and the crimes are intriguing. Only time will tell if it can stay interesting, but for now I am extremely optimistic. It is a show that can appeal to fantasy fans (like me) and crime drama fans (like my husband).

Being one of two fantasy themed new shows on network television, Grimm is inevitably compared to ABC's Once Upon a Time, which is a bit more fantasy. I am enjoying Once Upon a Time a great deal (my husband hasn't watched since the first episode), but frankly it seems more like a mini-series. It has an end written into the story & if they try to drag it out too long it will start to seem ridiculous. Grimm on the other hand, can last as long as the writers keep finding more folktales & there are thousands of those.

This show has appeal and intrigue, which is why I really like it. In many ways, it is believable, or makes a solid attempt to be (although elements of fantasy might not be a match for some peoples limited reality). It awakens your imagination and pushes it a little further. It is exciting and the action is constant in its delivery, which keeps your interest. You don't always know what to expect, while at other times, you may try to solve the mystery and prove yourself right, or wrong.

The characters are engaging and likable, for the most part. There are some that are waiting in the wings to make their "big move", but you kind of assume thatand wait for it. You may not be certain as to their "true" role in the grand scheme of things.

While some "horror" elements exist, they are limited, appropriately concealed for network TV, and easily digested. This does not, in my opinion, take away from the x-factor that this show delivers. The show makes you feel as though you are a part of it, and allows you to put yourself in one of the roles, if you dare to imagine.

In the beginning, I thought that it was a blend of CSI and Buffy the Vampire Slayer. However, after watching all the episodes, it has made its own unique mark. Therefore, the GRIMM has a "thumbs up" from me. Keep it going, or at least find a good adoptive station to carry its flag.

Grimm is one of a few shows with realistic characters who are neither perfectly benevolent nor malicious. The lead character is a detective who is sent on a mission by his dying aunt to rid Portland, Oregon of evil people who are actually not completely human. The protagonist is not perfect as he frequently looks out for many of his own needs taking advantage of other people in the process. He is mostly good, but not perfect which is exactly what the show needs. Furthermore, I enjoy role of the protagonist's girlfriend. She is aware he has a secret and she wants to help, but he knows telling her about who he is will place her life in danger. The protagonist has an official and unofficial partner which is a great twist in the show because it divides the show into two halves. Part of the show is dedicated to solving the official crime and the other part of the show is dedicated to catching the evil partial people. The unofficial partner is possibly the best character in the show because he believes he should assist the protagonist to make up for his troubled past. The reason I am not giving this show a 10 is because I am getting tired of the show taking place entirely in Portland, Oregon. How does the protagonist find so many of these partial human creatures, which are supposed to be fairly rare, just in the city of Portland alone? It is starting to get a little silly when the "rare" creatures account for about 1/10 of the population. However, this is the only major flaw of the show and it is easy to overlook. In a scale of 1-10 in which 1 is the worst, 10 is the best and 5 is average. This show is a 9/10 Great and highly recommended.

I'm glad that the networks are finally competing for an audience again. A lot of TV series keep rehashing the same old stories and people are turning away to Cable TV for original shows.

I think "Grimm" is NBC's way of saying, "Hey there now, we're not giving up." Love the show, love the stories, was waiting for the next episode during Thanksgiving Weekend and now I'm waiting the week after and I have yet to see the next episode. I don't know why NBC is trying to kill this show by making its audience go somewhere else for entertainment.

Either way, the show is great, the stories are hella weird and this show is out there, along with American Horror Stories, the only two shows I'm currently watching on TV.

I watched this series with pleasure. It was not too intense but also never shallow. Nice series for relaxed evenings. 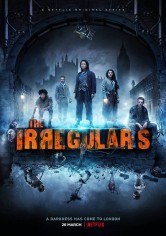 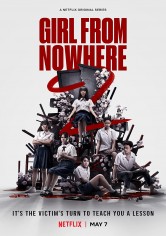 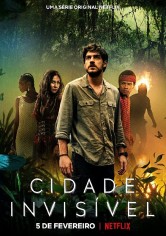 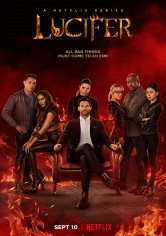