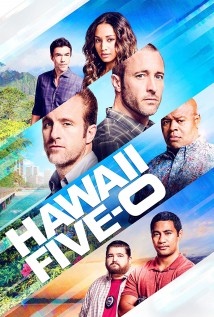 Steve McGarrett returns home to Oahu in order to find his father's killer; The Governor offers him the chance to run his own task force Five 0.

yatırımsız deneme bonusu. ...with Scott Caan's increasingly stoopid hair style? It looks like crap, and it's very distracting. Either buzz the wanna-be sad rooster look, or grow the hairdo out; it doesn't do anything but make the character look lame as hell.

...with Scott Caan's increasingly stoopid hair style? It looks like crap, and it's very distracting. Either buzz the wanna-be sad rooster look, or grow the hairdo out; it doesn't do anything but make the character look lame as hell.

Hawaii Five-0 watchseries. Actors: Main 3 are cookie cutter, nearly identical birth years. I like that they're in their 30's and not all 90210 on viewers. Storyline: Definitely an action show, and it's done adequately. Script: Solid. Some cheesy stuff, some wow stuff, some well acted scenes. A few roll your eyes moments, but that keeps in part with the way the original was.

Pros: The script writing. The acting. The actors aren't Hollywood good-looking. But they are a good match with the scripts. Subtle little moments of humour, that you have to see visually and/or hear. Something ha ha will be thrown in there when you least expect it. The building of the characters. You find out little bits here and there and already starting to get a better understanding of how a character is the way he or she is.

Cons: The filming of a fight sequence, taking on the bad guys was terrible. That's not a spoiler. You'd fully expect to see one, seeing as it was in a huge amount of TV commercials. It sucks because you can see the distance between them, when they are at blows with each other. The editing is a shambles, it's so crappy in the action sequences. Could be much better. Hire more qualified people, it's worth it.

The believability of some legal situations are a bit dodgy. That detracts, and makes it a little hard to buy into it. But then again it is not a documentary. It's a TV show that's there to entertain you. Watch yourself a reality show like Cops if you're going to harp on it.

Summarily. My take: I like it because it's fresh. The camaraderie reminds me (a little) of: some Starsky and Hutch, a dash of 21 Jump Street, and yes the feel of the original Hawaii Five-O is there. It's on location on beautiful Oahu, with little studio time in it. Outdoors: That's just how they roll on that island.

Doesn't anyone get tired of the constant bickering between Danny and Steve or is this just the incompetence of the writers? (Send them to Hallmark.) Turning off the sound and making up your own storyline is the only way to watch this show.

I was a huge fan of the original Hawaii Five-O, so when I heard about this attempt at a new show, I was excited but skeptical at the same time. Would it be just another CSI, or would it be different? Would it deserve to be called 'Hawaii Five-O'? Well, I must say...

First of all, the show is NOT just another CSI. It's different...it's funny...all in all, it's refreshing. Steve and Danno's bantering with each other is hilarious...very normal and realistic. There are some differences regarding the character's lives, but that's fine, as long as every episode has the spirit that it's had so far.

As for the actors...Alex O'Loughlin and Scott Caan are perfect. I can't imagine anyone else having their roles. Daniel Dae Kim is fine in his role...the only problem I have is with Grace Park. It seems unbelievable that her character would land a job like this, fresh out of police academy and with no real police experience...not to mention that she looks 15 years old. Oh well.

I haven't missed a single episode, and eagerly await it every week!

This show feels like the antidote to all those forensic, gritty, supposedly realistic crime dramas out there today. Hawaii 5-0 2010 is no crime drama, and it's not meant to be. It's also not its father, and anyone looking for a straight remake of the original classic is setting themselves up for disappointment. It's an old-fashioned cop show, the concept updated for today's audience, but with story lines that Starsky & Hutch would be proud of, providing a few more car chases down box-strewn alleyways were thrown in. It's Die Hard for the small screen - John McClane would fit right into the new 5-0 unit, fighting all the terrorist/ninja/crooked cop types that Hawaii seems to be attracting like a magnet. Excellent action sequences, great gun fights, some entertaining relationships developing between the characters, and you know what? Sometimes things just go boom. Pure entertainment, nothing more, nothing less.