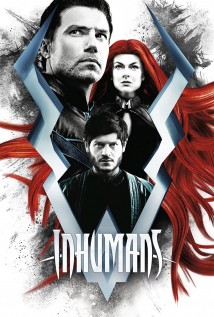 An isolated community of superhumans fight to protect themselves.

It doesn't get any more lame and amateurish than this.

This is by far the worst Marvel production I've seen.

The writing is terrible.

The acting is so bad, it's like a high school drama class.

The dialog is just as bad.

The only thing decent is the directing.

I'm giving this 1 season if it doesn't up it's game.

It's a another fantasy/adventure story.

The set and costume designs were okay. But, the dialogue was terrible.

The actors were so stiff. Looked like a high school play on a stage.

The physical fighting was truly terrible. Total lack of fluidity and commitment.

The plot has promise. But, the execution lacks magic. Please try again.

This show fails on every level. The acting is stiff, the costumes are cheesy and the CGI is awful. The drama, or the lack thereof, is so poorly done that it makes sitting through the show boring. Regarding Lockjaw, the CGI is poorly done which makes the character stick out and thus makes him not believable. Overall, the show is a big miss. 2/10.

This was a horrible series about The Inhumans. Because the dumb dog, Lockjaw sends each of the core cast to different parts of Hawaii, the Inhumans spend most of the TV series trying to find each other, while touring all over Hawaii. I have to think that the Tourism Board of Hawaii must have funded a substantial part of the production costs?

The cast is good in some areas. Black Bolt is played by Anson Mount, who has no charisma, and is perfect for the role of a mute superhero who has no personality. Medusa is played by Serinda Swan, who has a sour look and witch face that is perfect for the role. Unfortunately, Swan is all over the place. Her acting goes from friendly to abrasive to compassionate to argumentative and generally irritating.

One of the supporting Inhumans is Karnak, who is played really badly by Ken Leung. In this TV series, Karnak trips climbing a hill, and hit his head. That is totally unlike the character of Karnak. The entire TV series, Karnak is walking around confused, due to his head trauma. Ken Leung is way to old for the role, and he looks like a flabby middle-aged Karnak.

Every time Karnak says something, he mentions that his head hurts and he is confused. Considering the dangers of head trauma, why didn't somebody take him to a hospital? There is also a totally ridiculous sub-plot involving Karnak and a very hot young woman who is several inches taller than him. This went from "The Inhumans" to "flabby old man getting sum" for about thirty minutes.

Triton (played by Mike Moh) should have been the most exciting member of the Inhumans, but he is only in three episodes. Triton is the real star of the Inhumans, and in this TV series, he was shot by assassins hired by Maximus, and disappears for most of the TV series. Really bad plotting and writing.

Eme Ikwuakor plays Gorgon, who is supposed to be a gigantic man-beast. Ikwuakor plays the character as a confused man-child who needs to be guided by others. Another weak-minded character.

In terms of fighting, Gorgon cannot hold his own against the various villains that Maximus sends his way. There is a sub-plot involving a local group of Hawaiians that wants to help Gorgon, and Gorgon looks totally unable to lead this group in any way.

Isabelle Cornish plays Crystal as a empty-headed valley girl who has no clue. Crystal was never a total zero in the comic books, sadly she gets wasted in the TV series. Crystal also had an incredible bond and control over Lockjaw, the teleporting dog. In this series, she gets separated from the dog a few times, and has no control over where the dog drops people off.

The main villains are Maximus, totally over-acted by Iwan Rheon, and his main lackey, Auran, played by Sonya Balmores. There is a world-domination speech by Maximus every five minutes of every episode, and they are insanely boring. Maximus feels slighted by his brother Black Bolt, and he may have killed his parents so that Black Bolt would be blamed. Every flashback is about the same general topic, mostly that Black Bolt is not nice to Maximus.

Sonya Balmores does a decent job as a lackey. She is ruthless and mean. Then she flips her character when Maximus does not reciprocate her love interest in him. Really lame writing.

Ellen Woglam plays Louise, as a NASA scientist who is fascinated with the moon, and begs the Inhumans to take her to the moon, and helps them tour Hawaii. Medusa treats her in a very arrogant and degrading manner, like Louise was her housekee

Please. Stop. Who ever allowed this to get out of concept and into development needs to not work in the industry.

This is just plain bad. I cannot drum up enough imagination to add more commentary because it is impossible to write compelling commentary when.... dittos above.

OK, let me add one creative nit pick. If they are on the moon, which has 1/6th gravity, at least try and act like there is 1/6th gravity. Is that asking too much? Of course it is. Buck Rogers from 1939... muy better.

I'm shocked this was released in theaters. I understand pilots can be bad at times but this show is weak. Bad special effects don't help the bad writing. The stunts are stunted like the maker's Iron HamFist on Netflix. The electronic versions of 60's hits playing make it pretty funny. There's a reason fans or ABC/Disney is downvoting negative reviews here. That reason is even Variety(who gave The Dark Tower a good review) went to levels I've never seen before to let it be known they thought Inhumans was pretty horrid. If I had to guess, ABC's attempt to draw in teen viewers who aren't familiar with the comics turned this into something you'd expect to find on ABC Family. Prepare yourself for the Chronicles of The Inhumans, or better yet don't. Unlike the low-budget scifi shows you can find around cable, this production doesn't understand its limitations. If you were disappointed by Agents of Shield this won't lift your spirits. Another bad Marvel production. Disney isn't very good at this.

Black Bolt (Anson Mount) and Medusa (Serinda Swan) are king and queen of the hidden lunar city of Attilan. Royal Guard leader Gorgon (Eme Ikwuakor) destroys a moon rover from earth operated by scientist Louise (Ellen Woglom). Black Bolt's brother Maximus (Iwan Rheon) has no powers although he does not have to join the powerless relegated to digging tunnels. He leads a revolt overthrowing his brother. Black Bolt, Medusa, Gorgon, and adviser Karnak (Ken Leung) all escape to Hawaii. Medusa's sister Crystal (Isabelle Cornish) and her teleporting dog Lockjaw are taken prisoners by Maximus.

The extended pilot basically killed the series. There are excuses but they aren't reason enough. It's a mistake to make it in IMAX which could never be justified. The scale is not big enough and the production doesn't look good enough. There isn't enough money or style or imagination or competence. By doing theatrical IMAX, they raised expectations and gathering their most fanatic viewers into the same rooms. Any failures would be picked apart and there are so many failures. The scathing critical response was overwhelming before it ever airs on TV. They may be better off concentrating more on Triton's mission on Earth and slow rolling the palace intrigue on Attilan. It would allow them time to build Attilan as a viable set. The pilot is a throwback to the bad old days of slap together comic book adaptations. I can't count every problem. The acting is fine with a few glaring failures. The dog looks cute and is probably the only saving grace. The story is badly constructed. With all its mistakes, I hope that we're done with this show. Somebody took their swings and struck out. Time for the next batter to step up. These characters are better left to TV dustbins.

I concur - yes, it started off really naff. First episode I said to myself, what is this rubbish? I started to do housework and it was on in the background. By episode 3, it had my full attention. Still corny, not the best but really not as bad as some people are making out. I lost interest quicker watching Iron Fist. It's hard to find something to watch these days and some people are swayed by these reviews so try and be objective; give it a chance till the end before slating it, should you really need to.

You know those cringe compilation videos on youtube that are physically painful to watch? Well that's how I felt most of the time watching this. The only good acting came from Iwan Rheon which is sad because this will not look good on his resume.

I would not recommend watching this unless you are extremely high or have a tolerance for horribly written and badly acted TV shows that never should have been made.

Before I watched this show, I had a void in my life. There was uncertainty in my life. When someone asks me what was the worst thing I ever watched, I could not answer that question instantly. I could stop, think about it, consider options and try to find which one would deserve that title. But now, everything is changed. If someone asks me that question again, I will not have to stop and think about it, I will not hesitate, I will not drown in uncertainty! Now I have a definite answer to that question! I can now answer it instantly without a second thought! Thank you, Marvel, thank you, ABC, thanks to everyone involved in this show for having such an impact in my life. Thank you! 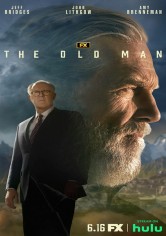 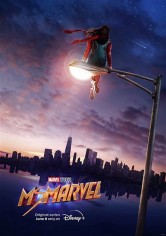 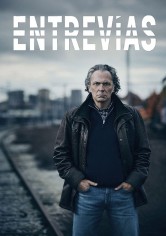 Wrong Side of the Tracks