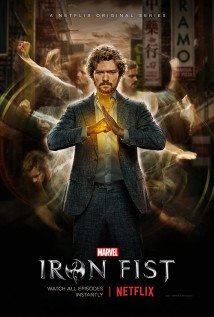 A young man is bestowed with incredible martial arts skills and a mystical force known as the Iron Fist.

I hoped the second season would fix the show, but instead, they added bad writing to make the show even worse than before. Generally speaking, if you are looking for an action Sci Fi with a good story, then Iron Fist is not the answer.

Cultural appropriation: a phrase that is never too far from a press review of Iron Fist. It's also what I'm focusing on here, rather than the questions about this show's pacing and editing (for the record, I think it's great).

Should a white man be playing the Iron Fist? That's the big question on the lips of many a film critic. And the answer, in my humble opinion, is 'Sure, why not?' After all, the character was white in the first place.

Is that 'cultural appropriation'? I guess so. But what's it's not is a problem, and I say that as a person of East Asian descent. There is simply nothing wrong with white people doing kung-fu, just as there's nothing wrong with a white person rapping or, indeed, a Chinese person wearing a baseball cap, while eating a Big Mac and singing Sweet Home Alabama.

Yet critics are making out that Iron Fist is like some kind of throwback to Yellow Peril characters like Fu Manchu, but it's nothing of the sort. There's a simple reason why that was offensive and why Iron Fist isn't.

In spite of this obvious truth, a lot of people suggest that an Asian person would have been better suited to the role. Why? Another chop-socky Chinaman is not what the Asian community needs in terms of media representation. We need more Asian people just being people. An example that springs to mind is Glenn in The Walking Dead. He's great because he's just a regular guy, who also happens to be Asian.

But the critics continue to pile on the criticism when it comes to Iron Fist. I wonder, though, how many of those same critics heaped praise on Kill Bill, which is far more guilty of borrowing from East Asian culture than Iron Fist.

Call Iron Fist what you like. Say it's badly written or boring. That's fine. I disagree, but each to their own. Just stop getting offended about something that's not offensive - and if you aren't Asian, perhaps stop and think about what Asians actually care about.

To start with, I was not happy with the casting even before the show aired, still i hoped to be proved wrong once i watched it.... i wasn't.

Iron fist for those that are comic book fans , is supposed to be one of the most lethal martial artist on the planet, which serves as a good starting point to bring in an expert martial artist to fill the shoes. since that didn't happen the action scenes seem rehearsed and at times slow with no creative choreography. the lead character does not come off as a strong person rather a kid with parent issues that is so annoyingly naive. out of the similar series done by Netflix Iron fist ranks last on my list, with daredevil being first and Jessica Jones second. they really missed the mark on this one.

The writing was sometimes cringe-worthy and while some blame the actors, there's only so much that can be done with a poor script.

The direction was also lacking, with oddly constructed scenes and action. It felt like the actors had little feedback on their performances, which led to the repetitive silliness.

The fight choreography... well, I'm not entirely sure there was any. Unlike Daredevil (for example), where there was a genuine sense of reality in the fight scenes, in Iron Fist it felt like the scenes in Arrow. Unlimited energy, unrealistic combat, no real damage.

That said, it's not actually horrible, and makes for a good weekend binge-watch. Just imagine you're watching a 13-hour Saturday Kung-Fu movie marathon, and set your expectations appropriately.

1st season was bad but still a little interesting. 2nd season just terrible. I tried watching it all but kept getting easily distracted cuz it was so bad.

For those worried about whitewashing, give the show a try. Yes, they could have very well cast an Asian for the lead. But I feel that the producers were afraid of letting fans down for not sticking to the source material. Finn Jones is fine as Danny Rand. He's no where near the size of his comic book counterpart, but let's be real, Iron Fist is completely shredded in the comic books. It's kind of hard to get that ripped. People wanted this show to fail from the beginning, and that's why people are giving it such bad reviews. Plus, most of the critics know nothing of the source material. Even if they try to say that they do. All you have to do is google facts about the character. The show has pacing problems as do all TV shows. But if you are a fan of the comics, and have watched the other Marvel Netflix series, this show will feel familiar. It has the musical style of Luke Cage with the fighting style of Daredevil. You're going to find things you don't like about the show, of course. Just like any other show. But the critics are dead wrong in my opinion. It's a good show. It would have been cool to see an up and coming Asian actor in the role, but being a fan of the comics, I'm glad they stuck to the source material. I understand when Iron Fist was created they made him white in fear of him not selling as an Asian character. But it's not the same in the modern comics or this show for that matter. This show hasn't made him out to be some white savior, and I'm thankful for that. I do wish there were strong Asian superheroes, but I still like this particular character whether he's white or Asian. If you read any of this review, read this part. Watch the show for yourself. Judge it based on your feelings towards it. Don't let a critic tell you not to watch it. Form your own opinion, and please stay open minded.

I binge watched already the whole show since I'm sick at home. I was aware of all the bad critics, but I had nothing else to watch. I was pretty surprised, the show has an entertaining storytelling, good acting (I like Finn as the sometimes childlike but also wise Danny Rand), some humor, sometimes a little bit cheesy, good fight scenes (even though Daredevils hallway scene is unparalleled ). I would rate the show in line with Luke Cage and Jessica Jones, Daredevil is better, but Iron Fist doesn't deserve the hate. It has also three strong, interesting female characters: Rosario Dawson has a comeback as the Night Nurse, but in stronger appearance than in Daredevil or Luke Cage. Also Jessica Henwick as Coleen Wing is a great female lead and Madame Gao is a wonderful fleshed out female villain. Give it a try.

Trash writing destroyed this series. It's so bad it should be on the WB. Every character is a hypocrite in their morals and direction. Every other scene is simply a distraction from the fact half the writing staff has no clue where the story is going and the other half has never seen a martial arts movie before. According to the time line they tried setting up Danny would be over 45yrs old.Colleen is trained by the hand but can fist fight and win against both Danny and Davos, also seems to be better at all the attributes given to monks and these two characters from the first season. This show is a dumpster fire. Netflix pls never rehire this director or writing staff. Complete waste of time. 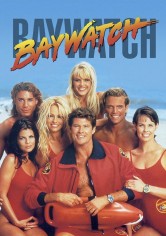 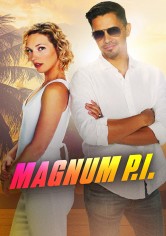 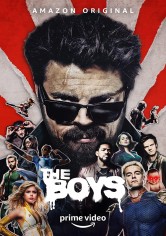 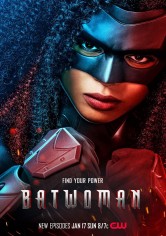