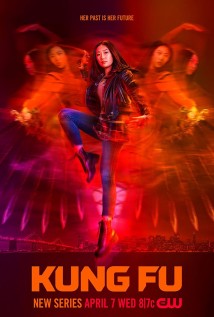 A quarter life crisis causes a young Chinese American woman, Nicky Shen, to drop out of college and go on a life changing journey to an isolated monastery in China. But when she returns to find her hometown overrun with crime and corruption, Nicky uses her martial arts skills and Shaolin values to protect her community and bring criminals to justice all while searching for the assassin who ...

Based on the writings of Bruce Lee, Warrior (2019) is an excellent TV show with some well choreographed martial arts.

But then someone creates this teenage angst driven show, calls it Kung Fu and runs away.

The acting and fighting reminds me of Iron Fist. It's just not any good. The story is horrible and this show is just such a lackluster.

I'll go watch Into the Badlands again and bite my pillow because I had such high expectations to this show.

The original "Kung Fu" TV series was about morality. Yes, the fight scenes were fun and brought something new to Western audiences that amazed us all, but at the heart of the series was a map for how to live a moral life; how to connect with all things.

This series is a disgrace to the "Kung Fu" name. It is written for a young audience and it appears to center around a sword with magical powers (Holy Green Destiny, Batman) and only its rightful owner can hold it (shades of Thor's hammer).

The first episode hints at magical powers to come, and it implies that the charismatic young heroine has developed amazing kung-fu skills in three short years at a monastery. At least in the original series, Caine grew up learning kung-fu and the ways of their Taoist. Zen philosophy.

Apparently the producers of this new series believe young people are not interested in thinking deeply. The plot is as thin as a bad kung-fu movie where the plot centers around, "You killed my teacher!" And of course, they threw in a Tong war. So far, there is no hint of the series that might have been -- a wise and skilled young woman coming back home and helping people not only with her fists of fury, but also helping teach them to accept others and live a more balanced life. As a result, the producers have ripped the heart out of the "Kung Fu" series and shown it to us, beating in their hands, before the series dies.

The only good thing about this show is it made me want to watch the original series,you just can't beat it.

I grew up watching so many different Kung Fu series and this is the worst.

I really wanted to like this. But with the hokey camera tricks to hide the really poor martial arts. Were you can tell no one is even hit the completely affected. But the story isn't necessarily bad.

I feel the need to do a hit number on this show. Be forewarned: this is a pure grudge rant!

I wanted to like it and enjoy the new trend of females playing badasses.

The only redeeming quality is it is filmed in San Francisco, which is where I am from. The star even had potential which was wasted.

The original Kung Fu show may have been one of the most influential trend setting shows in television history. I remember watching the first episode as a teenager and my life was forever changed.

Maybe if they had titled this as "emotionally weak, insecure woman child who knows martial arts" I might be more accepting.

I got as far as the middle of the second episode and recognized that it would never develop into something meaningful with substance. Why do I feel so betrayed? I know... I have to get over it.

David Carradine was able to fake his way through fight scenes relying on his Tai Chi training. He had balance and was able to pull it off. On top of that, the Confucian wisdom and parables played a large part of each episode. The flashbacks of REAL martial artists like Philip Ahn (Master Kan) were a great touch as well. In this new version, Olivia Liang has some physical ability, but she's far from a martial artist. It would have been a better choice to have her mimic something more traditional than push her into doing modern wushu. And the antagonist in this new series, Yvonne Chapman, with barely enough skill to walk by herself, was somehow able to defeat a small army of Shaolin fighters and kill off Olivia's Shifu. Someone like her should have to wear a helmet. Unlike the original, there are no training flashbacks. There aren't any interesting parables or teachings, either. Everything that made the original series fun is missing.

The show is as generic as it comes. The entire show is insanely bland and predictable. Please don't waste your time.

The acting - Terrible all round but especially the stunt men/women over acting when getting hit.

The martial arts - Such slow movements, the punches and kicks landing way too far from the people fighting and the wire work mediocre at best.

The story - The original shows story wasn't really developed enough from the Bruce Lee idea and the changes they've made have just made it worse (Except actually making the main character asian).

Definitely going to give the rest of the series a miss. 👎🏻 Don't even bother watching! 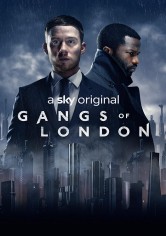