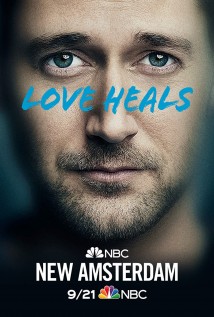 A new medical director breaks the rules to heal the system at America's oldest public hospital.

A medical drama without everyone sleeping with each other! Thank you!

Season 3, within its endless moralizing and virtue signaling has had me cringing with each new episode. This week's past episode regarding Max's "solutions" to global warming finally did me in. New Amsterdam has been removed from my DVR programming.

I tend to agree with other reviewers. Something has gone wrong with the show this year. New writers? The show used to be fun and enjoyable. Now political and dare I say "wokeness". Please please go back to the format that was working in season 1. Otherwise I have a feeling the show is sliding downhill and may soon be cancelled.

Not liking all the 'wokeness' doesn't mean I'm Conservative, or that I even disagree on some woke topics. It means I don't want to sit for an hour watching it on TV. On reflection, New Amsterdam was always woke. But it maintained a balance. A balance that it lost in Season 3. Judging from Season 3's reviews, the ratings have dropped and I'll be surprised if the show gets a fourth season. If so, it will probably be the last. That's what happens when you virtue signal. People lose interest. Not always because they disagree on the topics (although that might be the reason), but mostly because it's just tiring to listen to.

Season 1 and 2 was so amazing but season 3 is just emotional crap, nothing medical anymore!!!!!

I really loved this series until Season 3 - then it started getting overly preachy about one issue or another in every single episode. I found it quite disappointing.

I have been watching this show since it started, and at times it was a bit left-wing preachy, but it did a decent job of trying to represent different points of view. It has become unwatchable. The show has devolved into propaganda, incorporating lies and caricature stereotypes. A real shame, for the message regarding finding solutions for our nation's healthcare issues are now drowned out...

Really getting tiresome having Max go off on one ridiculous tangent after another.

Bring back the realism that made this such a promising show when it began.

I've watched this show from the beginning. It was a great show the first two seasons. The third season is so bad.... I've tried to hold out hoping it would get better but this show has gone too far! It has gone so woke that my children can't watch it. It's really actually disgusting to watch. We watched it for the drama episodes hoping it was similar to ER and similar shows and it did start out that way. Like the actors, they are good. Eggold, go back to Blacklist..

....to ruin another show with their stupid agendas and take a great character like Max and turn him into a socialist activist instead of what he started as. I'm so torn because it has such great actors and had such potential, but I think I may give up. Thankfully with Peacock I can easily skip all the woke nonsense, but I find I'm skipping more and more of the show now. So sad. Hey, NBC - stick to making shows that entertain instead of insult people's intelligence.

I tried but too much woke BS for me. Not entertaining anymore. I hope they cancel the show. Ruined a great show. 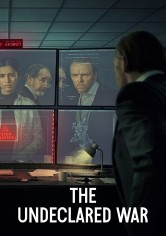