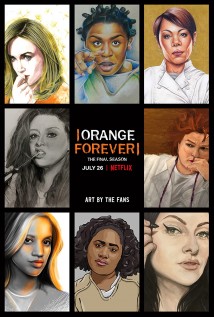 Convicted of a decade old crime of transporting drug money to an ex girlfriend, normally law abiding Piper Chapman is sentenced to a year and a half behind bars to face the reality of how life changing prison can really be.

Orange Is the New Black Trailer

Season 5 is the perfect example of when the show needs to be over. First 2 seasons were amazing, then we saw a gradual decline in good storytelling. And season 5 has no common thread, all the old characters are not even given a chance to shine. The show seems very disconnected, too many ideas never form into anything interesting. Please let it be the last season because it's borderline embarrassing. Pass the word to American Horror Story, and the new Twin Peaks.

This show has mega-jumped the political shark in Season 4 and gone completely off the rails of what it started off as. The start of the show displayed the true to life stereotyping and racial tensions present in any prison in interesting but constructive ways. Now once interesting characters have turned into cartoonish, ridiculous clichés that instead of mirroring reality, are trying to mirror whatever is trending on social media. The saddest part being that most of the events in the news that the story is trying to mimic have been shown to be opposite or untrue of what they appeared, which makes it now seem awkward. That is the risk you take when you film episodes ahead of time without the facts.

Season 1 started off strong and so was most of season 2. The characters were well developed and if not always likable, you understood better where they were coming from. You knew even if they made dumb choices, no one really grows up intending to go to prison. Season 3 got sidetracked with endless backstories that got predictable and tedious, though sometimes entertaining.

Now it's almost like a totally different show, some low budget, amateurish and contrived plot you find on YouTube productions. It's a sad end to what was a great start, the start being the only reason it gets 4 stars. The actors don't feel like they are vested in the show anymore and the writing has lost a lot of it's creativity to pandering. Unless Season 5 starts with Piper waking up and Season 4 being a dream sequence ala Dallas, it won't be worth watching.

This show is a seriously funny drama.

If you like 'Weeds', 'Breaking Bad' or prefer your humour on the darker side, then give it a go... you will not be disappointed.

Very few people create characters like Jenji Kohan... and it is the characters that make this show. Like 'Weeds', 'Orange' is fresh and original, and like 'Weeds' the lead character is tragically flawed and hilariously funny.

Well done to Netflix on their latest production... 'Hemlock Grove' is just weird, 'House of Cards' was hit and miss... but it looks like the third time is a charm. Bravo.

It brings back memories of Weeds. You know in its glory days. The first few seasons before it went off the rails. That's what "Orange Is the New Black" is like. Equal parts funny and sad. A mix of true pathos and yet true honesty and beauty coming from the strangest places. Be warned however there is plenty of lesbian sex and if the "F" word makes your ears bleed it is probably a good idea to turn back now...This isn't OZ but this also isn't Disney. This is a true winner from Netflix and tells an interesting story not only from the main character's perspective but from the other inmates as well. It would have been boring to see things from just her point of view. Like Nancy Botwin on Weeds, sometime Piper Chapman is portrayed in not so good a light because she can be the villain in someone else's story.

The story of your average early-30s female yuppie who gets sent to prison for 15 months for a crime she committed 10 years earlier. Season 1 Episode 1 shows her checking into the prison, and the rest is what goes on inside, plus the effects of her incarceration on her friends and family.

Initially I thought it was going to a female version of Oz, but it is far better than that. Multi-dimensional: funny, sensitive and sometimes dark. There is heaps of depth to the characters. Clever use of pre-prison flashbacks to show what motivates characters in certain situations, and how they got to be in jail. Very sensitively done, it often shows how their personalities were shaped.

This also serves to show that you can't simply judge people by their current actions - everyone has heaps of baggage.

Superb performances from a spot-on cast.

So different to what I expected, and very pleasantly so.

Season 4 continues the good work and was the usual mix of powerful drama and biting comedy. Maybe a bit darker and deeper than previous seasons due to covering issues of insanity, depression, guard brutality and prisoners' lives once they get out of prison. Some characters who didn't get much focus in previous seasons get more of the limelight, while others get less. One of the casualties is Pennsatucky / Doggett (Taryn Manning), which is a shame as she is one of my favourites - multi-layered and funny. On the plus side, Lolly (Lori Petty) gets much more screen time and she is great: funny and sad, all at the same time.

The last two episodes of Season 4 are incredibly powerful and moving.

Season 5 picks up where S4 left off and shows that the writers had certainly not run out of ideas. At a point when most series start to feel jaded, Orange is the New Black was as strong and fresh as ever.

However, Season 5 does mark a turning point, as the show moves from being predominantly character-based to more plot-based. This is a negative thing, as it was the characters and their stories that make the show so engaging.

Season 6 is where the novelty starts to wear off and the writing starts to show signs of weakness. The setting and situation were new: the Max side of the prison, complete with the more limited freedom it presents, plus grittier, more dangerous characters. This made for some interesting possibilities and the writers used these fairly well.

However, the character engagement, usually OITNB's strongest feature, is now largely missing. Tasha Jefferson is the only character whose story is worth following, and this gets drawn out to the nth degree. Piper Chapman, being irritating (though I think this was more due to Taylor Schilling's performance than anything else), was never worth supporting and this season is no exception. She does, however, provide the most emotional moment of the season.

The lack of engagement in the season is largely due to some previously-likeable/interesting characters being made into irritating characters. The over-the-topness of Red and Lorna's dialogue and general drama constantly made me tune out whenever they appeared.

There are a host of new characters but none are worth supporting. Their introduction also dilutes the impact of the characters and stories you do care about.

Overall Season 6 was watchable but it did feel like a chore at times.

The downward trajectory continues in the final season, Season 7. By now it is all plot-based and the enga

Netflix bats it out of the ballpark again with another original, intelligent comedy from the Jenji Kohan, the incredible writer who brought us Weeds! I was hooked from the moment it opened. I wasn't familiar with Taylor Schilling, but I am now a big fan. She's totally charming as the lead and there's a lot of heat between her and fiancé, Jason Biggs. The inmates are a crackup. It's inspiring to see a bunch of women who aren't the same clichés we've seen over and over again. In Orange is the New Black, Kohan pushes the boundaries in the same way she did with Weeds. She somehow manages to make her female leads into adorable victims of circumstance, even if they are criminals. I enjoyed Weeds to the very end. Can't wait to see how this series unfolds!

I enjoy so many of the characters and everything they go through! I'm just now seeing the last season and so far pretty good although I think the first 5 seasons were the best. Lots of wild personalities, intense episodes, satisfying wins, and great soundtrack! OITNB is a phenomenal perspective of what it's like for women prisoners in many aspects. Lastly I love the excitement I feel from the beginning credits, nice mix of jolly and dark. 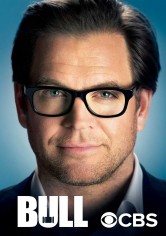 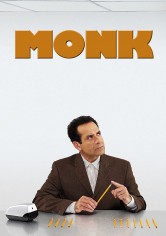 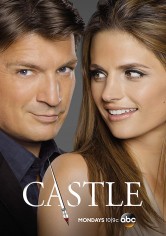