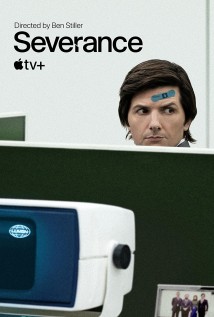 Mark leads a team of office workers whose memories have been surgically divided between their work and personal lives. When a mysterious colleague appears outside of work, it begins a journey to discover the truth about their jobs.

It's not a cerebral sci-fi piece no matter what the 9 and 10 reviewers tell you it maybe. Our brains are already partitioned by our conscious and unconscious minds. It had to be Ben Stiller that came up with this crap.

How I would love to go home after work and not remember a damn thing! If that was the case, work attendance would be at an all time high. With no stress or anxiousness about work, you'll just show up, because that's what you are paid to do. But that's the pros, as for the cons...

Without giving away too much, the first 2 episodes achieve putting the viewer into the mind frame of the characters who take on the bizarre act of Severance for a large secretive corporation. The viewer is then given enough interest and mystery to latch onto with a drip-feed of vital information in this beauty of a slow-burner. Overall it is an Orwellian-Kafkaesque mind teaser with a hint of Beckett's Godot dialogue. The perfect ingredient for a modern trippy journey into the unknown corporate dystopian...

Whoever invented this series has done the world a big disservice. There is a lot of talking about nothing as no-one knows nothing. I know nothing and don't know anything about this series. I don't even know my name, where I live or why I am writing this. In fact why am I writing this or am I?

The pilot had some interesting points but lacked any sort of direction and purpose, just mostly people talking and we get to find out a little background of the 4-6 main characters. Not really much to go on as their jobs are literally looking at numbers.

Director Ben Stiller is trying combine the Office and Black Mirror and this just doesn't work.

Still, I gave the 2nd episode a shot, hoping for anything cool to happen. Nope. Christofer Walken gets no more then 4 minutes and Dichen Lachman gets to repeat nearly the same sentence for 6 minutes. So much for new and interesting characters. A little more background but incredibly slow paced, boring and generally pointless. We don't care about the characters, their interactions or what happens behind the curtain.

Those giving this 8,9 or 10 stars, which at the time of the review is 80% of the 2000 votes are most certainly paid for. If a show can't make a single character interesting, create a good story or have any sort of drama there is little sense in watching and waiting for it to improve. I can't even give this 2 stars, as there isn't one scene that I actually thought was good in the 2 eps I saw. Not one scene. Not one laugh or cool effect. Pointless.

I expected a comedy because of who the lead is , the first minute in you can just feel this show has immense quality behind it there has to be a team that actually cares about what they put on the screen. The first 3-4 minutes gives you a scary idea of the world of the show and I loved it. The direction is simple but the tone , writing score and atmosphere is perfectly done .

Oh my god, this was the most painful hour of television of my life, it's so slow and boring with absolutely nothing happening. Lots of talking in weird empty offices. Great cast so that's why I watched, can't believe I wasted an hour of my life on this rubbish.

Only two episodes are out. So I'm going to keep this very short for now and update with a full review at the end of the series.

All I'll spoil, because I went into the plot blind before watching. Only going by the actors/director, stiller is still one of few unique film makers in hollyweird that can pull in great actors and decent budgets. This is series unlike anything airing and has great potential to be considered one of the greats of offbeat irreverent dark comedy series ever. Can't wait for the world building.

Just give this one a chance, so far it's not political or effected by the real world. It's a universe unto itself. And I love it so far.

I'm only 3 episodes in and it's my new obsession!! I'm intrigued and totally here for it! Each episode gives a bit more. There are no boring moments yet. I don't watch this casually. I'm glued to the tv! Don't listen to negative reviews. Open your mind and watch this!

As Homer Simpson said " I'll leave it to the future Homer , oh future Homer, I don't want to be that guy" ...

You know, damn a lot of people need to do the stupid 9-5, I bet many question themselves why 9 to 5 and not 9 to 1? There is an answer actually, people used to work 16 hours, but some of the Union workers thought it's unfair so they protested and protested until 9-5 was settled as a paradigm... In 2022 people think 9-5 is unfair because the wages allow you to buy much less than your ancestors could and the inflation eating out your savings... Unfortunately for us there are almost no unions any more and people are pushed into corner with this 9-5.

So imagine if you could erase all your memory of spending your time at work every day starting at 9 and ending at 5. Sounds great, but there would still be a person doing that work you don't want to do every day and this TV show is about that person, which just works works works so you don't have to, but it's still your alternative personality which just has no memory of life outside work...

Very interesting show, it's always unsettling and you never feel like what's going on is normal. There's always so many things that you are questioning and it keeps you engaged and interested. Great acting and music and an offbeat unsettling style, very excited for the rest of the series.

I like slow movies that offer quality and story, but Severance is beyond boring, It's painfully and unbearably boring. Good actors, some good camera angles but even so unbearable.

'Severance' does have a good cast and there is a morbid fascination to watching the mystery unfold. But, 'like 'The Purge' or 'Squid Game', the premise is so preposterously dystopian that it becomes nightmare fantasy - and who wants to experience that? Like 'The Purge', which I guess is supposed to illustrate some horrible aspects of American society, but which no one outside of the producers would ever do, there is no one in any conceivable reality that would undergo the procedure, no physicians who would undertake it, and - ahem - no corporate management that would ever adopt it.

So what's the point? There isn't any, except for some totally out-of-touch filmmakers that think this nonsense is valid social commentary. Thus, the three stars. 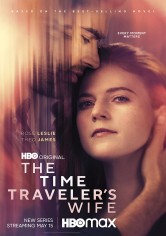 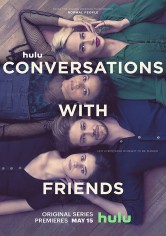 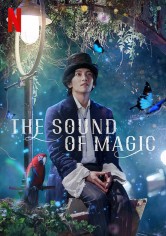 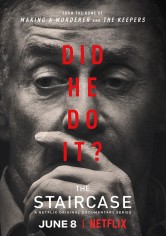