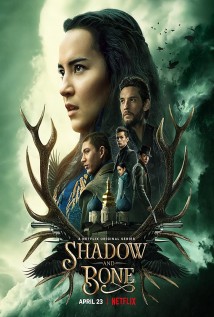 A young woman with newfound powers tries to save her land from a powerful, evil force.

One of the best fantasy television shows I've seen in a while. They did a great job of developing the side characters and building up the larger political dynamics at play, while also giving time to the main characters and their relationships.

I usually find something to cling onto in these sorts of shows because I am a big fan of the genre. I regret to inform you that this was not the case here after having completed season 1.

I agree so much with some reviewers that the world building failed and that is a shame. Who is from which part and why does it matter? What are the worlds arguing about? What's the background? Wish there had been a short intro at least and a map. If there had been more focus on that then at least that would have added some much needed mystery and depth to the show.

What is left is an out of context teen drama with no interesting characters. The first episode was a little bit promising but it went downhill from there.

Initially, I was hooked. Shadow and bone has a promising setting: late 19th century technology with magic on top. You get a lot of lore thrown at you and hardly any explanation, but, hey; I am okay with that. They explain things later, right? Well, perhaps or.. perhaps not.

Unfortunately, they slit their wrists by using happenstance, contradictions and cliches to tell the story. And they add insult to injury by introducing new characters, while they haven't established old ones. Less is more? Just throw that under the bus.

The writers are the culprits. They organized the story around cool moments. And then they had to connect them. And there is where it goes wrong.

A key moment is when Alina's powers are revealed. She is on a ship that is trying to cross this mysterious fold, a rift filled with monsters. The ship is open, and the crew exposed. Then flying monster's attack and this crisis invokes her powers.

The problem here is that the people know obviously that this attack can happen, but did not take any precaution against it, like roofing over the ship or putting most of the crew under decks. Or use a better transport. And a few episodes later a better transport exists: the conductor uses a metal train as transport the Crows across the fold. A train he apparently has built by himself, including laying tracks through that dangerous fold.

And here we see the writers at work. They first needed a cool moment to reveal Alina's powers, then another to carry the Crows across. And thus they create an inconsistent world: open, vulnerable transport versus protected one. If the latter is possible, it makes no sense to use the first. Unless you need it for the story.

The story is rife with these inconsistencies. Is the fold impassible? Well, no, because apparently entire armies cross it to fight each other. And people seem to go back and forth all the time. Or do they? Too dangerous, just perilous, or merely a challenge? Decide, please?

Enemies teleport in whenever and wherever. Alina's party gets ambushed soon after her powers are revealed. They give a flimsy excuse: someone must have noticed her powers. Really? Because they saw her powers from afar? But even that is inconsistent. The people at the edge of the fold didn't see her powers, but the enemy did? And then quickly concluded what she is, who she is, where she is and where she is going? I mean, even the General was skeptical, but they knew for sure? It makes no sense.

Alina's persona is also inconsistent. We get introduced to her as a bright, determined and inventive person. Then a few episodes later her character flips. She becomes a whiny, annoying and docile person. And not to mention she killed her fellow cartographers, but this hardly seems to bother her. Instead, she wines on and on about how hard her life is and about Mal, her friend from the orphanage.

And Mal, the male protagonist, suffers too. He somehow became an expert tracker and an expert boxer between the orphanage and the army? How? When? Please explain? But no.

This sort of writing is insufferable. You just make it up as you go along. They brush aside rules that are established at one moment, the next moment. The conductor tells the Crows not to move because it will throw the train from its course. One does and nothing happens. Baghra, her trainer, throws Alina out and tells her to come back when she believes in herself. Do we see that happen? No. Does she train Alina anyway? Yes!

Huge fan of the book series and i loved the show..how they combined two books and create this masterpiece is amazing..Show is huge improvement of the books.. I'm sure fans of the books will love the show... This is beyond epic..

Fantasy shows on netflix is hit or miss, their biggest hit for me being The Witcher, this one comes in at a close second. It seems that they shelled out just as much of a budget for this show as much as TW. The sets, costumes and cinematography are all top notch. I find it interesting that the setting is like a fantasy world version of Russia. Plus gun battles and magic is not something I've seen in a fantasy show or movie before. The actors all do a great job as well, most of which are unknown to be except for Ben Barnes. I have not read the books but according to some other reviews the show is a good adaptation of them when usually their are massive changes. So if you are looking for a fun well made fantasy series this one is worth watching. I've watched half of the season so far and I'm trying not to watch the whole thing today but I'm hooked!.

Edit: ok I couldnt help myself, I watched the entire season cuz I think it was that good. However I have one complaint, at times the show is so dark you cant see what is happening, especially in the season finale battle scene. I'm talking Game Of Thrones battle of Winterfell dark, hence the 9. Other than that this is just as good as Witcher and Stranger Things, another success for netflix. Damn it I'm gonna have to read the books now, Please make a season 2!

As someone who's read all the books in the grishaverse, I personally think this is an amazing and faithful adaptation. There are some minor changes to the characters, plot, etc, but I actually found that they improved upon aspects that were lacking in the books. I do think that it may be a little confusing for someone who is less familiar with the material, but overall the they do a great job fitting all the various stories together and having it all make sense.

We gave up after two episodes.

It's not terrible, but the acting is stilted (possibly the fault of the script rather than the players) & the plot is just a bit clumsy, with sporadic exposition followed by a bit too much angst for the situation. It's definitely aimed at a teen audience; those who liked His Dark Materials, with which it shares a certain ponderous inevitability. There seems to be a lot to be explored, but it's weighed down by hesitant pacing & the awkward 'will-they-won't-they' of the two leads.

Whatever they're trying to do, I'm sure they'll manage to do it in the end, and very probably live happily ever after; I just don't have the will to follow their journey.

Special affects are great. Story is a little slow in the beginning but ends up being well worth it! Makes me want to go buy the books because I want to know what happens next!! 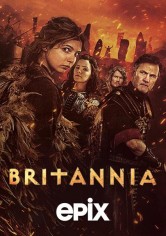 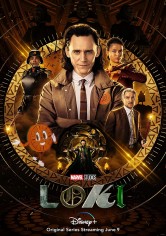 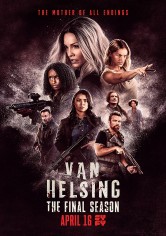