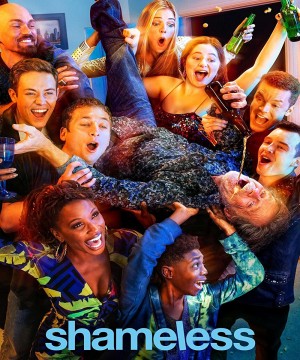 I don't leave reviews very often but I had to for this show. I have not seen the UK version and don't really care to because this show is just top notch. I had never heard of this show since I work overseas but ended up catching the 5th episode and absolutely loved it. I told all of the guys in the fire station about it and ever since we have had to catch up on all of the previous episodes. Everyone in the department loves this show and that is a hard thing to do. All of the characters are just great and have so many flaws. William H. Macy does an awesome job as the dysfunctional father. I gave it the highest review I think a show can receive because I don't think there is a perfect show, but this comes darn close. I definitely recommend this show.

I like many am an avid fan of shameless since it kicked off many years ago. I was never into comedy/drama's but this show changed that perspective within the first season. It took nearly 4 months to bring myself to watch season 9 due to the poor ratings and season 8 being abit plants aswell. The Irishman? What a bore, along with the whole gay thing, you just say to yourself, MOVE ON ALREADY! season 9 is how most are saying. Average at best. I only watched it as I was stuck for things to watch. There's maybe 2 good episodes. Needs alot of spice to get it back the how brilliant it used to be

I've followed the original version in the UK since it started and it's still going strong (to correct an earlier reviewer it wasn't aired on the BBC, it's a Channel Four series). I therefore approached this with apprehension. To take a loved UK program and set it in the US has a history of failures but I liked the look of the trailer and gave it a go. I have to admit that throughout the first episode I was constantly thinking 'oh she's not as good as so and so' or 'I much prefer David to William'. However there was a lot packed into that episode and the script was pretty good. Come episode two I was hooked and to honest much prefer this version.

It has cleverly achieved what the UK version has in taking a subject and a group of characters that most people should loathe and turned them into a lovable group, all beautifully portrayed. Real, rounded, believable characters and so many of them too. Many people will have been turned off this by the trailer and thought it's not for them which is a shame. It really is extremely well written with great pace and some superb performances. I love Emmy Rossum and her portrayal of Fiona is astounding. I agree that William H Macy's Frank is more likable since he isn't always drunk and Joan Cusack is perfect as Sheila (I found the UK Sheila quite annoying).

We are only up to episode 7 of the US series here in the UK and its top of my weekly viewing. Great to see they are making a second series in the US and in fact given they have plenty of material to use, since we are up to Series 8 here in the UK, I hope it has the same longevity.

I've loved Shameless ever since Season 1 and I'm going to miss it when it's finally over but it's probably time for it to end! While still worth watching, it just hasn't been as good without Emmy Rossum! Shameless has been such a great show for so long so it's hard to say goodbye...I'm going to miss it!