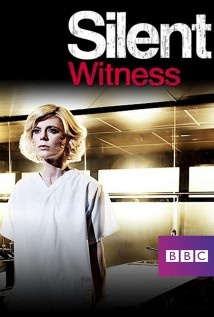 Crimes through the eyes of a team of forensic pathologists and forensic scientists.

I always enjoy this show for the following reasons: It gives a wonderful insight, if simplified, into the world of forensic pathology, an area in which I would love to work.

Each new case is original, well constructed and thoughtfully presented. They remain topical, without the feeling of an after-school special relating to current affairs.

Unlike shoddy American drama, the focus is on the storyline and character development. The reason that dialogue is not snappy and constant is because it would turn the characters into one of the "Friends" brigade - where cheap laughs are more important than the integrity of the character.

The show is challenging - plots and subplots intertwine cleverly, meaning it's not a "background" show, but one which is completely consuming for the viewer.

The honest make-up/autopsy scenes. These just fit, without being sensationalist, and add to the realistic feeling of the show.

This series continues to grow in interest, quality and plot lines.

Whenever people rave about CSi, (which I consider it, and it's even lamer derivatives to be THE worst drama on TV), I always point them to Silent Witness. It follows accurate pathology, police routine and technology, and doesn't talk down, or dumb down. If you want to see pathologists at work, then you are going to see cadavers opened up. (That's what they do.) If you don't like that sort of thing, stop complaining that it's sick and go back to washed-out, inaccurate American cop shows that wouldn't know a dead body if it jumped up and bit them. (Or just lay there looking pretty with a cloth laid over their naughty bits.)

I am a retired Detective Sergeant having spent most of my service in CID and Fraud. Silent Witness is lightweight enjoyable drama, but is frequently flawed. The forensic team of non-police officers are often shown watching, or indeed taking part in suspect and witness interviews. They're also often too close to the armed officers at scenes and searches, groan. Plus of course they do numerous tasks that would be undertaken by actual police detectives or trained family liaison officers. Enjoy it for what it is, but it ain't reality!

Amanda Burton's Professor Sam Ryan is a clever, highly-intelligent and sometimes intimidating coroner and professor at London University. Her professional qualifications set her apart from other coroners in the area, and so she is regularly called upon to assist the police at homocide crime scenes and in subsequent autopsies. In the style of a murder-cop show starring someone besides a cop, Professor Ryan manages to solve all of the cases herself, only occasionally calling on the aid of one of the actual police officers. This series is very often intense and graphic during some of the autopsy scenes, but it is consistently well-written and well-acted. Very little of Sam Ryan's private life leaks into the series, and the series' primary focus on the murder in question is somewhat unusual to this genre. When a glimpse of Professor Ryan's personal life is revealed to the audience, it leaves them curious for more. Silent Witness is a very well-written show and I highly recommend it when it next appears in reruns!

This show is a favourite of mine. I'm rarely bored watching it, but anyone thinking it's realistic must be high as a kite.

It has good pace and throws enough red herrings in the mix to keep me (usually) unsure as to who did what and how it will all pan out.

However, you do have to swallow the idea of a forensic team that could easily be confused with a posse of rogue policemen. These people don't just do forensic science and make occasional court appearances. They barge past detectives to interrogate witnesses (the detectives never seem to mind this) and chase and tackle suspects. They have guns held to their heads every so often. They get out there and meet all the players, sometimes even date them. Some of them do it all tottering around in high heels. It's utterly ridiculous but the success of the show testifies to its dependable entertainment value. Enjoy with a large grain of salt.

The stories and characters are well developed. The theme music reminds me of something you would hear at a seance. I have to fast forward through it.

There was a time, long, long ago, when Silent Witness was a good programme. Strong characters and decent stories, logical and believable. Then someone decided to make Emilia Fox the 'star' of the show and it was downhill all the way.

Suddenly, a team of Home Office pathologists became mostly a story about the 'star' character, Nikki Alexander. Home Office pathologists began doubling as forensic scientists, scenes of crime officers, criminal investigators, suspect interrogators and even social workers. No job seemed to be either out of their realm of experience or ability to deal with. The stories became increasingly ridiculous and even had our heroic pathologists chasing around the streets of foreign parts, being shot at and more.

Ludicrous nonsense made even worse by the horrendous and never ending moralising and the 'deeply meaningful' direction, cinematography and musical accompaniment.

Thinking that I had, perhaps, misjudged the series, I gave it another go, but less than halfway into episode 2 of series 10, I had to admit defeat. It is every bit as bad as I'd originally concluded. 8 out of 10 up to the first 2 episodes of series 8; 2 out of 10 for the smug self-satisfaction and unbelievably annoying stupidity of the rest. Adds up to an overall 3.

I have literally grown up with Silent Witness, it's got some incredible staying power. Hard to believe it started back in 1996 and is still going strong twenty years later. Many thought that Series 8 would mark the end of the show with Amanda Burton's departure. I remember at the time being totally gutted she'd decided to leave, but cleverly Emilia Fox was brought in and the show was reborn.

At times it's a tough watch, some of the stories are quite dark and harrowing, Redhill is a good example. Sometimes they are a little too graphic, though in recent times they seem to have toned down some of the nasties, A Guilty Mind is very graphic. The series has never shied away from being controversial.

It's great that viewing figures are stronger now then ever before, showing audiences still love it and want more. We've been treated to some incredible stories over the years, some highlights include Shadows, Falling Angels and The Prodigal. My favourite story being Bloodlines, which is an incredible piece of television, it has it all, excitement, suspense, drama, an emotional connection perhaps not previously achieved in the series.

I understand it faces criticism for being inaccurate, I don't think it strives to be, and I doubt Pathologists solve as many crimes, neither of these points matter one bit, it's a show designed purely for entertainment....

Silent Witness is a good British crime drama. The acting is decent, the scripts are okay(but sometimes verge on dodgy), and it keeps you interested in the story. As in all good crime dramas it's often quite difficult to accurately guess 'whodunnit'.

However I'm stunned to read some of the other reviewers who describe it as realistic. Realistic?!? I don't think so ...

I'm sure Forensics and pathology is a hugely interesting and rewarding career, exciting in it's own way. I'm also equally sure that they don't assume control of police investigations, interrogate suspects and get so embroiled in the culprits or victims private lives that they often find themselves staring down the barrel of a gun or two.

In this respect it's hugely unrealistic - almost as unrealistic as the thought that anyone as whiny, interfering and annoying as Dr Nikki Alexander (played by Emilia Fox) wouldn't have been locked in a laboratory cupboard and forgotten about just to give everyone some respite. 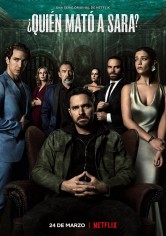 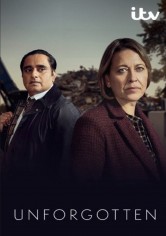 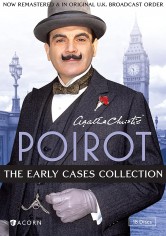 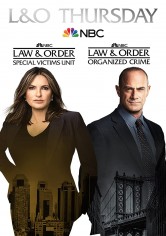