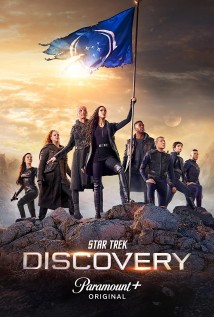 Ten years before Kirk, Spock, and the Enterprise, the USS Discovery discovers new worlds and lifeforms as one Starfleet officer learns to understand all things alien.

Ok, I have started then stopped and then started again and now stopped into 2 episodes of 3, this is a soap opera set in space, the crying..dear god the goddamn crying followed by the whispering speech. This is not Start Trek or even any form of entertainment but a muddled mess.

Where has the science gone? It's more like a soap set in space.

Why, why, why? This is supposed to be earlier in the timeline, but supposedly the technology is more advanced than what came later. Utterly ridiculous to have a ship that can jump locations rather than travel using warp drive. The Klingons looked completely different. What was the point of changing everything. Give this series a different name and move it out of the Star Trek universe. It has nothing to in common with any of the original series. YUCK if the best word to describe this show.

The writing is bad, the characters are bad, the plot is nonsensical. This is a true low mark for star trek.

Does she cry and whisper and cry and whisper and cry... Cheesy is too weak a word to describe it. In this series, Sonequa Martin-Green is among the worst actors/actresses I've ever seen. Compared to her, silent movie actors would look restrained. Mary Wiseman is a close second in that race. Well, most actors are awful here (Michelle Yeoh and David Ajala are fine though). There were a few ok moments in seasons 1 and 2 (Michelle Yeoh was fun even). But season 3 is beyond salvation. Couldn't watch it till the end. Your life is worth more than that.

So sad to see a modern well shot series ruined by such bad writing and production, I mean you really have to be bad to mess this up, the camera work, special effects & the majority of the actors are great, but the weird plots, endless crying, hugging, whispering and the insane obsession of having Michael Burnham in every shot , makes it so uncomfortable to watch. I would love to know what the actors think, surely they must be saying to themselves "seriously" every time they get an episode script. Looking at the 1-2 star reviews here I'm not the only one. I know there was infighting after the first season towards the writing team and 2 producers were sacked and some wannabe called Alex Kurtzman took over ,looks like the original producers were right to criticise the writing team as it's got steadily worse & worse. How any media company can sit down and fund this load of dross is beyond me. The poor actors .

The story writers seem to hack together an incoherent plot and story that doesn't teach any moral lessons, and is neither intelligent or witty. The direction seems extremely forced, and really, there is no star trek - it's just people. This show is just horrible, with forced story lines that just aren't fun, and the characters are not loveable. I don't know 50% of the bridge crew names, and I don't care to know them. There are no moral lessons to learn - it's just amazingly annoying people on screen that you want them to lose - yes, I'm rooting for mankind to end in an explosion, as a moral lesson that mankind deserves to be destroyed if this is what we get in the future, for star fleet.

The only good character is Saru, the rest are terrible. The use of older Star Trek characters to save this awful show is a shame. Only Trek I stopped watching - and I even watched the animated series.

I can't even say how difficult it is to sit through an entire episode of Discovery Series 3. Series 2 began to show some improvement, but now we are back to some pitiful material poorly stitched together and reference again to the faulty premise that Burnham was responsible for deaths, which in fact she never was at all. The reason Star Trek was interesting was not because of any long-winded serial story with too many complications but because each episode contained a story, enthralling new worlds and science. I don't want to see kissing and romantic and emotional story lines at all. This is not really Star Trek at all. It just exploits the franchise name to produce a series. The Tilly character makes me cringe and I actually cannot watch her scenes. This is lamentable garbage, to be fair to it. 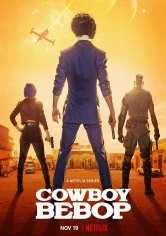