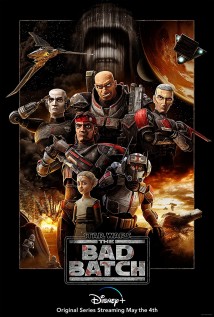 The 'Bad Batch' of elite and experimental clones make their way through an ever changing galaxy in the immediate aftermath of the Clone Wars.

I'm a Star Wars nerd. I fangirl over The Clone Wars, and the final story arc of The Clone Wars is my favorite Star Wars property story. In the first 1 minute of this show, I screamed from delight at seeing the opening. 30 seconds after that, my heart sank lower than it's ever been. Only The Clone Wars could make me ecstatic then shook to my core with despair in such a short amount of time. This first episode is everything I've wanted from Dave Filoni and more- great worldbuilding, story, characterization, and entertainment. Dave Filoni's potential seems the most unleashed here, as he seems to have more creative control now that the show is on Disney+. I am beyond thrilled watching this, and have very high hopes for the rest of the show. Long live The Empire!!

This is the most bland and overdone storyline ever.

Having powerful characters protect a child isn't a very original Star Wars story, amazing the writers thought that was a unique angle.

Only 3 episodes in so it could turn around but not off to a great start. I hope that Dave Filoni has a good reason for repeating these same tropes repeatedly.

As I feared finishing up the 4th episode, Omega is just too annoying. The format has already grown stale, much like Mandalorian Season 2, as the episodes feel repetitive: Bad Batch crew needs to do something, they head to a planet, Omega does something dumb, they need to save her. I get she's a kid who's been locked away her whole life, which only makes it she wouldn't explore, maybe she'd be scared of all these new things? But instead they made her this moronic "Gee whiz, what's over there?" trope, that knows the Empire is after them, knows she's in constant danger, but doesn't care I guess? If she got in trouble not by her own doing, I'd be fine, but they really made her as annoying as possible to the point of putting all the lives of the Bad Batch in constant danger, that she's such a liability it makes no sense they'd keep her. At least baby Yoda was a literal baby where Mando had some kind of goal of delivery. Hopefully things change VERY quickly in these next 12 episodes.

There's good and bad episodes and arcs in the clone wars, this is like one of the bad ones. I'm starting to realise it is actually targeted at 8 year olds, I'll keep watching but only to see the expanded universe that hasn't been shown before, the story and chars are forgettable.

Interesting start to this new series, but it's already slipping into tired, formulaic plots that we've seen many times before. The characters already feel stale and annoying. There is promise here, so hopefully they will take the show in interesting directions. However it's worrying that episodes are already starting to seem like filler.

1 episode was a big banger, but unfortunately the show is too much of Omega and she's very annoying...

Please remove her or something.

Really hope the next episodes gets better.

The Dad Batch or basically Omeguhhh's show now.. Why do they always have to babysit a new character, always rinse and repeat in SW thought this would be a unique experience but back to babysitter's club..

Loved the Clone Wars. Enjoyed Rebels. Was so looking forward to this show and the further adventures of the Bad Batch. But within the first episode it became evident that this show is for CHILDREN. The Omega girl character is beyond annoying and absolutely ruins this show. This entire season is going to be Bad Batch: Adventures in Babysitting. At one point Omega and some children are outside playing and giggling and the soundtrack music at this point sounds like it was ripped straight from an episode of Barney! I looked at my son who was as annoyed as I was and said "Can you imagine them EVER playing music like this during any Clone Wars episode?" During episode 2 the Bad Batch tries to give Omega to a family because the family has other children and it will be a proper environment for Omega to be raised in. I was like "THANK GOD! Now we can get on with the show!" But Omega ditches the family and rejoins the Bad Batch and they welcome her with open arms. Terrible decision adding her to this show. Get woke, go broke.

Add an annoying child character (that's probably one of the things they shouldn't have copied from Episode 1), a bunch of been there, seen that episodes, that feel like repeats (and not good ones) and a lot of plot holes in the first three episodes alone and you have The Bad Batch. The main characters taken from The Clone Wars are pretty good (and the only reason for me to keep on watching), but the new character(s) are useless at best and annoying and out of place (Omega) at worst. You can cleary see Disney's agenda to add a character younger viewers can identify with, which simply doesn't fit into this more grim and dark setting.

The first episode was absolutely outstanding, then episode 2 and 3 was absolutely boring, they might as well have not made them. It went from very exciting to absolutely boring. The story so far has just went down hill. The mandalorian every episode is absolutely epic. But this has failed to draw me in. I will give it a few more episodes before I end up giving up. It started on a high and is now sinking below average.

The premiere episode was was awesome. As soon as Omega was introduced, things started to suck. The show's title is "The Bad Batch" not "Omega Screws Up"; I don't care about Omega. Now the Martez sisters are back. Oh joy. I can't wait for Porkins, Wilrow Hood and Pruneface to show up. C'mon man. 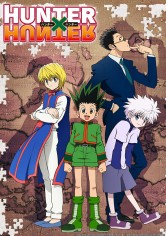 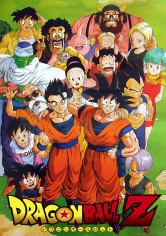 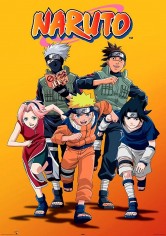 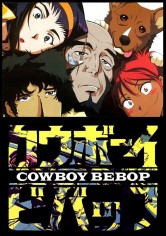