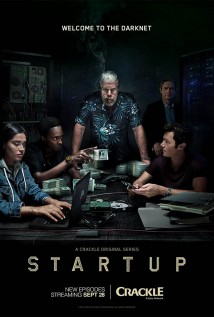 A desperate banker, a Haitian American gang lord and a Cuban American hacker are forced to work together to unwittingly create their version of the American dream organized crime 2.0.

WE NEED A SEASON 4 THERE ARE SOOOOO MANY UNANSWERED QUESTIONS

If I were to choose a key word to describe this show it would be evolution. On so many levels, the characters evolve as the story matures - even the content of the story is about evolving technology.

Another revolving theme would be pursuit of dreams at all cost, while up against great challenges. The science fiction show Farscape had a similar episode formula. Basically in Farscape a series of impossible challenges are presented in the first 10 minutes. The rest of the episode is spent solving these issues, generally with lives on the line. But are lives on the line? Even in that show that I love, the threat of real harm is rarely felt - just awesome entertainment!

But here in StarUp? The threats are very real. The stakes are super high. Choices effect multiple characters. And harsh, harsh scenes allow for tremendous acting opportunities. The cast is up for it! Incredible, breath taking scenes - at least one every two episodes, will reward and punish viewers. It's a Breaking Bad kinda punish though - so artistic and well executed, can't help but continue, because? The characters are so compelling!

StarUp is about a small cast of characters who are trying to get a tech business off the ground and make it viable. One character is the brains, one businessman the other muscle - but they all desire financial success for various reasons. Knowing this hardly can set the viewer up for a truly diverse cast from widely different backgrounds - all with various forms of personal baggage. Nor can one guess at the losses along the way of the journey, each blow the team takes making success more important and worth striving for. Lastly - this show does violence as well as any movie or TV show has to date. Weapons are assigned their extreme destructive potential. Violence is presented how it would actually occur -awkward, shocking - unbelievable scenes that are as stunning as they are captivating. This isn't three rich kids in the bay making an idea a reality. StartUp is a struggle for life for all the major characters.

Humor is present where it should be, as well as the whole gambit of emotions. StartUp wouldn't work without the victories either. It isn't just a slog of difficulties - I'd say StartUp is way less punishing than a Breaking Bad in general, but the hard hitting scenes pack just as much emotional punch.

My one critique is the dialog heavy nature of the show at times feels like it may be, perhaps... dragging on a bit. I guarantee that this is my opinion. I feel this way because the pacing and (all) the dialog may be needed for the show to work. These scenes set the groundwork and anticipation for the more explosive action sequences. At times the suspense is overwhelming - the viewer can really feel the big scenes coming.

StartUp has vision! The tech ideas are awesome, and like Mr. Robot - some of the choices in this show effect the entire landscape of the environment - i.e. world changing stuff. TV with big ideas is easy to like, especially if the presentation, story and characters are solid.

Lastly, as a viewer you'll know pretty quick if this is a show to invest yourself in. If the characters aren't liked a few episodes in? Maybe not your show. I was curious about the casting in the first couple episodes, but after 4 or 5? I couldn't see anyone else in these roles. All the characters are a nice mix of the performer + the writers initial abstraction.

So much to recommend! And the online format by which this exists? Pretty incredib

This series is just something unlike any other other show... I've never felt so immersed into a show before. Went through all 3 seasons in about 2 days, it was that good. Don't get me wrong, it wasn't "perfect". Season 3 was a little rough and a bit underwhelming compared to season 2, but the finale completely made up for it. I feel like this show is even more relevant today than when it was years ago. If only I had watched this when it came out and invested in Bitcoin lol. This is a MUST watch, believe me, I have good taste. Hopefully this show blows up on Netflix, it deserves to be saved. Also, production quality was great, I usually notice the slightest errors throughout scenes and it was all done so professionally. NOW STOP WASTING TIME, GO WATCH THE SHOW AND BUY SOME GENCOIN... I MEAN BITCOIN.

I think the professional critics have no clue on what's a good TV show. On Rotton Tomatoes the critics give it a 33, and the viewers give it a 95. That tells you there how the show is.

I loved it. Couldn't turn it off, Binge watched the series in a few days.

If you like most of the above shows, you will deff. enjoy.

There best be a season 2!

If you like Billions, Ozark and Silicon Valley you will most likely love this one. For some reason this series is very little promoted and it seem like lots of people doesn't know about it (I stumbled on it). Well, I guess its because its not a Netflix or HBO production...

I'm going to finish watching this series because there is enough to keep me interested, but there are sooo many weaknesses in the overall story, like absurd plot points and ridiculous character actions which don't consider obvious consequences, making them seem outright stupid and naive, while at the same time trying to portray them as intelligent, innovative and creative. The inconsistencies are maddening. How can the producers, directors and writers not see that? This show could have been so much better.

Wow! This show is so amazingly good! I wish more people new about it. If it was on a well-known cable channel tons of people would be talking about it. I really like the grittiness of it and how they show the juxtaposition of cultures/rich/poor all within Miami.

The casting is great. Martin Freeman is like nothing I've ever seen him in before. In fact, he creeped me out a lot and normally Martin plays the kind of guy that is so likable. Just the small looks he gives, like when a one night stand told him she didn't want the breakfast he made special for her. I was waiting for him to lash out at her. He didn't have to say a word, but you could see the heat in his eyes calling her many vulgar names.

Edi Gathegi. What an actor! He gave such a commanding performance and I couldn't take my eyes off of him whenever he was on the screen.

The story kept me wanting more. I watched 9/10 episodes in one day and it has been a long time since I've found a TV show that I've wanted to binge. I don't want to have to wait for season 2. Oh man, I hope there will be a season 2! I also loved that I could watch the series on my TV through Xfinity On Demand. I will be spreading the word about the show. So many people would love it.

This rate is related to Ronald and only Ronald, a great actor and speaker.

While I do like this show, it kind of falls flat based on the fact that the creators seem to know nothing about IT nor any legal stuff. Big time investors putting in a lot of money by just handing it over with no apparent paperwork, running some huge server park (apparently consisting mostly of network gear) in your garage for some unknown reason, code reviews of something that is supposed to be ground breaking is done during a coffee break etc. The list goes on and on unfortunately.

I usually don't write reviews but felt compelled to write one for this show after seeing such high ratings. The show started off well but fell off the cliff after the first few episodes. It tries too hard to be edgy with some technical buzz words and shockers here and there. However, it does not redeem the lackluster acting (except a couple) and the lazy writing. It felt too dragged out. 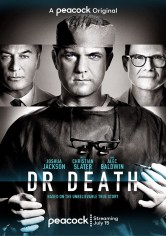 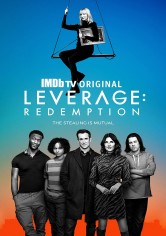 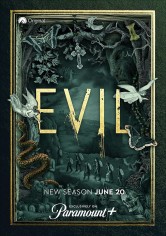 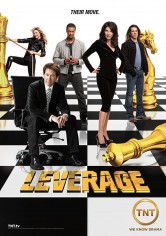