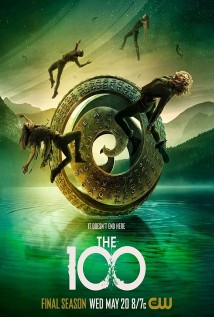 Set ninety seven years after a nuclear war has destroyed civilization, when a spaceship housing humanity's lone survivors sends one hundred juvenile delinquents back to Earth, in hopes of possibly re populating the planet.

This series is not flawless. It hasn't oscar-winnig performances, but solid actors who are not bad at all. Sometimes it's a little melodramatic, but hey, they're still teenagers. This series has good and likeable characters, a cool and unique style and really, i mean really good moments you shouldn't miss. I totally enjoy watching it. I would recommend it. Binge-worthy.

Seriously stick with this show. I watch a lot of TV and when I first started watching the 100 I found the dialogue/accuracy questionable and it seemed like just another CW show. I stayed with it mostly for the interesting concept.

And wow, the second season develops into one of the most exciting programs out there right now. The storyline moves around like lightening, the characters go on believable arcs which deliver amazing transformations in some cases, it's highly original and creates some fascinating dynamics between characters which you don't see anywhere else. OK it's not perfect (sometimes the science makes me frown) but it does so much right I barely pay attention to the increasingly rare blips now.

Heading towards the end of season 2, every scene is compelling and feels important and you care about what happens because they have built it in the right way. Don't expect the fluffy love stories CW is famous for, this is in no way a show just for teenagers, it's not afraid to kill people, and deaths are permanent (thank goodness). The way they bring up questions of morality and strategy, the ambiguity of the characters, the head on approach to the subject matter, all are fascinating. It's gritty and edgy with excellent production value and the only other program I'm getting the same level of epic from right now is Game of Thrones.

I've never written a review before but I just had to support this show and want it to get past any stigma it created in the initial episodes. Check out the ratings in season 2, those are earned and well-deserved.

Binge watch it people! You won't regret it.

The 100 does something not many series can do, it gets better with every season, the character development is great and realistic. Honestly I don't know exactly what to say other than that this is a great series with an actually good story and writing that makes sense. There aren't huge plotholes which is extremely important for a sci-fi show.

I've never watched a tv show before where the writers literally make every single character bi polar its outrageous. One episode you like them and the next you don't. It's literally like this for EVERYONE they portray in this show. That being said it makes it damn near impossible to like a single character. The show has a ton of potential, but the writers do a GREAT JOB of ruining it. 5/10.

Seasons 1-4 were phenomenal. Seasons 5-6 weren't as good, but still really solid seasons with some fantastic episodes. Season 7 started out great with its first two episodes & a few other gems, but for the most part was downright horrendous. The 100's final season ruined the entire show arguably more than Game of Thrones' 8th season did for itself. It's as though everything that made The 100 what it was for the first 6 seasons got thrown out of the window in favor of spiteful, terrible writing. What was once my favorite show has no rewatchability after Season 7.

Watched seasons 1-5 three times love this show. I learn something new every time I watch it. Love the characters, can't wait for the season

Before watching the 100 you have to accept the obvious: it is a drama put on by the CW (the same folks that brought you 90210) about a group of 100 teens left stranded on earth by a society that has been living in space for a century. It is needless to say that the show is going to ask viewers to suspend their disbelief for the 40 minutes it takes to watch an episode.

A lot of people tend to criticize the show for being unrealistic scientifically. The problem with this being that of course the show is going to be unrealistic. You have to accept that the premise of the show is that 100 teens get stranded on earth by their race of space people 100 years after a nuclear disaster.

Sometimes television programs don't abide by standard rules of physics, or any kind of science for that matter. Sometimes that's what television is there for - to give you a break from the believable.

If you are a stickler for scientific accuracy or a big fan of classic sci-fi the reality is that this might not be the show for you. If, however, you are someone looking for something exciting and (honestly) addicting to watch you might be in luck.

In regards to the script I can honestly say that I suffered through 90210 cringing all the way and while some of The 100's script might be a little cringe-worthy to start, it is certainly much better than most (if not all) of the teen dramas on television.

This is a good show! You just have to accept what you're getting yourself into.

Perfect example of a show with amazing concept but very pathetic screenwriting. The story is so so so good. I mean it is outstanding. But screenwriting meh... Were the writers drunk during writing tue script. The characters written are so shallow. And Clarke.. She is the most irritating person in the group. She just degraded the show. Who the hell she thinks she is. From season 1, she acted like she is the boss of the 100. She is taking decisions. Only character worth applause is Raven. In every season it is only her who saved people in the end. And people are killing each other for no reason. The decisions taken by the leaders are so pointless. Seriously, this show would have done wonders if the character writing and the scripts were better. The story is so so so so good. Such a fresh and different concept. But writing. Oh my god. Save us. If you have already started watching the show, then you cant resist yourselves from watching because of the story. But the writing is very very very very bad.. Yuck. I mean there is no such thing as sepsis. People are pumping the pateints heart that too without any aseptic precautions. That was the funniest part of the show. No blood group matching before giving the blood. Wow. Hahahaha..

I started watching this because had nothing to do. First impression, low budget acting and mediocre scripters. But surprisingly, I got hooked. This show is actually good!

Now we do need to warn the nerdy, let's hang bugs Bunny for being historically inaccurate type of listener. A TV show is supposed to give you a break from reality so everything in it doesn't have to be perfect. This is a show, a make believe world made to entertain people. It does not have to be scientifically accurate to be good! Television shows are stories, not the real world, get over it for Pete's sake!

First couple of episodes will leave you with a weird feeling of watching a teen drama poorly written. But trust me, it gets better and becomes quickly interesting. Gives me the impression that the whole getting to earth episodes were not written by the same person. As soon as that passage is behind you, the show gets really interesting. Got me hooked! 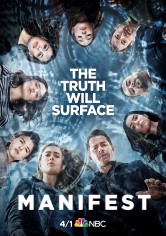 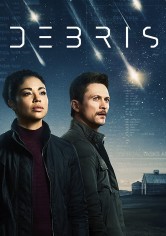 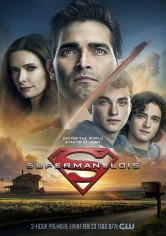