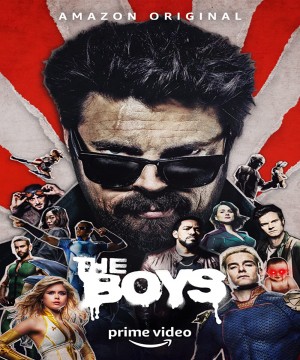 A group of vigilantes set out to take down corrupt superheroes who abuse their superpowers.

When I first heard of 'The Boys', I thought it would be your standard superhero series, but when I actually watched it, I discovered I was dead wrong. After 15 minutes of the first episode, it was impossible to stop watching. It was a more believable take on what the world would look like if superheroes were flying around today, with characters that were unforgettably unique. There were times when I thought that the 'good guys' were the 'bad guys', and times when I thought the 'bad guys' were the 'good guys'. But in the end, I found that there weren't any 'all-good' or 'all-bad' characters, but 'all-human' characters, sometimes with more-than-human abilities. It's a super series, definitely worth your time.

Great twist on the superhero genre. The story is well written. The acting is good. Definitely an entertaining series.

With all these awful shows like supergirl and legends of tomorrow etc..The Boys is the perfect antidote to that insipid moralistic tripe that's spewed our TVs so thank you Amazon Prime for treating us like adults and I can't wait for the second season

Want to see what it would really be like with super heroes around? Check this out! No kids play here folks....not for kids. Best damn series on right now....about time!