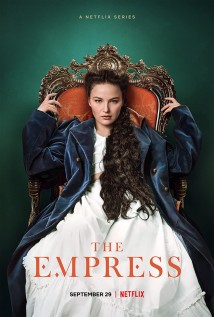 Two young people meet. A fateful encounter the proverbial love at first sight. He is Emperor Franz Joseph of Austria Hungary, she is Elisabeth von Wittelsbach, Princess of Bavaria and the sister of the woman Franz is to marry.

jojobet. Love love love this one. Get ready to binge. I don't usually watch foreign flics but I'm so glad I did.

Also, who cares if its not exactly what "actually" happened and strays off historical events? Take it for what it is. A great Netflix series. Its not a documentary.

Very disappointing that only 6 episodes were released and it is one of the reasons I'm giving it an 8. Netflix, please don't dilly dally with S2. I really don't want to wait an entire year. Wouldn't it be great to release 6 more episodes now? Trust me when I say that you would win people over. We lose interest when to much time passes. We move on.

Love love love this one. Get ready to binge. I don't usually watch foreign flics but I'm so glad I did.

Also, who cares if its not exactly what "actually" happened and strays off historical events? Take it for what it is. A great Netflix series. Its not a documentary.

Very disappointing that only 6 episodes were released and it is one of the reasons I'm giving it an 8. Netflix, please don't dilly dally with S2. I really don't want to wait an entire year. Wouldn't it be great to release 6 more episodes now? Trust me when I say that you would win people over. We lose interest when to much time passes. We move on.

The Empress watchseries. Amazing sets, costumes and details! Good acting and casting. Sisi has the looks and sas of Jennifer Lawrence's Katniss. Loosely based on the history of Austria and Europe in ancient times.

I was blown away by the sets, they are breathtaking. The dresses are amazing matching with beautyfull Jewelry. I thought that no one could top the previous Sisi played by the legendary Romy Schneider but Devrim nailed it. With a mix between vulnerability and strength she plays the part perfectly! The entire cast is excellent, they match amazing with their roles.

Must see show and looking forward to see more seasons!

The female lead nailed it as Elisabeth! In the series, Elisabeth is independent, nonconforming--a breath of fresh air! She reminds me of Elizabeth Bennett of Pride and PREJUDICE with actress, Jennifer Ehle. Actress Devrim Lingnau captivates and lights up the screen whenever she appears. The script, the acting, the music, the cinematography, everything is a 10! I want season 2 right now! What a GEM!

I didn't think I would enjoy this series as much as I did. I received the notification from Netflix way earlier in the day, but I delayed.

At first I wanted to hear the actors in their native tongue, so I began watching with subtitles. The fabulous acting of Ms. Lingnau caught me off guard, so I switched to the English dub. I'm so glad I did because I would have missed the nuances and the class A acting by her and even from the minor characters. Netflix, please renew this delightful series.

To everyone who's reading this, I highly recommend you watch "The Empress". It is truly tastefully filmed.

The story of Empress Sisi has been told in various productions from the whimsical Romy Schneider's version of 1955 to a darker version also played by her in Ludvig in 1972. The current version seems to bring us a more rounded, more human Sisi. The storyline provides a balanced view of courtly and private life. The production crew is a most pleasant surprise. It must be congratulated all around, especially for the scene following Sisi's wedding, where she faces her adoring crowd. It is worthy of Visconti evoking a combination of surreal beauty and emerging awareness of her coming role. The soundtrack perfectly represents the mood of the characters and their situation. It summons a sense of foreboding; not is all well in the beautiful palace. The characters wonder how things are outside the palace walls. If only they could speak.

History cannot and should not be changed, even if Netflix thinks it's a good idea to completely warp it for ratings. The Austro Hungarian empire is so grossly misrepresented in this lavish but completely fictionalized account of the love between Franz-Josef and Elisabeth that it drfies any semblance of credibility whatsoever.

Maximilian, the younger brother of Franz-Josef was indeed popular, and there was a rift between the two, but the fictional romance between him and Elisabeth is absurd, as is his olotting to overthrow Franz-Josef who ruled from 1848 until 1916 and was a very strong monatch.

In reality, Maximilian was happily married to Charlotte of Belgium. He served as commander-in-chief of the Imperial Austrian Navy (1854-1861), thereafter as viceroy of the Kingdom of Lombardy-Venetia until 1859, when Franz-Josef, angered by his brother's liberal policies, dismissed him. After a few years of comfortable early retirement in Trieste (now Italy), he accepted the crown of Mecico and ruled there as Emperor Maximilian I. Until his overthrow by Republican forces and subsequent court martial in 1867, after which he was summarily executed by firing squad Elisabeth, who was indeed a love match with Franz-Josef, did indeed suffer under the oppressive rules at the Hapsburg court and was very much at loggerheads with her mother-in-law, Archduchess Sophie, but did produce several offspring, most notably Crown Prince Rudolf (who died at his own hand with his mistress Mary Vetsera in a murder-suicide at his hunting lodge at Mayerling in 1889).

Elisabeth was not the utter failure depicted in this production, but rather was instrumental in bringing about the dual monarchy of Austria-Hungary in 1867.

Elisabeth was was mortally wounded by an Italian anarchist named Luigi Lucheni while travelling in Geneva in 1898.

With a storyline as provided by history, why was it necessary for the writers and producers of The Empress to come up with this absolute codswallop?

I've given the rating of 3 stars mainly because of the superb acting and lavish production, but don't think rewriting history for whatever reason Netflix did is acceptable or necessary.

The story of Empress Elizabeth of Austria and husband Emperor Franz Joseph, and their families, told in German.

If you don't mind subtitles then it's much better in its original German with English subtitles.. but dubbed in English is available and also good.

While seemingly true to historical timelines and events for these characters from history books, the series obviously takes liberties with the details and is a work of fiction, and definitely feels romanticized.. yet intensity between certain characters well known in history come through, it does at times fanciful considering it's depicting 19th century royal characters and surrounding families, court and villages.

It is quite lavishly presented in costume and production, with great acting. It's a good series. Romantic. I liked it. 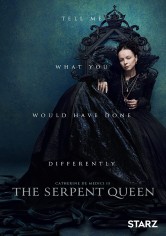 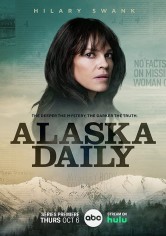 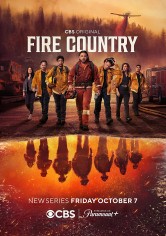