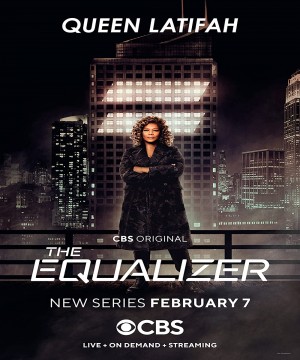 An enigmatic figure who uses her extensive skills to help those with nowhere else to turn.

Loved the original series and the 2 films that followed were also acceptable and i enjoyed them both , but what this is isn't the Equalisers story or character. i feel they would have done better giving it a title of its own rather than one that has a following and a fan base, its not even close to what i expected , its by far the worse adaptation of anything i have seen for the last couple of years.

Itunes had a "free episode" gimmick going with several new CBS shows. I guess CBS is trying to find a way to enhance their ratings. Perhaps they should focus on their racist decisions instead, such as giving Grace Park and Daniel Dae Kim inferior pay compared to the rest of the cast of Hawaii Five-O.

Now, I've always liked Queen Latifah, but for this series, she's badly miscast. Even after watching the pilot episode, I just couldn't buy the fact that she's a former operative with "a special set of skills," which would almost certainly mean that she would have had to have been a member of special forces. Much of her dialogue exchange with Chris Noth is about "old times" on various missions. In short, we aren't given a plausible explanation that explains her skill set, especially given her age. By the way, only as of February 2020 has a woman been set to pass the Special Forces Qualification Course.

The writing isn't very good, which is evident in the overused number of times that cliched lines are given. Also, what is the point of blasting girlie hip-hop music everytime Latifah mixes it up?

However, Latifah's performance is good, as is much of the rest of the cast. I also found her style of parenting refreshing as well.

The Equalizer would have been much more enjoyable had they focused on her intelligence of being able to out-think her opponents (which she does do a few times) and less on her--unbelievably--mixing it up like some Denzel Washington/Jason Bourne wannabe. In other words, make the show unique and give it its own identity instead of trying to imitate and copy everything that has already been done.

I had a feeling this was going be terrible but not this bad!