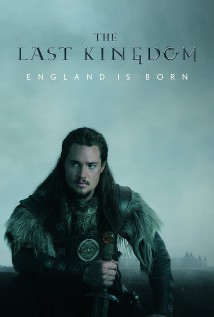 As Alfred the Great defends his kingdom from Norse invaders, Uhtred born a Saxon but raised by Vikings seeks to claim his ancestral birthright.

jojobet giriş. Being a descendant of the real Uhtred The Bold, Earl of Northumbria, I'm really enjoying this show, but not just for that. I came upon it last spring and have watched all 4 seasons 3 times, each time I enjoy it just as much and pick up on details I missed. Of course it's not totally historically accurate. It's based on a series of historical novels and is a drama series. It has prompted me to google what is known about that time and and some of the real characters and the information is spotty at best. I think the show does fine with that. As a drama this show rises above because it has more complex characters with an emotional life. It's this that draws me in and connects with me. Kudos to all the actors, crew, writers and Bernard Cornwell for their brilliant work.

Being a descendant of the real Uhtred The Bold, Earl of Northumbria, I'm really enjoying this show, but not just for that. I came upon it last spring and have watched all 4 seasons 3 times, each time I enjoy it just as much and pick up on details I missed. Of course it's not totally historically accurate. It's based on a series of historical novels and is a drama series. It has prompted me to google what is known about that time and and some of the real characters and the information is spotty at best. I think the show does fine with that. As a drama this show rises above because it has more complex characters with an emotional life. It's this that draws me in and connects with me. Kudos to all the actors, crew, writers and Bernard Cornwell for their brilliant work.

The Last Kingdom watchseries. In a way, BBC's The Last Kingdom is a first ever experience for me. It's certainly not the first series I watch, nor it's the first series based on books, not even historical fiction books. But it's the first series which I'd read the books it is based on way before it was even announced. So seeing it rumored, then officially announced and finally premiered was very interesting and exciting. I had a lot of hopes and fears for this. And I'm so gladly to say that based on the first two episodes of the series, my hopes were made into reality and my fears into joy. And so, inspired me to write my first review here.

I'll try to keep this as spoiler free as possible, but some are impossible to avoid.

The Last Kingdom tells the history of Uhtred of Bebbanburg, a Saxon noble who is captured and raised by the Danes, first as a slave and then as a son. His future will be one of battle within and without, fighting against powerful warlords and struggling between his love for the Danes and their culture and his duty for the Saxons.

In many ways, talking about how this series make this simple enough premise into a engrossing story full of nuance is talking about how the books do it. Here there is a commitment to reality that goes beyond most historical shows, and I'm not talking only about the clothes, weapons or history itself, but characters, their motives and relationships. At the center of The Last Kingdom is its characters and the show presents and develops then masterfully.

Take Ã†lfric (Joseph Millson) for example, Uhtred's uncle. When the young Uhtred (Tom Taylor) wakes up and realize his father went to war without him, he promptly go and ask him why he was left behind. His uncle barely talks to him and say he has to go and clear the stables. But the directing and acting in the scene makes it clear Ã†lfric has something sinister in mind. Uhtred get his pony and goes to join his father, and then you realize that that was Ã†lfric's plan all along. It's subtle and skillfully done, and with something that feel effortless you have a lot shown to you what Ã†lfric is all about.

When it comes to characters there is no compromise, they feel like real people that are just living their lives. Doing what they think is right and/or what is best for them and their loved ones. You won't find good or bad here, nor one dimensional characters. By the end of the first episode, you will find you will have feeling for these people, both positive and negative. And in the end, that is what keeps you interesting in a series. And you will care for the fate of Uhtred (Alexander Dreymon), Brida (Emily Cox), Alfred (David Dawson) and the many other great characters that are present in the first two episodes.

And from them stem all the other conflicts in the series. The political plotting and machinations are ever present in the fractured world that these people inhabit, and the leaders of both the Saxons and Danes are constantly trying to get things working in their favor. Together with political issues, there is religion. Christianity is a defining characteristic of the English, and because of the Norse paganism, they view the Danes not only as enemy of the Saxons, by enemies of God. The Danes of the other hand, view Christianity with a disinterested curiosity. In one opportunity Uhtred explain Heaven as Valhalla without all the drinking, fighting and humping. This passage helps to illustrate a kind of 'lightness' that the series, just as the books, have.

I stumbled across this hidden gem and binged-watched it in just a few days. I cannot express how much I enjoy the story, the actors - the sense of realism. There's nothing like it on television! Wished that Netflix would promote it more. Some compare it to Vikings, Game of Thrones, and Witcher, but once I got a taste of The Last Kingdom, I couldn't even watch those others because TLK makes them look comically over-produced. So if you're looking for a realistic historic drama with great acting, this one's for you!

This is legit my favorite series available right now, and one of the best I think has been made in a very long time. It's a fascinating historical period, and the show developers, writers, actors, costumers, set designers, etc have all brought their A game for sure. The story lines are captivating and the pacing is just right. The acting is top notchðŸ‘Œ. It's just all around awesome! I hope they will continue the show for many more seasons! Long live UHTRED!!!

This is the best series I have ever watched! It has an an amazing cast. All the characters bring their own A+ skills to this series! I am obsessed with this show! I love love the character "Uhtred"! Not to mention the actor who plays him- Alexander Dreymon! HE is sexy/gorgeous! I have rewatched this series about 6 times now! I just cannot get over how good it is! I dont want it to end!

I reviewed this after the first season in 2015. I'm doing it again after season 4 in 2020. I said this show had the potential to be better than GoT and Vikings. In my opinion it has done that. You think GoT had unpredictable deaths? Well buckle up for this show. It happens a lot and at times it's completely out of nowhere and not a spectacle at all. You're like you know I like that character. Boom. Well sh&t they're dead! The story is absolutely fantastic. The characters are likeable and some are downright unforgettable. How this show doesn't even get any buzz around award time boggles my mind. The performance of Alfred in season 3 should have been Emmy and Golden Globe nominated. The show in general should be. This show has turned me into a fanboy and not many shows or movies have ever done that to me. Breaking Bad, The Witcher books and now this. So take this review as the words of someone who loves this show. If you watch all four seasons I think you will feel that this is one of the best shows currently running. I've been wrong before, but if you like swords, shields, battles, violence, betrayal, revenge, moments that make you want to jump off your couch run through a wall and high five the first person you see then WATCH THIS SHOW!