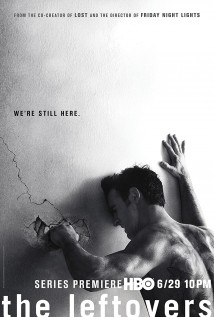 Three years after the disappearance of two percent of the global population, a group of people in a small New York community try to continue their lives while coping with the tragedy of the unexplained nature of the event.

Watchseries; It's just sad that more people haven't watched a show like this and this show isn't talked about enough but people only watch what's popular on Netflix these days. This is ART. I've watched some 70 shows so far and this is definitely in my top 5 all time favorite, along with Breaking Bad and GOT and all that. THIS IS THE SHOW. IT'S A PERFECTLY well made show, people watch it! Please. Good things need to get the appreciation they deserve. It's sad it's just sad that it's an 8.3 on imdb it clearly deserves a 9, to say the least. A good, profound story, with well written characters and smart writing, perfect soundtrack, cinematography and what not. It went way way way under the radar. It deserves more.

It's just sad that more people haven't watched a show like this and this show isn't talked about enough but people only watch what's popular on Netflix these days. This is ART. I've watched some 70 shows so far and this is definitely in my top 5 all time favorite, along with Breaking Bad and GOT and all that. THIS IS THE SHOW. IT'S A PERFECTLY well made show, people watch it! Please. Good things need to get the appreciation they deserve. It's sad it's just sad that it's an 8.3 on imdb it clearly deserves a 9, to say the least. A good, profound story, with well written characters and smart writing, perfect soundtrack, cinematography and what not. It went way way way under the radar. It deserves more.

The Leftovers watchseries. People just want straight answers. They want everything to be explained to them. They want the mystery to have some sense of purpose and meaning.

I am - conveniently - talking about both the protagonists of the story AND the viewers of the Leftovers.

This is by far THE most profound, perplexed, underrated drama I have seen in the last decade.

It was ignored by the average audience and many people hated it because it didn't abide by the rules of the mainstream storytelling.

But for me, I was drawn into that world because it was the first show to reflect with so surgically the human need for answers.

I am so disappointed to see the negative reviews on here. Damn it! I hope HBO isn't reading them, because I'm already hoping for season 2.

I have watched 5 episodes so far, and I am captivated by it all. The writing, the acting, the lack of easy answers.

The writers are screwing with our heads, making us squirm at every turn. Pushing us way past our comfort level. We have two choices when that happens, we can turn away or look. It is horribly confronting and painful to watch at times.

It is the saddest town in The world. No one catches a break in Mapleton. Nothing is working right. The question most of them do not want to ask is "Why". There are no heroes here. Or rather , there are no heroes that aren't complete villains as well. There is no black and white. Endless shades of grey and no easy answers. it's messy and complex and just like real life.

And just when I think I can't watch another second, it is so sad and painful, the writers give us a moment so beautiful and loving, so full of grace, I think I will cry.

The show isn't about where they went. The show is about our breaking point. We all have one, and this show makes us squirm and takes our breath away and confronts us with magic and nihilism and ask ourselves "what is MY breaking point"?

I am from England and I just so happen to be visiting some friends in the USA where this show has just come out and is presently on episode 4.

I have just watched all four episodes and came to IMDb to see what people have to say about it. I am really surprised that the reviews are so negative by so many people!

This show will do really well in Britain (that's England, Scotland and Wales - the UK includes Northern Ireland too) because British drama is often gritty, solemn, and very very dark. And so is this show.

No one in 'The Leftovers' is happy. Everyone is mourning the loss of their loved ones in the aftermath of a a global event in which 2% of the world's population inexplicably disappeared. They are also dealing with the pain caused by the subsequent suffering of people around them, and its consequences.

This show has top notch acting by all concerned and is driven by the development of the characters, and the unfolding of events that now follow the rapture.

Nothing is explained in the beginning and the viewer is supposed to attempt to piece together what is going to unfold as the season goes on and the events slowly start to make sense to us.

It seems to me that here in the US, many people do not like thinking when watching the television. That might sound harsh, but it is truly beyond me how a show like this can get so many poor reviews when a show like 'Teen Wolf' (which I also saw for the first time a few days ago) is praised to the hilt.

The episode of 'Teen Wolf' I watched cut between 4 separate scenes like a Latin American soap opera that consisted of a guy pointing a gun at two Mexicans who were trying to get him to say some words out loud, and a lacrosse game with an angry werewolf and some very shocking acting.

'The Leftovers', on the other hand, is fantastic captivating storytelling; rather than a show whose purpose is to dumb down a nation, it requires people to use their brains and think about the darker side of the reality we actually live in today.

As a side note, the British actor Christopher Eccleston loves this kind of material. Check out the original British version of 'Cracker' or 'The Second Coming' (in which he plays the return of the son of God) to see what I mean. British cinema is no different. Christopher Eccleston stars in both 'Shallow Grave' and 'Jude' - two excellent dark and depressing films that show the depths of human suffering that the values of society perpetuate.

In episode 3 of 'The Leftovers', his character the priest attempts to save his church with an idea that seems to come from supernatural inspiration. The underlying question in the episode is whether or not he is on a path of good or evil in the way he chooses to do so.

'The Leftovers' is intelligent and it is thought-provoking. The writing is excellent, and the quality of this show, to my mind, is indisputable.

Nevertheless, I don't think that the content of this show is for everyone. Episode 3 in particular was so sinister that it was tough viewing. And not everyone wants to deliberately delve into a world of misery once a week. Just don't watch something like 'Teen Wolf' instead!

I watched this series week-by-week as it was released from '14-'17 and found it to be a great show. But then I took the time to binge watch the show again after it had concluded in '18. I was absolutely blown away by the rich character development and exquisite storytelling, as well as the phenomenal acting by every character in the series. The way in which this series evokes emotion and empathy out of the viewer is simply astounding. It's almost difficult to explain this show to someone who hasn't seen it before due to the ambiguities and nuance that make it such a great show. This show has single-handedly made me a massive fan of both Justin Theroux and Carrie Coon, and that isn't to minimize the roles and performances of the rest of the cast, but those two were clear standouts. This series will go down as one of the greatest, and one of the most underrated (at least viewership wise) of the 2010's. I highly recommend giving this show a viewing and sticking with it because it only gets better and better as the series progresses.

When Lost was on, I wanted to like it, but the contrivances used to extend the mystery and conflict well past the point of tolerance were a turn off. In The Leftovers the aspects of Lost I didn't like are put to much better use because there's never any resolution promised for the events that transpire and it's more a character study of how broken people deal with extraordinary circumstances which they have no control over. Each season feels unique in how it gives us a view into a world that is shaken to its foundation. Not every aspect of the show works for me as I was never fond of the Guilty Remnant cult or Liv Tyler's character in relation to it, but given how they're a cult and they're not the focal point I was more forgiving of this plot point than The Others in Lost. At its core The Leftovers is a show about broken people trying to fix themselves in a world that is almost as broken as they are and it exceeds what it sets out to do. 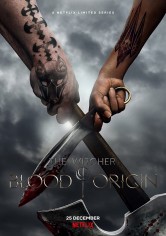 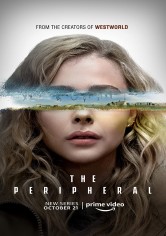 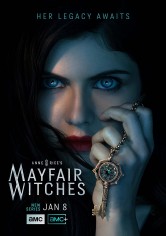 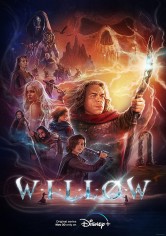