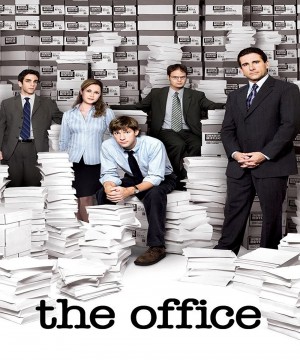 A mockumentary on a group of typical office workers, where the workday consists of ego clashes, inappropriate behavior, and tedium.

The Office is absolutely, without a doubt, one of the funniest tv shows ever created and easily one of the best I've seen in my lifetime! It's at the top of just about every "best sitcom ever" list for a reason...because it's incredible! Just about every episode is hilarious, which is nearly impossible for any tv show but "The Office" comes pretty darn close. All you have to do is read through some of these reviews to see how loved this show really is. I'll always miss it but at least we'll always have the reruns to watch!

I only started seeing this series on this year and i'm on the 6th season already. on the first season i couldn't understand how this could be a good series, the actors were charismatic and the acting were very good but there was almost no story that i could follow and Michael seemed like a very hateable person. on the second season things started to pick up a bit but nothing so special. from the third season to the sixth i got completely hooked because after all there is a story to follow, a very interesting one, and Michael is in fact a genius and that is more evident on the fifth and sixth seasons. if someone believes that Michael does something that goes against the objectives that he has inside the company (even if a lot of times it seems that he does), i'm sure that that person isn't really understanding what's the main philosophy behind Michael's character. it took me 3 seasons to understand Michael Scott and it was because of that, that i didn't liked the series very much, after that, i loved it, and it's my favorite series now. When you do understand all the characters, besides being very entertaining and delightful to watch, it is going to blow your mind sometimes.

I watched the British version of The Office and became a fan - as almost everyone. So I decided to see if the American version was as good as the original. A doubt feeling emerged at the first episode, since I still was with the original - and awesome - characters in mind. They were not just funny, but peculiar, inimitable. I didn't let this impression ruin my experience, though. Gladly. The American version is obviously inspired in the British version, but they are not the same. Simple like this. The American characters are not mere counterparts of David, Tim, Gareth, Dawn... They are hole new versions of the kind of people we can easily find in any office. And equally inspired versions of these workers. Since I've lost several episodes when they aired for the first time, I'm now at the third season, and I will surely see all the episodes through the end. More than one time...

It's not common for an English persons to admit this but .......... Yes, this version is the absolute best. It is in another league to the original British program By miles!

Don't get me wrong I do like the uk office allot, but the US version just trumps it at every opportunity.

I'm not going to spoil anything for people who haven't seen it and if you're just looking for something light hearted and easy viewing this is definitely for you. Obviously you should watch it in order as intended but I always think that if you can just put a "random" episode of a program on and enjoy it then it passes the test.

There is something for everyone in this series. Plenty of different characters, multiple storylines, jokes you'll miss on first viewing and memorable quotes you'll no doubt be repeating like I do to my wife who has no idea what I'm babbling on about.

Let's be honest, the worlds horrible and everything is getting beyond a joke with the PC brigade, so for just 20 or so minutes, pop on an episode and crack a smile and remember that we used to find things funny