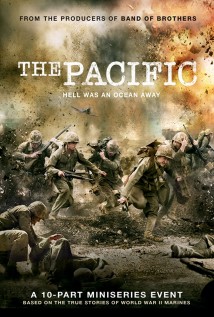 The Pacific Theatre of World War II, as seen through the eyes of several young Marines.

piabet giriş. It's taken me some time to write this. I really don't understand how people want to compare this to Band of Brothers.

For me it was one of the most visceral depictions of war in the Pacific. Beautifully shot, incredibly well acted, and painful at times. There are times when I thought I was I was there amongst all the mud, rain and blood. The battle at Peleliu was something i'll never forget.

This series is unforgettable.

It's taken me some time to write this. I really don't understand how people want to compare this to Band of Brothers.

For me it was one of the most visceral depictions of war in the Pacific. Beautifully shot, incredibly well acted, and painful at times. There are times when I thought I was I was there amongst all the mud, rain and blood. The battle at Peleliu was something i'll never forget.

This series is unforgettable.

The Pacific watchseries. The Pacific... every time I come across this series I always want to watch it again. The show really shows you what the soldiers that fought in WW2 felt and went through. It's series like this that keep the memory of those brave soldiers who fought for their country alive. And also, the opening theme is... Just hear it for yourself.

I couldn't tell you how many times I have watched Band of Brothers. I think it is the best production ever made. However, I resisted watching The Pacific. My father had five years active duty in the Marine Corps when I was born, and remained on active duty until I was 30 years old. I was ten when he left for Viet Nam, the first time, and in high school the next. I had friends whose fathers were seriously wounded, or killed, there. I have always felt like Marines are family, and any depiction of them being killed has always been hard to see. However, I finally decided to "man-up" and watch it, on Veteran's Day this year.

I think BoB was a dream come true for the producers. They had ironclad characters to follow all the way through, and many of the men were still alive and took part in it. The story of Easy company had been put into book form, brilliantly. They didn't have that with The Pacific. The closest they could come was to base it all around three separate men; Robert Leckie,Eugene Sledge and John Basilone. The three men's paths crossed, some,but they did not belong to the same units or know each other, although Leckie and Sledge both knew Basilone's reputation.

As brutal and difficult as the war in Europe was, the Pacific war against the Japanese was almost incomprehensible. Except for their time in Australia, following Guadalcanal, they were fighting the most brutal fights in history, while in the most punishing places on earth.It is a wonder that any of them were ever able to return to civilization and dull the memories of those horrors enough to lead a more or less normal life.

Because of the brutality of both the enemy and the conditions they had to live and fight under, there isn't much in the way of light-heartedness. The Pacific is not as enjoyable as BoB. Anyone seeing it for the first time should not expect to be entertained. It is a bit more difficult to get into. I found it helpful to watch the first episode twice before going on. A little patience in getting to know the primary characters payed off. I also think being able to watch it all over the course of a few days, like I did, was much better than watching it as it was first presented, one episode each week for ten weeks.

There were some excellent performances in The Pacific. Someone else singled out Ravi Malek's portrayal of Merriel "Snafu" Sheldon as award worthy and I agree 100%! I loved William Sadler as LtCol. Lewis "Chesty" Puller, and I was also very impressed with Tom Budge as PFC Ronnie Gibson.

The three primary characters are portrayed worthily. I didn't think Joe Mazzello as Sledge developed his character as well as the other two. However, I ended up with only nine episodes on my DVR. The one I am missing is episode five, which I suspect is centered on Sledge, so perhaps the character will seem better developed to me after I see it. Jon Seda gave a fine performance as John Basilone, which was definitely the roll of a lifetime! I think my favorite of the three was James Badge Dale, as Bob Leckie.

I wasn't as depressed by seeing a portrayal of so many Marines being killed and wounded as I expected. That was partly because not many of them really looked like Marines to me. I have always said that you can put an actor in the Marine Corps uniform but you usually can't make him look like a Marine. There were a few, though, who were totally believable including Jon Seda. Others have commented on the length of the men's hair as bein

Those who criticize it as being unrealistic (the Japs die to easily) obviously didn't get past the first episode. This series gets in your guts as much or more than any war movie ever will.

Those who say the characters are not real? Check out Ken Burns "The War" and learn something. I can assure you that Sidney Phillips and Eugene Sledge were very real, both went on to become Doctors and Sledge wrote a classic book about their experience, which was the inspiration for a lot of this work. Bob Leckie went on to become a great journalist and author. John Basilone was a CGMOH recipient, look it up.

I am a great fan of the original Band of Brothers and do realize that some of us do not get the feeling of getting close to the individuals as we did with BoB. The Pacific theater was different. The Japanese warfare was, and I suppose still is, different. I do not believe that it is fair to compare Pacific to BoB. We are trying to compare Apples and Oranges. I think that this miniseries is a great piece of historical story telling. Having read some complaints about the historical accuracy of the statement made in episode 3. What a wonderful thing that there are people out there that know the real history. Is it not a good thing that this miniseries actually gets us involved? That some, if not most of us, actually go and try to learn more about what had happened? Is it not a good thing that we hear names like Basilone ( a real hero), E.B.Sledge, and Robert Leckie? Normal people that have performed and endured in an utmost,and admirable way. If this miniseries has the power in getting our younger generation interested in this part of our history, it has done a wonderful thing. I would recommend for anybody watching this series to go and investigate the facts, read and educate oneself about the soldiers that fought for our freedom and for democracy. The only negative thing about this series is that the episodes are to short and the 7 days between episodes is to long. To all the Veterans past and present, thank you.

I enjoyed this series very much and can see why there has been so many comparisons with Band Of Brothers. My observation is that in The Pacific many of the characters lack depth and development. The result was that I cared less when ill befell them than I did in Band of Brothers. I think that the first episode could have contained a lot more time letting us get to know the characters better before throwing them into battle.

The battle scenes were done very well and played very realistically. All in all HBO has done it again. Without the HBO and Showtime I think that US grown TV drama would be pretty thin on the ground. The Pacific is well worth the time.