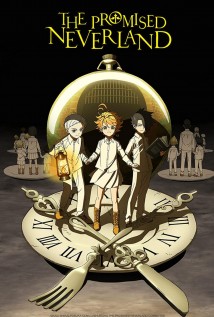 When three gifted kids at an isolated idyllic orphanage discover the secret and sinister purpose they were raised for, they look for a way to escape from their evil caretaker and lead the other children in a risky escape plan.

This show is already one of my favorites. The first season is more of a psychological thriller and the writers are patient in letting the plot develop. The main characters are very smart and cautious, and their opponents are equally as cunning, giving the first season of the show a similar "battle of the minds" vibe as Death Note. I am looking forward to future seasons, especially given how good the manga is.

For me, it kept me on the edge right from episode 1! I love the animation and how they're able to work around such a thrilling plot that will have you guessing what will happen next episode. This series is just awesome!

The first season was a horror slow based thriller, the second ended up being something of an extremely fast paced action that didn't even go off the manga. The only reason I'm rating this a five is because the first season was so good. The second season was a huge letdown that time skipped important scenes that would've shown character development and a more clear understanding of how the children where able to get to their final destination. Not worth the watch.

The story, the backgrounds, the characters, that plot twist at the start... The deepness of this story is touching. And the adaptation and animation are excellent. Congratulations, CloverWorks.

I realize I might be jumping the gun a bit, calling it "brilliant" when only two episodes have been released so far, but so far its pretty great. I don't want to spoil anything, seeing as how this is a show where you definitely don't want to know what is going on beforehand, but I will say that it is pretty intense.

The animation is pretty amazing. I have seen very few other anime where the camera regularly moves around 2D environments like this. Its very impressively drawn.

Ok, season one is over now. This show is awesome and I look forward to season two coming out.

This anime packs a punch...just watched it by chance...characters are witty and story keeps u interested till the last episode.. waiting for the next season <3

This serie started amazing the first season is definitely one of the best seasons in anime. But, damn did it drop the ball in the second season. It was as if the studio did not want to continue doing this season anymore after the manga had ended. The manga although not perfect is by far the best version of this serie just read that. The last episode of season 2 had literally no animation it was just a slide show. It clean as day that the studio did not want to put effort in it. Also there is no writer credit in the last two episodes because they knew they did a horrible job.

Great! Adventure and suspense in the right measure. Charismatic characters. A breath in the midst of so many low quality animes.

I don't ever write reviews for anything on here but I just finished the finale of S1 and I am blown away.

I cannot recommend this show enough, death note was the first anime I ever watched many years ago and since then I have been looking for a show that was just as smart as it. This is the show.

The plots are not similar in any means but the thought process, battle of the minds, and the way information and twists are revealed heavily reminded me of death note.

The Japanese voice acting is superb, any fans of Hunter x Hunter will instantly recognize the voice of Killua who voices Ray in this show.

If you need a new anime to watch, this is the one.

It was everything was amazing the story, the soundtrack, the characters.

I recommend such a beautiful animation for whom love these types of mystery. 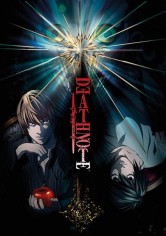 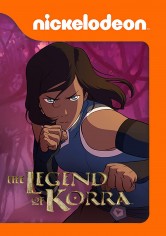 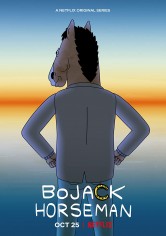