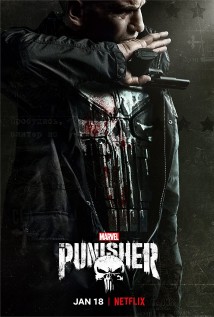 After the murder of his family, Marine veteran Frank Castle becomes the vigilante known as "The Punisher," with only one goal in mind: to avenge them.

After the first season, with the release of the second season, I finished the series in a breath. I think this is the best project of the Marvel-Netflix partnership. It is a solid series that has been achieved after the cancellation of many Marvel-Netflix joint projects.

Action and blood enthusiasts will love this series. There's a lot more blood, death and action than the first season. In the second season has as much violence, blood, action and cruelty as you don't want. At this point, one of the other thanks must go to the kerography team. As you will certainly notice, we are watching episodes filled with fight and conflict scenes. The tempo is not interrupted for a moment, and each episode tries to place at least one action sequence. The Punisher's 2nd season just put Frank Castle in the chaos he deserves, and he succeeded in bringing all the minuses into a negligible situation.

The season has two main villains and both are as wild as the Punisher. The fiction is also established accordingly, and our two main villains are advancing in parallel. Curtis is one of the good characters of the season. He represented the conscience side of the series very firmly. Amy is another prominent character of the season. She's under Frank's protection because she's close age to Frank's dead daughter. It's fun to see Amy with Frank. Amy is a well-designed character. Her adolescent behavior, her indiscretion, and Frank's reaction to all these things are very natural. With Jon Bernthal's great acting, we have access to the emotions of a father hidden behind a bloody face.

The music uses were probably the best among the Marvel-Netflix co-productions. Too much music has been used and each one is very successful in passing the emotions of the scenario. Like Daredevil's corridor scenes, it's like we're going to look again at the Punisher's list of songs. And of course it is necessary to mention the last episode. It was one of the finest series finals for me. After many striking and emotional moments, it is impossible not to experience emotional explosion with the last scene. The Punisher role is seated on Jon Bernthal like a shirt.

We have watched an immaculate season with strong scenes of conflict, good acting, immersive fiction and fluent scenario that never falls behind its first season and even better for some of us than the first season. I hope it will be a long-term series and we will continue to watch Frank Castle. 10/10

I really liked this show. I am not a comic book fan, but somehow found myself sucked in to Daredevil. It sux hard that Netflix cancelled all their Marvil shows.

Anyway, the Punisher was a great character on Daredevil, and despite some bad reviews, we gave the show a chance. We were really surprised how much we liked it. My husband likes it much more than Daredevil. It isn't as much of a comic book show as the other.

Despite lower reviews for season 2, I really liked both seasons. With so much crap on Netflix these days, it's hard for me to understand why they didn't fight harder to keep their Marvel Shows. I've heard Disney will reboot Daredevil for their streaming channel or for Hulu. But what's the point of remaking it with new actors when we love the show already? I doubt Punisher will have any chance for reboot or continuation. Very disappointing!

Honestly, this show is pretty much perfect to me. My favorite marvel character executed surprisingly well by Jon Bernthal. I can't think of anyone else that would be better. Josh Stewart was also incredible; such an underrated actor and wonderful to see him in this. Please give us season 3, Netflix!

This show was unjustly cancelled due to drama with Netflix and Disney+. You should watch Daredevil first because The Punisher TV series was a spin-off from Season 2 of Daredevil, Frank Castle stole the show. It's still worth watching.

If there's one word to describe The Punisher it would have to be...awesome! It's one of the most gritty, violent thrillers I've ever seen! There have been a bunch of different versions of The Punisher over the years but Jon Bernthal is absolutely, without a doubt, the best ever and it's not close! He's such an underrated actor who's great in just about everything he's done. Hopefully, they'll bring him back to reprise the role in the future because no one will be able to top what he did with the role! I really can not recommend this show enough, so just go watch it!

It was the berst audovisual work about The Punisher. I felt like I was reading the comics. Great history and direction.

It took me a while to watch the second season but I though this show was just insanely good. The violence was perfect and the fight scenes were just awesome. Netflix has a lot of trash shows but this show was just brilliant. It had the perfect authenticity to what the Punisher is and it was told really well. Hell, I think this show is way better than Umbrella Academy, but that's just me. Sadly, you could tell it was going to end at season 2 just by seeing how Jigsaw was handled at the end...what a waste. It had so much more potential and only 2 seasons...stupid Netflix.

The actors in this show are all incredible and you fall in love with all the characters. You really get to know their personas and how each character has an influence on each other. The writers, actors and everyone involved in its creation made a show that I will always remember. Jon brought the Punisher to life and I don't think there will ever be a better Punisher than him, he really owned that character. To me, he's what Ryan is to Deadpool. If there ever is a Movie, Jon just has to be the Punisher or it won't be the Punisher.

The Punisher is an outstanding action series that only gets better with every episode. Jon Bernthal truly gives in his best as The Punisher. Whether he's fighting, crying, smiling or simply grunting: I could feel all of that. They say its long and boring, but I wasn't bored for even a second, everything the show is, is exactly how it should be, I mean its an origin story, it should show how he turned up as this ruthless, brutal vigilante as we all knew. Overall, the TV show has so much potential, as we can see there is more to come, more ass-kicking to see.

Only thing that would of made this better would of been a Daredevil Cameo or some other crossover. Like season 2 of Daredevil having kingpin, punisher, Electra...etc. Still, punisher series was sweet! Blood and guts galore:)

If there's one word to describe The Punisher, it would be...awesome! It's one of the most gritty, violent thrillers I've ever seen! There have been a bunch of different versions of The Punisher over the years but Jon Bernthal is absolutely, without a doubt, the best ever and it's not close! He's such an underrated actor who's great in just about everything he does! Hopefully, they'll bring him back to reprise the role in the future because no one will be able to top what he did with the role. I really can not recommend this show enough so just go watch it!

Great action and strong acting. The stories between the 2 seasons were compelling and its a shame we wont get to see what the future would hold for it, but what was made was very enjoyable. 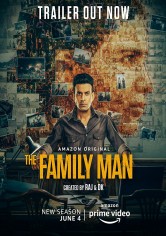 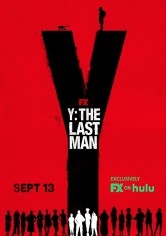 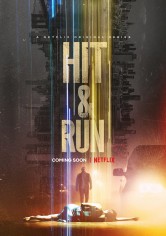 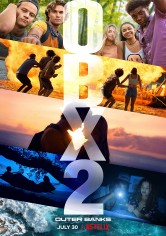