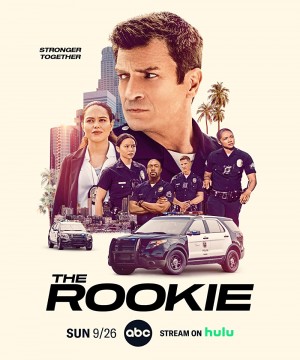 Starting over isn't easy, especially for John Nolan who, after a life altering incident, is pursuing his dream of joining the LAPD. As their oldest rookie, he's met with skepticism from those who see him as just a walking midlife crisis.

I heard this would focus on BLM but all the guy in the second episode did was piss me off. Blaming cops for trying to help his community and not getting his own community together to stop drug dealers and vandals from ruining it.

The guy used a bike lock to close a playground because used it for either dealing or doing drugs. That's like putting a bandaid on a bullet wound.

Seasons 1 and 2 are worth the watch, but season 3 has really dropped the ball here.

It's clear the show-runners have decided Season 3 will focus on educating viewers of political talking points, which would be fine if it was subtle about it and if it didn't detract from the show we know from seasons 1 and 2.

Unfortunately it fails both of those tests.

Episode 3 update: Same deal. It's like I'm watching clips from /r/AmIFreeToGo but it's a TV show.

I really liked the first two seasons but season three is only agenda tv. I'm a groven adult and i don't need, again and again political teachings in a tv show.

The show is no longer entertaining. Its become so focused on political agendas that its not the same show anymore. The first 2 seasons had some political story lines but it was subtle enough that it allowed the show to still be entertaining. The third season has now become almost entirely aimed at cliche police situations. I won't be watching it anymore after watching the first 3 episodes. Its a shame because I really enjoyed the first 2 seasons and was looking forward to this one. I would bet that this will be the last season of the show because they will cancel it after the terrible ratings this season is going to get.