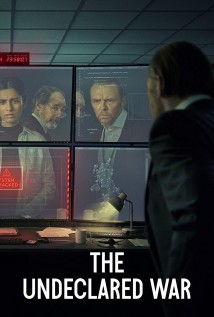 In 2024, a leading team of analysts buried in the heart of GCHQ secretly works to ward off a foreign cyber attack on the country's electoral system.

For me disappointing all round. It didn't quite know what genre it was, a political/spy thriller an action-adventure piece? It couldn't decide.

It took a long time to get going and then kept stepping off the gas to divert into a domestic drama. The UK was supposedly facing a critical attack on the nation's infrastructure but no-one seemed that bothered really, there was no real drama or jeopardy.

Production values were OK but nothing special, dialogue was corny in places and the score was odd. Protagonist Saara felt underdeveloped and couldn't carry the opening episode.

Not terrible TV, but to be honest pretty dull and needed to go up a few gears.

This kind of filled a hole left by the tv series 'Spooks' which I rather enjoyed.

A good, exciting and interesting show about the intelligence community would do so well, again.

But this isn't it.

Although I liked the plot and to see this side of the work being done, the show makes a few big mistakes.

There's too much attention for the private lives and relations of some of the agents, frankly I couldn't care less about that.

The country is under attack, people are dying, we must save the world... but first lets talk about our emotions for 20 minutes.

It's also not nice to see the main character turn out to be unfaithful, I know I'm old fashioned but it made me find it harder to be on her side.

But more importantly; it adds nothing.

The story has several plotholes and depicts the work at GCHQ wrongly but they can't be blamed for that.

A bigger mistake is the acting.

There are just a couple of actors in it that are not very good, I'm not going to name them because actors are humans too and they might be proud of their work and maybe their mums and dads read this, so I won't.

But most of the acting is pretty decent so when there are two or three who are really rather bad, it stands out, a lot.

I was hoping for a new Spooks, but in stead was given something barely average.

Still I hope we get our new TV series with Mr. Pegg (who is of course brilliant as always) running MI5 or 6.

Spooks was a hit.

Inaccurate boring piffle - made worse by intrusive droning music - presumably Simon Pegg needed to buy a new pool or no other work on the horizon! - can't think of any other reason for him doing this.

It's one of those series that's closer to the truth then any other spy series. It's not a action series and might be a bit slow sometimes. But this is very close to what is possible in the intelligence services. Now trying to make it to a action series isn't working because hacking isn't something that happens fast and every move takes time. So the series is made for dramatic purposes. But I really like it and it's just as good as Spooks series and definitely the best UK series in the last decade. So if you like spy series give this one a chance and don't believe the Russian critics below 👇

This series divides opinion, but is well worth trying. The stop-start pacing with regular diversions to fill in blocks of background is a common gripe. In that sense if you liked Ozarks (we did) perhaps you will like the pacing, However, it all moves along quite nicely regardless.

Our main criticism would be a British Prime Minster who is completely unbelievable and GCHQ itself, which I imagine will have actual staff hopping about in frustration at the unflattering portrayal.

Not a classic, a bit wokey, but pretty good and very watchable if you find it works for you. Suggest ignore the somewhat dire comments of some and judge for yourself. You only need to watch one episode to weigh it up, which is pretty handy.

I have always thought no one can makes spy shows as good as the British and this time again they have excelled in it.

The show's pacing was brilliant, it didn't linger on anything for too long. Also this is the best representation of hacking I have seen on screen. The show either ended on a cliffhanger or it ended how they wanted it to and that's mind boggling. I sure hope there's a second season.

I had read the advanced hype for this new series so decided to record it. I started watching an hour after it finished (without adverts) and I must admit I agree with the journalist, Lucy Mangan, who reviewed it for a National Newspaper. It was about as gripping as a piece of ice sliding on a sheet of ice! I always wonder about programme quality when a whole series is available on catchup apps on launch day. I now know why. It was poor and Abigail let down.

First, don't listen to all these fools complaining the show is "woke". It's not woke in the slightest. It is about a brilliant young woman in the UK who earns a coveted internship at GCHQ and finds something because she is assigned a menial task that her managers do not want to do. Anyone who has worked in the security space will know that this sort of thing happens all the time (though on a smaller scale).

Second, the show reflects well the ways in which Russia is influencing politics in the United Kingdom. It portrays Russian strategy and dogma in a very realistic way and engages directly with contemporary issues in the UK.

I suspect many of the people commenting here are upset because the show has brought up some uncomfortable truths with which they do not want to contend.

Ignore the fools, watch this show.

Definitely 2nd division and disappointing. It could have been so much better but the screenplay and acting was pretty awful. It had great potential but it was all a bit ' so what ' ? 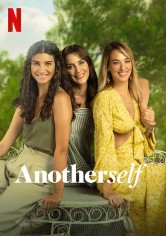 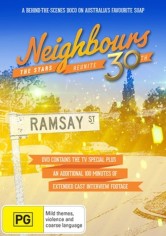 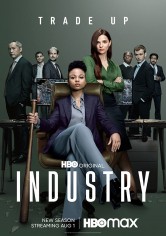 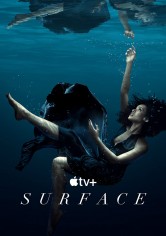