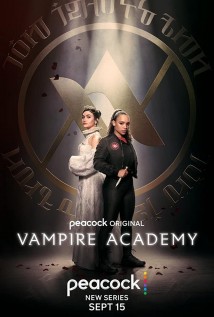 In a world of privilege and glamour, two young women's friendship transcends their strikingly different classes as they prepare to complete their education and enter royal vampire society.

bonus veren siteler. Did the writers of this show get handed the book only to yeet it out the window... i wish companies would stop taking books that are A plus grade and turning them into steaming hot garbage. Poor choice in cast. I just... i cant believe they did this, if i was Richelle Mead i would be so pissed off. Honestly if you are reading these reviews thinking about watching this show, this is your warnings now... DONT DO IT, ITS A TRAP. Worst adaptation of a book I think I've ever seen... the movie was honestly 100000x better than this show at least the movie followed the book more and the choice in cast was way better.

Did the writers of this show get handed the book only to yeet it out the window... i wish companies would stop taking books that are A plus grade and turning them into steaming hot garbage. Poor choice in cast. I just... i cant believe they did this, if i was Richelle Mead i would be so pissed off. Honestly if you are reading these reviews thinking about watching this show, this is your warnings now... DONT DO IT, ITS A TRAP. Worst adaptation of a book I think I've ever seen... the movie was honestly 100000x better than this show at least the movie followed the book more and the choice in cast was way better.

Vampire Academy watchseries. Jumped from one thing to another thing and just sort of dragged on with that the whole way and I lost interest very quick with how boring it was and how nothing was explained. I liked the older actors, thought they were good, but the younger ones that are meant to be teenagers look way too old and weren't the greatest actors. I really feel like whoever was in charge of the cast didn't even try to find people that are/look like teenagers. I mean, are there no teen actors in Hollywood available anymore? Don't know where they filmed, but everything just looked cheap and thrown together. And the script was bad. Lines in this were said by people that you know wouldn't say them in real life because no one speaks like that, especially when they are meant to be hundreds of years old. The swearing all the time was not needed. Also, what was up with the divergent stuff happening in this? The whole "factions" set up test thing and stuff. Is there not anything new to write about these days? Why did they have to take others peoples work and shove it all into this? And I'm not even going to go into how bad the costumes and special effects are...

But it seems like peacock is just trying to create something like legacies or pick any 2020-2022 Netflix fantasy show, and they really dropped the ball. Vampire Academy is literally what they could have called Legacies, could on write up some new material. I'm sick of all the new shows either being a re-make of an older show, a storyline that's been beat to death, or like CSI/SWAT/ The Rookie, (enter any basic cable show here) where each episode is it's own story and there's no continuous plotlines. Please stop creating shows like this, I understand younger people have a small attention span, but I'm a millennial and I love a show that follows an actual storyline and we get pieces of the mystery as each episode goes on. Enough of these one episode plots, they're straight garbage.

1. The series ignores but does not positively transform the source material: Like most viewers, I read the series as a teenager. Are they high art or literature? No. But was there potential to transform the content to be better than it was? Yes. But that involves apparently understanding your target audience, which the series does not, and/or having a strong creative vision, which this series has neither. At all turns, this adaptation makes this series look more generic, boring, and convoluted than it needed to be. It removes what makes characters memorable, and creates a soapy, uninteresting world, which unfortunately is what Julie Plec has been doing for years.

For example, the pilot episode lacks conflict, so WHY would you remove the idea that Rose and Lissa run away at the beginning of the story? It's a conflict point with them throughout the book because they're treated as outsiders, and Rose and Dimitri have fights over the fact that he had to drag her back. There's none of that dynamic for those characters here at all.

Furthermore, what is with all the character assassination? Is character writing dead now? Why did none of the characters get good character introductions? Were is Christian Ozeras snark? Where is everyone's respect for Dimitri? There used to be a time when showrunners were INSANE detail and control freaks, because that was how you got good content week to week. This series is just generic, it feels like the creators skim-read the books and didn't refine and sharpen the story so much as water it down further.

NO I'm not talking about Rose being black. Although it is annoying that she's not Turkish anymore, but maybe they'll address her also having a Turkish heritage later. What was most insulting is that Dimitri Belikov is not Russian. It is literally one of the most important parts about his character. It informs his mannerisms, his backstory, AND if anyone had read the novels, a significant part of one of the books takes part in Russia because of him. It's not that hard to find a Russian actor, wow.

Which leads into the fact that there's a painful, typical American-ism to this series, which is lazy and offers a faux attempt at diversity whereas really, the creators are just unable to look for a second outside of their own American-centric culture in order to make anything slightly more interesting or less generic. If you take a look at any of the last names of characters in this series, (Dashkov, Dragomir, Ozera) you'd realise that the series is supposed to be informed by Eastern European culture. They couldn't translate that into the production design, casting (e.g. Accents) or writing at all? Again, not talking about ethnic diversity. Eastern Europe is ethnically diverse. This is just terminally American in every other way.

3. The lighting and cinematography is so flat and lifeless that I was looking at the black bars at the top of the screen just to witness something dynamic. It's like production design lit the room but no one thought about shaping light or negative fill for the closeups. Ouch.

End of the day, the budget and effort put into this is LOW. Why? Because it's a property aimed at teens and young girls. I'm tired of putting up with the rubbish adaptations they keep serving us. It's got very sloppy attention to detail; this is another property with squandered potential because of a small budget and symptomatic of the broader problem that virtually no one is t

I like the work of Julie Plec but sweet Lord of Potato, this is horrible. I loved the books and I wouldn't personally mind some changes (from the books) in the TV show (they are necessary I think). But this? This is so disappointing. The characters of many were completely ruined, the story sucks, the choice of actors is honestly not good in the most cases even though they are good in their other shows or movies.

Other than that - Dimitri Belikov is supposed to be Russian - it is actually very important for the story (of course story of the book) and not to be played by the actor with heavy British accent. It just doesn't make sense.

This is just sad.

I don't care about the skin colors of the actors or their sexual preferences or whatever.

I just care about great writing, directing and acting.

And this series has absolutely none of these.

The writing is atrocious. Things don't even make sense. For example, the reason for having a strong big security gate is to prevent intruders or prevent your enemies from easily attacking you. So what do these idiots do when they hear some strange sounds outside the gates? They freaking immediately open the gates so that intruders could easily attack them. So stupid.

The directing is atrocious.

The acting is atrocious.

You get the point.

Everything is just terrible. 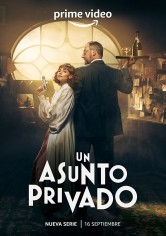 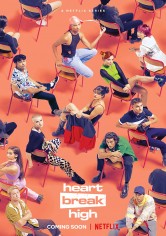