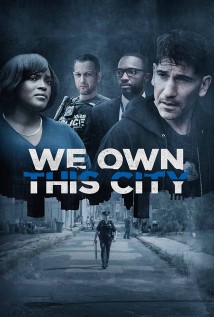 Tells the story of the rise and fall of the Baltimore Police Department's Gun Trace Task Force and the corruption surrounding it.

Best We Own This City Episodes

We Own This City Trailer

View this show as its own entity - despite it being as ambitious and involved as The Wire. The writing is spectacularly good and thankfully avoids cliches and so many other pitfalls that are the standard of network 'cop shows', which has also been creeping into non-network shows of late. And the acting talent meets the quality of the writing and direction. Hopefully people can just sit back and enjoy the show for what it is and not politicize it - taking sides, etc. Just the fact that it tackles a specific subject in a way that hasn't been done in this style is such a breath of fresh air and this show is worth watching.

Well, actually I live in a rural area in Baltimore County, but am very aware of the BCPD problems, corruption, and largely the lack of the SA (MM) input into the judicial system.

So far, (Epi 1) this is absolutely true what is being played in this 1st episode. Brutality and lack of; is the day to day 'exposed' problem that endures the lawlessness that occurs daily on the streets of Baltimore. Who REALLY owns the city? The criminals, the innocent, or the BCPD?

On top of this, you have a over zealous 'Gun Trace Task Force' that goes way beyond it's scope. Planting items, guns, drugs, to catch whoever is in their way.

You have good cops and bad cops. This has always been the case from the test of time. By in large we have police commissioners that are ineffective. How can they be? So many are here and gone before the sun sets. Heck, you can look at BC Mayor and that alone is enough to tell you that this city is ill. Just as many mayors have been corrupt, (Sheila Dixon, SRB, Catherine Pugh) gawd, the list goes on and on.

If you really want to see how Baltimore is, and other cities like NYC and Chicago, Philly, and Detroit look no further then this story. This is the story that needs to be told.

It's all there. Right in front of us.

Sometimes you just know a show is going to be great. 5 minutes in, the dialogue rings clear, and you just know the cast has it. I had high expectations from this series and it did not disappoint.

For those wire fans out there I would say this seems like a very solid piece of work, based on 1 ep. Was a bit uncertain based on some early comments but luckily those can be ignored. This looks like it's going to hit the spot! Performances, the general set up and the differing points of view have been established that look like they will provide the basis of a great story. Let's see.

Excellent introductory monologue from the sergeant at a lectern, sets the scene without being speechy preachy. The gritty, realistic style is appropriate and also present in the opening credits overlaid with saxophone and reportage.

The story runs on multiple strands, possibly too many, but the jumping around is like a kangaroo on heat, making it a huge effort to focus on what is going on. This might improve now characters and themes are established.

A decent first episode, it remains to be seen if this excels or tanks.

When writing this review only the 1st episode is out , and waouh what a super cool wild ride. Extremely captivating , very interesting characters and story.

Totally recommend and hopefully the upcoming episodes will be as good as the first !!!

Huge fan of The Wire and it's cast I've been looking forward to this. It's obviously not connected to TW but looks like it is.

Loads going on in this first episode and I'll need to rewatch it before E02 but I thoroughly enjoyed it. Hersl looks like the stereotypical bad cop which we will no doubt see much more of.

This show is so "good" that I am unable to follow what is going on, I was afraid of that as I had a similar experience with the wire. I figured that was because of some of the unfamiliar slang. I'm hanging in though as I did with the wire, hoping at some point I will have enough comprehension of what is going on that I can appreciate the good writing. I just wish it were not so darn hard to follow.

This has nothing in common with the hit series The Wire, also done by HBO, except for a few familiar cast members that crossed over. First of all, it's all over the place, jumping from scene to scene before the audience gets a chance to figure out who's who.

The camera work is shoddy. High school film class shoddy. The music is poor, but that's minor. Most of the characters are forgettable, Jon Bernthal does his best but it's not going to keep my interest. Other characters have just boring lines or are just hand cuffed spouting a poor script.

This is done on a low budget and anyone can see it's not the usual top quality HBO production. It just feels off in every scene. About the only thing worth watching is waiting for corrupt cops to get caught, and the first episode doesn't even show how or why.

Just a whole lot of wondering how this passes the HBO quality control. Perhaps they fired the old guard and hired 19 year olds and this is their definition of good. It's not.

There are moments when I just had to stop and go back - 'was the acting really THAT terrible just now?' - and yes, it was. It is FULL of moments that completely takes you out of the show due to wooden talent-less attempts at reading lines. I had some hopes for this show but man, it is rough to listen to. Hard pass for me. 1/10!

Jamie Hector who played Marlo Stanfield in Wire is a cop now.

The show stays clear of cop show stereotypes. It rings true, a blank feeling created by the lack of music, just like the Wire.

Actors back the quality writing. 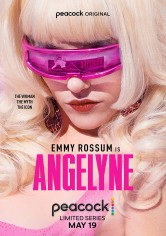 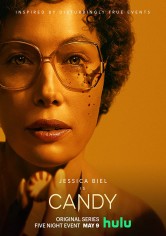 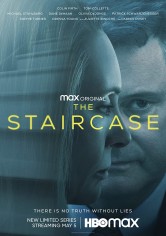 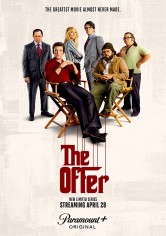