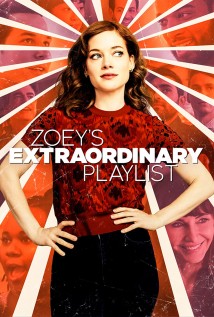 A young woman discovers she has the ability to hear the innermost thoughts of people around her as songs and musical numbers.

A fun weird interesting premise, just watched the premire episode, and I actually was entertained, not sure on how long it will keep continuing as a series. The musical numbers just kind of jump out at you, and when it comes you really love watching it. Jane Levy brings an enjoyable girlish charm to her role as Zoey, and the rest of the cast are also good.

Zoey(Jane Levy) has a M.R.I., and when a little accident come with it, And after Zoey discovers that she can hear what people are thinking through musical numbers. Zoey is creeped out and at the same time intrigued.

I am in love with this show. The feelings are so real and I love that unlike Soundtrack this cast actually sings with their own vocals and doesn't lip sync. I'm really glad someone brought this to life.

I knew this was going to be a big hit when Mrs. Shullivan stopped hitting her keyboard and started wiping her tear ducts. It takes about 20 minutes into this series pilot episode to understand where this comedy/drama /musical/dance series journey is taking us but what a pleasant ride we are taken on.

Kudos to the team of creative writers and to the choreographers who made me forget how great West Side Story was, and hey, who doesn't like a few Beatles song dropped into Zoey's Extraordinary Playlist?

Jane Levy was so good in her previous TV series, Suburgatory, and she is fantastic in this her new series. The supporting cast is top notch and I see a bright future for this TV series. Stay tuned for some more great musical and dance numbers with top notch story lines. We have a new hit on our hands!

Laughed out loud 3 times in the first ten minutes. Then they tug heavily on your heart strings more than one in the next 50 minutes. Laughed several more times.

Good character development for a pilot episode. Looking forward to February 16 for the rest of the season.

Why not make the great series that deserve a place in the top 250 in imdb ? This show is called love, it has all kinds of feelings and energies, in the moment you find me crying and in the moment I laugh and in the moment I dance and sing this show What we need precisely this period This show is one of these very endreamed shows and it will remain endeared if he does not get the support he deserves A perfect show and Jane Levy and Skyler are the best. Rating: perfect

Only a few minutes in but reminds me of Eli Stone which I loved. Even started out with a Wham tune so I'm guessing it's not a coincidence?

{Initial Impression} I think I'm really going to enjoy this series. It is one of the new mid-season replacements, with a quirky fantasy premise that musical theatre people are going to love. The cast is a great mix of established talent (Mary Steenburgen, Lauren Graham) and great young talent. Jane Levy shines and perfectly creates a fully articulate, emotionally full, Zoey. Although this is on the NBC lineup, it is filmed in Canada🇨🇦, therefore, is filled with Canadian support talent🇨🇦. The music is great, performances are great and the premise is fresh and hopeful. Based on the first episode, I rate this series, you guessed it, an 8, (great) out of 10. {Fantasy Drama}

Season One. Fun and edgy. Season Two. Right down the Hollywood playbook. If it was the same writers, maybe they will learn. I doubt it. TV shows that make it, entertain. When they get preachy, the audience finds a better use of their time.

Love this show already. Fun, emotional, colorful and fresh. And yes, the first episode made me cry twice.

I watched the pilot episode last night and laughed quite a bit. The show is obviously going to be quirky, based on the premise. It will be a few more episodes before we'll see if the musical number concept will hold up, but so far it's working and fun.

The casting has a lot of familiar faces. In particular, I love seeing Mary Steenburgen as Zoey's mother (there is a moment when Zoey and her mom look at her father, and they really look like mother and daughter). Peter Gallagher does a great job as Zoey's locked-in father, especially making the transition from singing back to locked-in. Lauren Graham is also doing a fine job as Zoey's boss, even if the character is a bit too cliched.

Actually, the biggest deficit in the show, based on the pilot, is that many of the characters and situations are too cliched. From the big brassy black woman living next door who dispenses wisdom and insight, to the unrequited love angle, to the boss who sends emails while not really listening. Even the basic arc of Zoey's character is too easy, shy/socially clumsy girl has an unusual thing happen and is suddenly bursting with self-esteem.

I think this show has a lot of potential for fun. It'll be interesting to see how Zoey deals with her ability in the longer term (the pilot covers a week of time). If you like quirky comedies with a healthy does of drama, then this is likely the show for you. 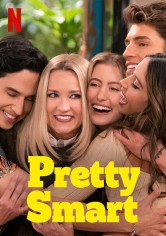 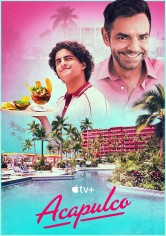 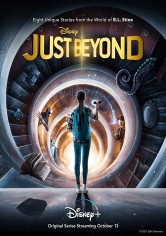 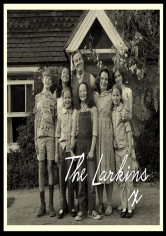