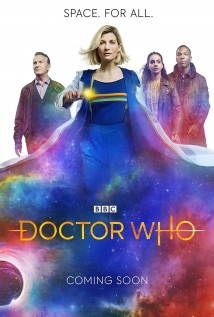 The further adventures in time and space of the alien adventurer known as the Doctor and their companions from planet Earth.

Please contact security and have them escort Chris Chibnall off the premises immediately.

Sincerely An ex Doctor Who fan

I see I am not alone in deploring the decline in watchability of Doctor Who with the 2018 season. The series rose to absolute brilliance with many of the episodes of the David Tennant and Matt Smith incumbency. Although I loved both of them as Doctor Who, the real excellence was in the scripts, full of wit and whimsy allowing the characters to engage your interest, love even! Some of the stories were good too, but even if they were a bit feeble the ongoing stories of the Doctor and his companions carried you on. The enigma of the Doctor is the main interest together with the paradoxes of the time jumping. I just put up with the snarling monsters and special effects! The current series completely lacks the wit and whimsy. How can anyone criticise Jodie Whittaker as the Doctor when she is not given anything interesting to say? The stories are complex and the action convoluted. I can't and don't follow them to the end of the episodes, and only my long history as a Doctor Who fan keeps me watching at all. I don't say bring back Stephen Moffat as writer because despite his absolute brilliance at his best, I think he was losing interest. But please, please find a new writer who can put something in the mouths of the Doctor and his companions that is entertaining. A good story wouldn't hurt either! Failing these I'm afraid we may be looking at the last series of Doctor Who. I'm 68 so may not last long enough to see another revival.

Doctor who has gone from an entertaining show that appealed to all the family.. to a, diversity above talent, horrendously written and produced dumpster fire.

Chris Chibnall's social justice plot lines are not entertainment. Halving the viewing base in less than a season is a truly astonishing achievement.

Jodie Whittaker has been seriously miscast. Doesn't suit the character at all. The "fam" companions are also miscast. Just awful acting all around. They are let down by the writers but the show is just a mess.

I've watched doctor who for decades. Not wasting my time watching this mess.

I was ready to like Season 11 and the female Doctor. And in fact the actors aren't bad, but the writing has gotten increasingly bad. I've watched and loved the Doctor since I was a teenager in 1973. Now I'm considering not watching anymore. This season has lost the sense of whimsy and fun that Doctor Who has always had. In the past the Doctor sometimes tackled serious themes, but it never got preachy or beat you over the head with it's "message". I just got thru watching the last episode, "Resolution", and there were holes in the logic big enough to drive a car through. And I don't think Chibnall's ever watched an old episode of Doctor Who. If he had he'd know the original Daleks couldn't fly. I as willing to suspend disbelief as the next guy, but I can't suspend my reason. I really hope the rumors are true that he wants to leave. Maybe a new show runner would be able to write something original without forgetting about everything that went before.

.. are NOT Doctor Who. I don't know what it is. The adventures of some random people.

I am one of the millions that have stopped watching it, and I have no joy in saying that, but under Chris Chibnall's course this show has become a laughing stock. The first episode attracted 10+ million viewers, that number has now sunk to less than 4 million. If I lost 60% of my customers I would be out of business, why hasn't there been an announcement that Chris and Jodie are leaving?

I would class the Chibnall era as 1/10, the episodes are unwatchable, Resolution was enough for me. Prior to that we had Capaldi, not my favourite, but in comparison he was good. The Tennant and Smith years were the greatest, as a family we'd have pizza and make an evening of it, now we just enjoy the DVDs.

Please BBC listen to your viewers, give us back Doctor Who, before Chibnall wrecks nearly sixty years of history.

I was hoping this would be a new chapter in the franchise that was fresh and exciting, but this is a terrible let down, I have tried to stick with it but it just doesn't work, the writing is leaden with dull stories, little excitement and too many assistants adding to the confusion. There is nothing wrong with the new doctor per se, but get rid of her team of companions, add some decent scripts and move it back to Saturday please please please

I was so looking forward to a female Dr. Who. But instead we got a nothing Dr. Who. And it probably isn't the actress' fault--in fact, she's done excellent work elsewhere. It's just that the scripts are atrocious. These new episodes are unimaginative, unsurprising, and unbearably dull. Some of them feel like after-school specials. Some of them feel as though they were rejected story ideas. Some of them don't feel like anything, they're so poorly created and produced. What a disappointment: creating a female Dr. Who and then not giving her anything to work with.

Such a shame. When Dr. Who has been good, it's been great. Now it's not even mediocre.

The first episode was weak on plot, and quite derivative - did the writers think that no one saw Predators? OK, we'll give them a pass. Most Doctors need a few shows to get into a grove. But there is no excuse for the preachy crap that they're pretending it's a science fiction show. The plots are dull, there is no underlying plot arcs, and the companions are boring. Bring on more seasons of the Expanse.

I've been watching since Jon Pertwee, and I really was looking forward to Jodie Whitaker. But season 11 is utter, utter garbage. I still have 3 episodes left on the DVR, and I just can't bring myself to watch them. There will always be ups and downs with this series, because it must always be trying new things. Some of Davies' ideas were a bit lame, and Capaldi struggled at first, but it was always worth sticking through the rough spots. This is quite different. It's not just a rough spot. It's not just a little wobbly. I can understand the thinking behind it - let's shake things up a little, let's freshen it up and give it some new life. Let's look at some actual history, and see what we can learn from it. I applaud that. But you have to actually deliver. Instead, the writing is leaden, the action superficial and boring. There is no wit, no charm, no cleverness. I feel bad for Whitaker and the rest of the cast. They have been given nothing to work with.

I have been a fan of Doctor Who since the 70's. Didnt like the Sylvester McCoy era, but not many did. Christopher Eccleston was obviously doing it as a reboot for his career you can see that in his acting. Now David Tennant was amazing, great scripts, great acting and fab special effects. And so the quality continued for another 10 years until Chibnall took the reins.

Now in 2018 we are given something which seems as though it was written by a school kid. Special effects are ace still. But the acting is abysmal by all the lead characters. The scripts abysmal. Jodie whittaker while I have heard great things anout her in other series, plays this with all the conviction and talent of an 8 year old at a school nativity play. She looks totlly lost in the role. The only actor remotely okay is Bradley Walsh and lets face it quality actor he isnt! But he would have made a better Doctor with a different writing team

I gave it a go, am 5 episodes in but its getting no better. Time to give up.

As for the PC bias in this well I am afraid it has swung too far the other way and got caught up in its PC agenda, rubing our faces in it in every episode. Sorry all you have done is alienate us. I dont want to be made to feel unconfortable about who I am when I watch a family program. Dr Who used to be good wholesome family entertainment with no agenda. Lets get back to that. 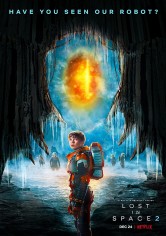 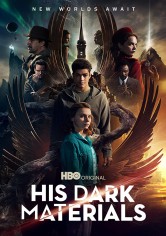