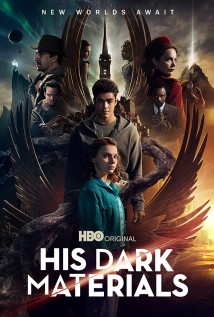 A young girl is destined to liberate her world from the grip of the Magisterium which represses people's ties to magic and their animal spirits known as daemons.

I've heard a few people complain already that "It's trying to be "Harry Potter".

The first book in the HDM trilogy was published two years BEFORE the first "Potter", so y'all can stop that nonsense right now. I like both franchises, but "His Dark Materials" is shorter, better written, and has deeper content.

I was let down by the movie adaptation, so I'm very happy to see this new version which can take its time and look and feel more like the book. I'm hoping it's a hit. This series is anything but predictable. I won't spoil it for anyone, but expect the unexpected.

I read a review on here stating that this show is a rip of the Golden Compass movie...... seriously??! Im just hoping its a joke comment, also why are people giving this such bad reviews? Seems like people these days just dont understand what a book is or how to read one, i loved the movie but the show seems spot on so far, also some people giving out that its on late and wondering why as its a "kids" show....if you've read the books you would know it gets very dark. Anyway Loving the show so far, i will be watching every week.

Holywood nearly ruined these books with a schmaltzy kiddy version 'The Golden Compass' But these books work because they address difficult issues of soul, God, morality, authority, parenthood, death, love and duty. The Disney treatment simply destroys its essence.

So how was episode one? Acting Tick. Script tick. Cinematography and sets, tick tick. This looks like it is going to turn out well. Good production values and it seems as though it will be true to the book with actors who can carry it off. Finally an adaptation that compliments a classic and doesn't have some idiot egotist Director or committee of 'We know what our demographic needs to see and hear' network executives doing a version that paints over a masterpiece.

(I've read the books several times) Episode 1- I was looking forward to this and it hasn't disappointed! (a first for me, with fantasy adaptations) Plenty of money has been thrown at this series and it shows, in a good way. Yet there's nothing Hollywood about it, it's 100% British.

We're treated to a good bit of the background story during this episode, a thankless task, skilfully done and quite quickly. We're immediately thrown into the action and I am hooked, even though I know what's coming.

The sets are amazing, the music excellent, the cast is A1: this is the BBC so it is exceptionally diverse -which is already giving us a bunch of fine actors that might not be so famous and gives us a bit of modern colour. I'm not sure yet about Lyra, she's not what I expected but I've the feeling she'll turn out to be what was needed, if not what I wanted. Lord Asriel is just the right mixture of downright attractive and breezily self-centered as in the books. As to Mrs Coulter she's just fantastically and dangerously attractive. I finally understand what Lyra loved in her. The Gyptians are represented perfectly and individually and the whole thing has a tint of alternate medievality which mirrors the book exactly.

All in all, episode 1 is a success.

I could go on and on but really, just watch it, you'll know after twenty minutes whether you'll like it or not.

Episode 2: some fair deviations from the book, all in aid of story comprehension, suspense and doling appetising spoilers from much later to the viewer so that they won't drop off - you can't blame them really, they need to keep the viewership interested, considering the price of production. It's still very well done, and it's quite scary and tense, also the modern world (already shown) has been updated to current times. It looks like episode 3 will carry on with being rather different from the book storyline, while sticking to it at the same time, if that makes sense. It's rather on the dark side, and definitely not for children the way the books are.

Episode 3: I had minor doubts with episode 2 and the "new" storylines but this episode was very exciting and has allayed them. The whole thing is now moving forward properly and the plot is very tight in an action TV series sort of a way, without losing the spirit of the books. Back to a 9.

The following episodes are a bit hit and miss, some pacing/acting /directing issues - Lee Scoresby the one unmitigated success - trying too hard to force suspense to fit the tv format rather than concentrate on telling the story as a one whole, but the last episode packs a punch and gets to you. And really leaves you hating having to wait a year for the rest, excellent finish.

While there were a few pacing/acting issues in series 1, the first 2 episodes of series 2 are nail-bitingly near perfect. Absolutely brilliant beginning and better visuals than ever. The plot and the world's are really well handled in every particulars. Persevere if you were in two minds about series 1.

As a huge fan of the books my expectations were sky high and I really haven't been disappointed. Page and screen are such different media there is no way one can adapt to the other without making certain changes to make it work. For me the changes for this, expanding certain plotlines and introducing some concepts earlier, slightly changing and expanding the roles of some characters has really worked and served the adaptation and storytelling well. The pace has been of a confident slow build, really inhabiting the world and has eskewed adding unnecessary axtra action sequences to satisfy the more impatient. Genuine family entertainment that rewards attention and patience, I can't imagine a better adaptation without tripling the production budget, though they may need that by season 3.

To this day I still do not know why the film failed to deliver. It might have been bad timing, or some other dark forces at work. Yet, more than a decade later, His Dark Materials is granted a new chance to acquire a long-promised but deserved status to literature masterpieces who hop into popular media. Lyra's Jordan does exactly what it promises; it sets the foundations to the story, while taking time to describe Oxford - not our Oxford mind you, but one that could exist somewhere else. The college, the Gyptians and their customs, the Cobblers - with Asriel, Mrs. Coulter and, of course, Lyra in the midst of all- have been presented in the best way possible. Sunday nights have just got interesting. Looking forward to seeing how the story unfolds.

I despair at some reviewers on here. How can anything be given a rating of '1' especially if they haven't even watched the whole of an episode? The start of any such series will need to build a story and will take a while to develop characters. The scenery and CGI alone must warrant a high rating given the atmospheric mood they create. You just can't please some people who seem to think this stuff is easy!

I enjoyed the first episode and am looking forward to the rest, to watch the story unfold. However, I won't add a rating at the moment because I haven't seen enough to judge it fairly. Ignore the '1' and '2' ratings - I think there's a low IQ convention in town.

As someone who has read the books and watched the earlier film, I enjoyed it. However, I was watching with someone who had no prior knowledge of the stories, and had to explain certain elements of the plot, which weren't covered very well.

Ruth Wilson is so good as Mrs. Coulter!! I hope she gets some recognition in her excellent acting on this complex role.

I'd say any hype around this series is based purely on the fact that more of the book's content is going to be shown (versus the film) and not about the acting or the portrayal of the ideas in the book (e.g. the intimacy of human-dæmon bond).

Visually it's quite good, and it's nice they're able to show parts of the book that a film wouldn't be able to, but I've found there's something lacking in this series. The acting is a little bit stale and it fails to draw you in and keep you invested. It's just not as gripping as the book. There's also a big verbal emphasis on the significance of dæmons but it isn't physically shown, i.e. there's almost no affection shown between (in particular) the kids and their dæmons, which means the relationship Mrs. Coulter has with her dæmon is shown as less significant than it should be.

I've seen people her complaining about the pronunciation of the word "Daemon". It is in fact pronounced demon. If you've imagined that differently reading the book, that's not the shows fault. 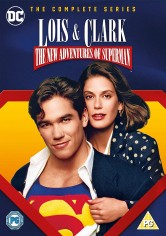 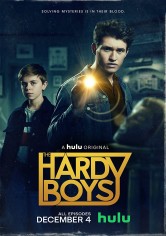 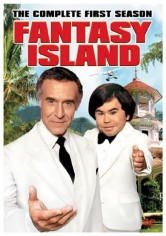 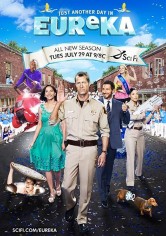