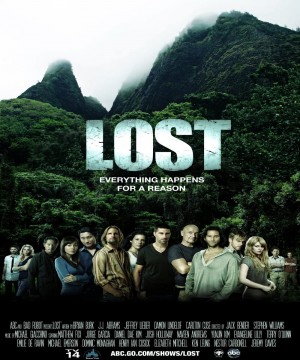 The survivors of a plane crash are forced to work together in order to survive on a seemingly deserted tropical island.

As far as series go, this is likely one of the best in the last 20 years. Good character development, keeps you wanting to see the next episode, and enough mystery to keep you interested.

Possibly the greatest television fantasy/science-fiction show of all time, despite lots of loose ends that didn't get resolved in the shortened final season. And that's not just because of the late/exceptionally vague references to (Egyptian, Greek, and Roman) antiquity, or the Manichaean theme of Light/Darkness (which it shares with Game of Thrones). I will forever associate it with commuting, and our two summers in Australia.

Unless you live under a rock, you've probably heard of the hit show LOST. You've seen the previews, read the 5-star reviews, and heard the conversations about it at the water-cooler. If you haven't started watching it yet, you might wonder if you should start watching. Well, let's put it this way.

If you like shows where you can watch an episode twice and view it in an entirely different way, you will like LOST.

If you like shows where each and every scene has a meaning... Get the picture?

Quite simply, if you have ever liked a TV show at all, you will be hooked.

LOST is a show about a plane crash on a mysterious island. 48 people survive, but the show centers around 14, all with secrets. At first, there is confusion. But as the show goes on, friendships develop, and we learn that there is more to the island than what it seems...

The characters are fantastic--don't pay any attention to those who say the cast is so diverse it is clichéd, those are probably the same people who would have criticized it if it was all white.

In short, watch. You will be hooked, unless you're one of those nitpicky people who have a hernia if every single detail in the very first episode isn't exactly correct. Otherwise, I must ask the question... Why aren't you watching?

People say this about a ton of different shows but Lost really is one of the best tv shows ever created! It is one of the most original and thought provoking shows ever and even though a lot have tried, there has never been another show like it! It will keep you guessing and on the edge of your seat throughout the entire series! I couldn't recommend this series enough, it's absolutely one of my favorite shows ever!