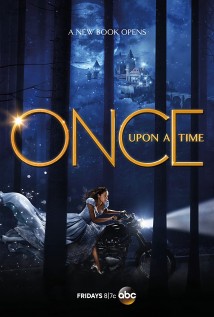 A young woman with a troubled past is drawn to a small town in Maine where fairy tales are to be believed.

Once Upon a Time Trailer

I loved the first six seasons of Once Upon a Time, and actually binged all six seasons twice and eagerly awaited the arrival of season 7. There are few shows I can recommend more highly than the first six seasons of Once but seven was beyond disappointing. I couldn't make it through the first episode. Not even Colin O'Donoghue and Robert Carlisle could save it. I hated all the new and revamped characters. They lacked the class, style, fun and imagination of the original cast and the story itself was absolutely lackluster.

If you want to continue enjoying Once Upon a Time, do yourself a favor and rewatch the first six seasons.

Seasons 1-3 were excellent! I could not stop watching. Then 4-6 came along, and I thought they were pretty decent but definitely worse than the first three. I think that the show could have just ended after season 6 but nope... They had to make a terrible 7th season

Overall though, this show is great

I absolutely loved series 1-6. I couldn't stop watching. I think I must have watched them all in less than a month. It took me to a land far away, and into that little fantasy world that's not reality world. BUT. I'm sad to say that series 7 is such a disappointment. I'm only on episode 6, and instead of watching it I'm writing this review. I wish I was one of these people that can give up and didn't have to watch the entire series of programmes. I'm going to pretend, after watching series 7, that they all lived happily ever after, after series 6.

A very interesting concept for a show, the first season was rather interesting and had an compelling storyline. The way the fairytale world is mixed with the real world is beautiful. The main characters in the first season, regina and emma, are interesting and the storyline is wrapped up nicely by the end of the season. In the second season, there is a lot of character development and more fairytales are connected with the characters, again done beautifully, fairytales are intertwined, resulting in an exciting storyline. In the third season, new characters are introduced and they travel to new locations. This season is overall less compelling than the first and second season, and slower-paced, but still enjoyable to watch. Although the first half of season 4 still shows some enjoyable content, this is the turning point for the series, after this it seems like show was just going on for the sake of going on. Season 5 isn't gripping at all and it feels like they just ran out of ideas. Season 6 is a weaker version of season 5 and season 7 is just plain boring. Watch no further than the first 3 seasons, and maybe give season 4 a shot.

I have to say when I started watching I thought it was a bit different and pretty fun, and for 4 seasons it was. Season 5 however was the turning point.

Season 5 was a mess, a drawn out convoluted mess, and it just stopped being fun. It was downhill from there, and season 7 is just a different, inferior show sadly.

I realy liked the first 6 seasons, but i simply do not understand why they made a 7th season. Wich does not even have a original start... If you can't think of something new, just don't make a new season then.

Once Upon a Time already shows much potential with a great pilot episode. It really got to the point without giving everything away. It basically tells the background information behind the story seen in the shows fictional town of Storybrooke. It does this in just the right way so that the viewer won't get confused or bored from just hearing the talk of fairy-tales from the side of a little boy.

It's simply about Emma Swan and the destiny she's unaware of. Before she was born a prophecy was foretold that an evil curse would befall all of the inhabitants a fairy-tale kingdom sending them to a world where they no longer remember who they are or the happiness they once knew. In the prophecy it is foretold that Emma would be the one to return and save them from the dreaded curse.

Now while there are many other characters in the story it is meant to revolve around Emma and the issues she must face in order to overcome the curse. The story shows much promise already and with no doubt it is sure to progress as the show continues. Morrison (Emma), Goodwin (Snow White), and Parrilla (Evil Queen) have already hit all of the right notes in just the first episode, Parrilla I loved mainly because she makes a very worthy villain in the show.

Even though it has only begun there is great room for success and progress. I think this could be the show of the fall/winter TV season to watch. If any one decides to watch just one show this fall then let it be Once Upon a Time.

I enjoyed the first 6 seasons immensely My Rating 10 but the current one no 7 is SOOO BAD!! My rating 3 :( Dania Ramirez looks old and like she is always in pain here we have a nearly 40 year of woman playing Hendry's Cinderella but looks more like his MOM probably double his age and looks it to :( and her acting is sub-par!! she should go back to Devious Maids where not much acting is required. I was looking forward to this now I'm just fast forwarding hoping this is a nightmare scene and we all go back to Storybrook with a Happy ending not the Disaster!!

I must say that the first 4 seasons captivated me, but I know that everyone has felt like the series was losing quality consistently, if the fifth season was bad, zero creativity and banal clichés, the sixth was worse, forced and repetitive without taking advantage of the characters or history, a shame, but this seventh season is a mockery, a story mediocre, absurd and absurd, the casting is incomprehensible, and what but what they have done with the old characters have destroyed their performance. Sad way to end a series that started well. Not worth wasting time watching this mediocrity. Goodbye Unce upon a time.

I really enjoyed the pilot episode. It was refreshing to view a show that was not another reality series or "dare" show. This series brilliant mixture of classic fairy tales that adults have grown so familiar with and blended it with creative story lines. The acting was well done and the special effects were as well. The casting was well done and I couldn't imagine any other actor/actress playing the parts. Without giving too much away it's worth investing the hour to view! I can't wait to see the second episode and recommend this to any one who is/was a fan of Disney movies/Lost. Older children may even enjoy watching the series 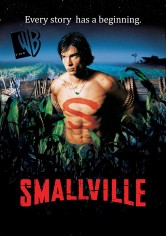