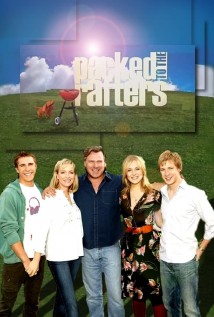 Meet Dave and Julie Rafter just your average Australians with three grown up children. On the eve of their twenty fifth wedding anniversary it seems they're at last about to have the house to themselves.

Best Packed to the Rafters Episodes

Packed to the Rafters Trailer

Packed To The Rafters is a perfect example of Australia's fantastic television industry. The show is not fake, although it is fictional, it deals with characters, relationships and experiences that everyone can relate to.

Packed To The Rafters focuses on the lives of the Rafter family made up of father, Dave (Erik Thomson), mother (Rebecca Gibney), the eldest, Rachel (Jessica Marais), middle child, Ben (Hugh Sheridan) and youngest, Nathan (Angus McLaren). Each episode is narrated by a different family member giving each episode an exciting new take on each characters life. Almost always Packed To The Rafters is full of happiness, joy and laughter. However, darker issues are covered especially when dealing with Rachel and her troubled life and relationships.

Packed To The Rafters is a rare show where the viewer is transported into a different family, which is so like their own, dealing with everyday issues that are exciting and often extremely funny.

The best show on Australian television since the ABC's hit drama, SeaChange.

I found the first 3 seasons of this Australian family drama/comedy on Tubi TV. I've enjoyed a lot of what I've seen. However, no one in this series seems in respect the privacy of others. Case in point, characters just walk into a room (even the bathroom) when the door is closed. Sometimes not knocking, sometimes knocking and not waiting for an answer. What's wrong with that picture? Some characters are extremely annoying, such as, Warney. I would be hyperventilating hanging around that guy. And, no one seems to let anyone finish a sentence. The three adult children, considering they are in the early to mid twenties, don't have a clue about life. That's to be expected, however, it seems to be on all levels, not just a few. The parents, very well played by Rebecca Gibney and Erik Thomson, don't seem to just sit these "kids" down and have a good talk with them. The premise and background of why two of the three kids ended up back home and the third one right next door was a little rushed in the first couple of episodes. It could have been stretched out better. It kind of reminds me of a drama with a little bit based on "Full House" except "Full House" had way much more room than "Packed to the Rafters". Too many family members in too tight of a space. That includes the mom's dad after his wife died. From what I read, a few of the cast members departed after the second, third and fourth seasons. It was a huge hit in Australia when in was on from 2008 - 2013. I don't know why I'm mentioning these drawbacks on a series that started over a decade ago, but these things just bugged me. The set that was used for the house was someplace I would want to live. All of that color and character was very cool to see instead of our American series' or movies that are a bunch of colorless cookie cutter sets based on colorless cookie cutter houses in developments.

The whole series is on Hulu, but I don't know if I want to pay a monthly fee to see the last three seasons. Tubi is free, while ads.

Some people rate this show poorly but I think it's great. It revolves around a middle age couple who's mature kids all move back home through different circumstances and the relationship between all of them. It is pretty light but when there are so many dark serious shows and movies around it's nice to see a really nice show based on good old family values. The characters are all well played and after telling my girlfriend this looks like a load of rubbish for 2 weeks I watched an episode and am totally hooked. This is in it's second season and I hope it goes for a few more. Can't wait for the 2nd season to come out in NZ.

Wow channel 7, what the hell happened? All of the female lead role actors are jumping ship faster then I have ever seen for a new soap. Last season went for 6 shows (WTF?), and upon its return this Aug 2011, it seems like it has lost its magic. Are the actors 'over it', because it seems like all the spark has gone flat. Rachael has gone, Mel has gone, Carbo's flat mate has gone (now on Winners and Loosers).

I never thought I'd say this, but my hectic time schedule allows for Winners and Loosers these days. I am afraid Packed to the Rafters have had too many false starts.

I loved this show so much too. A shame!

This is one of the best series I have ever seen. Love the characters, acting is impeccable, and each episode is wonderful.

Heart warming, funny and relatable! The cast and writing is absolutely sensational. Although I've rewatched it multiple times, I still laugh and cry every time. I have a tonne of love and appreciation for this show and the people/actors that gave it life. You must watch it.

Fantastic. I love Aussie shows and I can't wait for Amazon to take us "Back to the Rafters"

We kept trying to enjoy this show, Series 1, 2. But the poor miserable souls never do, or are to stupid to get a steady decent life. It's 80 percent depressing calamity and if you're lucky 20 percent fun. The only person who ever has it together is the Nurse. She's great. The flashback episodes are informative but drag on and on. If just a couple of the children crawled out of their addiction far enough to give the series some balance it would probably be tolerable or even pleasant. These children are suppose to adults, not teens.

The voice overs may drive you crazy. The soap opera atmosphere may suffocate you. The cutesy vibe may bore you. In the end, you'll watch this with one eye on the TV and the other scanning a newspaper, looking out the window or scanning recipes for that night's dinner.

It's not bad mind you, just a bit precious when it needs to be gritty. Good for young people to learn life lessons, I suppose. This is not brain surgeon stuff. It's often trite in the vein of "800 Words" without the Kiwi vibe and colourful characters (except for a star turn by Hannah Storey as Ruby). A good family diversion but a little bit simple-minded for grown ups.

Such a great series! I want Voula to get her own spin-off show with Effie (Mary Coustas) as her cousin, called Keeping Up With the Karandonis'. Greek-Australian's everywhere will roll over like dolmades to see this.

He did not disappoint. I didn't think I could love him more but I officially do. I adored his work on H2O. He does such an excellent job in this. Everyone in this show was great but Angus has been my #1 since I was 6 years old.

The Sex Lives of College Girls 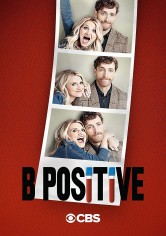 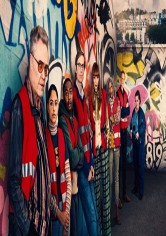 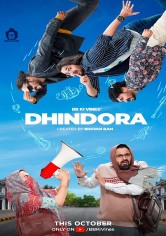