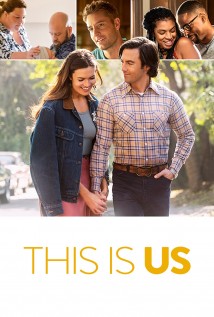 A heartwarming and emotional story about a unique set of triplets, their struggles and their wonderful parents.

Best This Is Us Episodes

This Is Us Trailer

So, this will be my first official review on IMBD. I believe it's warranted because I have absolutely fallen in love with this show. The writing, the characters, the emotion..everything just feels on par and real. I'm really not much of a TV watcher. This show though, and specifically the relationship between Jack and Kate, reminds me so much of my own relationship and it's just a reminder of how much I love and appreciate the amazing man that I have. This show will make you feel things. I really can't say it any better than that. Leave all of your politics and judgement at the door, and give this a chance.

Think the World Will be a better place if most People would watch this show.

Let me just begin and geek out by saying how I started the first season and binged it till the 3rd and now I am writing this review at 4:57 am, in my country and only because I could not 'not' share my review about this.

"This Is Us," is built around four characters who share the same birthday & it is a heartwarming and emotional story about the struggles and life of unique set of triplets and their wonderful parents.

This show celebrates the ordinary rhythms of family life, the unflashy joys of loving and being frustrated by your parents, or wanting to shoot the breeze with your siblings. It's also beautifully acted, most notably by Mandy Moore, Sterling K. Brown & Milo Ventimiglia. It validates it's characters' flaws and does not bow to hysterical dramatics, which the viewer's feel is something that makes it even more authentic!

In the age of Netflix and their cringy shows, I chose to watch This Is Us because it offers so much in so little, It talks about birth, death, career crisis, self-doubts, heart-to-hearts, reconciliations and never fails to make viewers feel something.

Possibly one of the best things in this show, is the ability of an American family to reach the hearts of audiences across the globe in a way that it manages to speak across cultures, resonate with audiences simply because of their characters and well thought storyline, being an Indian and having grown up in a completely different culture I can still feel the warmth of this show and appreciate it.

The first 4 seasons have just seemed perfect to me, 5th is where things really started going downhill.

Possibly the only reason I didn't give this a 10 and would have liked to give a 8.5, is that the buildup is so great but at times we don't get the adequate time to deal with the sudden buildup bursting within seconds. What I mean is, sometimes their buildup is so devastating that we would need a minute to react (and feel that the characters have reacted adequately) and the next second the scene has completely changed.

This is what turned out to be wrong with the beginning of the latest season(Season 5), even though it shows the transition to the almost apocalyptic pandemic society we seem to live in now, it throws at us emotions, situations and current happenings for the audiences to digest within a few scenes.

An amazingly executed drama, whose pilot should be enough to get you hooked because of it's own unique voice.

Edit: I have reviewed the beginning of Season 5 as well in this edit (first 5-6 episodes).

I think we can all admit that it's hard to create a show that stands out, As we are at a time where television is at it's pinnacle point. So when I started this show I was expecting a mildly entertaining series. What I got, is, a show that is real. So much so, that it brought tears to my eyes. That should tell you all you need to know about this beautiful tale about life. The story revolves around a few characters that seem to be unrelated. Just like the facts that were stated in the beginning of the show. However they have more in common than you realize. What sets this show apart from most, isn't the ending, But the journey you take in-between. As someone who's seen many new shows this year, both comedy and drama, I can say with absolute certainty, this is the most memorable. Not only because of it's outstanding story telling but because of it's cast, who bring life to the story.

This is one of my favorite shows, but the writers really do a disservice to Kate's character. We're in season 4 now and every storyline of Kate's -at all ages- is about her weight. We get it: she's overweight and has struggled with it her whole life, but come on. Show her taking classes, show her hobbies, whatever. Give the woman some new content to work with.

Seasons 1-3 rank as one of my favourite TV experiences (10/10). An emotional roller coaster, immersive and brilliantly written and casted. Season 4 was good. What happened with season 5 (1/10)? I cannot believe how bad it is. Feel so let down. Like the last 12 months, a big pile of steaming....

First I am a hard person to fool. The Village. Figured it out. Many others. The Sixth Sense and Fight club got me and that's why I love them. I love to be taken down a path and then realize everything wasn't as it seems.

When the fireman lit the cigarette I realized it was 1980. But I still didn't get that those three would be raised together until the nursery with the knit onesies. I'm good at this stuff and the acting and characters blew me away that I wasn't looking for it.

Then I thought. Well they can't do that every episode because if you are looking for twists you find them. If I was told there was a twist at the end, I would have figured it out (everyone's birthday on the same day, etc). But the fact one was black and the other two were twins threw me. PLUS the fact one was "Ryan Gosling" body and the other was overweight threw me that they were twins. Both played on stereotypes which I Loved they made us look into ourselves a little.

So where does the show go from here? It has a great premise. Dual time lines. You can do a lot with that. Have stories play out with flashbacks to tell a larger story (ala Lost). The casting was nailed with exceptional talent. I was interested in every character. They even nailed it by casting Simon and Simon vet Gerald McRaney. He was the glue that MADE that story line click. He speech on the chair was Emmy worthy. I hope he is a regular cast member and explore his wife's death and the death of his one child.

I'm hooked for at least season one. No need for twists. The dual time lines and great characters is enough for me. They can bounce all around in the 80s when the "triplets" are 4 or 10 or 15. triple time lines or more. Milo and Mandy can be made to look older and cast kids to play the parts at different ages. So much room to explore. I predict a good 4-7 year run.

We used to enjoy this show quite a lot. Both story and character development kept it interesting and it was nice to watch something "clean". Now with season 5, the writers decided to make it political and within the first 10 minutes of season 5 its only virus this and virus that... People watch TV shows to disconnect from reality, not be reminded of the circus that is the world right now. 2 thumbs down, "This is us"

All too often one ends up writing a review about a show that is less than amazing, often out of frustration, annoyance or plain old bored at yet another half as*ed attempt to get viewers to tune in with little effort on plot, dialogue or acting.

I'm so pleased to say, this show is the opposite of it all, it is a delight to have found amongst the tedious modern take on entertainment.

The tale is one of life, of seemingly unrelated people who share something in common, well that is the opener, the twist reveals itself blatantly at the end of episode one, and I didn't see it coming, so far episodes 2 and 3 have not delivered quite that surprise, but what they do deliver is excellence in acting, excellence in storytelling, and a compelling narrative and the continued potential for greatness.

The characters are increasingly well developed with main and side stories in abundance, it has so far kept me interested and perhaps most importantly for a show, invested in who these characters are, and the journey they are on.

There is something spine tingly about the show, as others have stated it can be an emotional journey, with moments of humour and moments of laughter and joy.

It is merely 3 episodes in, but I am hoping we continue to explore the stories being told here, that the cast continues to deliver compelling acting and that the script writers take us on a human journey with all the typical highs and lows that involves. I am looking forward to more, much much more.

If you hadn't noticed, I'm impressed by the acting cred of these people, with a couple of exceptions these actors aren't one's I've seen before, but they are doing an awesome job here.

So for a change, i'm so please to commend this show to others, to say it needs to be watched with patience, with curiosity and and open mind and heart.

STOP EVERYTHING YOU ARE DOING AND GO WATCH THIS SHOW.

Beautiful, Simple and heart warming, this show is one emotional roller-coaster. I've been awed, shocked and surprised, crying and smiling to myself. Loving it.

One of the best pilots i've seen in a while, giving me the best quote, "There's no lemon so sour that you can't make something resembling lemonade." it's simply amazing. It's very rare to feel amazed and fall in love with the show just by watching it's pilot, this is one of them. Two episodes down so far and it has given two amazing and shocking ends, and i just can't wait how it will turn out.

Trust me, Go watch it and you will not regret it. :)

I have loved this show more than anything I've ever watched for four seasons and now I won't be watching another minute of it. I don't need lectures on coronavirus and politics and social justice crammed down my throat, thanks anyway.

Why can't we just have a good storyline with good family dynamics and characters we love? This is just another example of hollywood trying to tell everyone how to think and live and I don't need their advice.

You ruined the best show on tv. 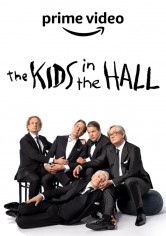 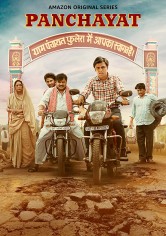 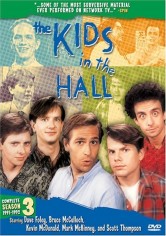 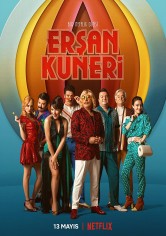